The Pneumatic Subway That Almost Was

New York almost had a pneumatic subway system, but political, legal, and financial reasons kept the system from expanding. 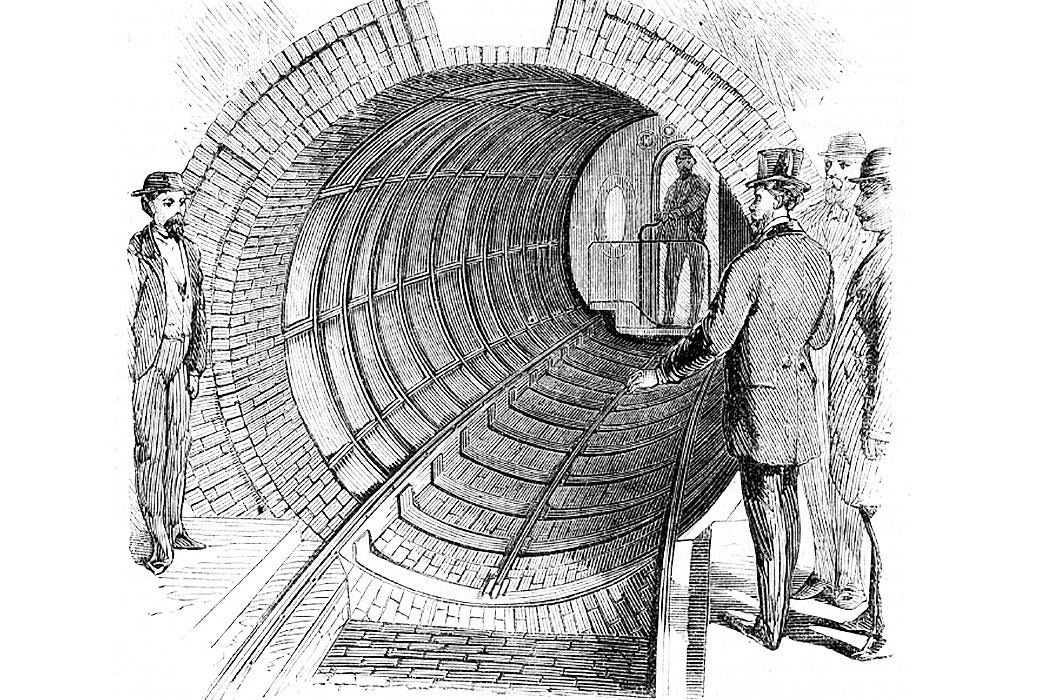 An illustration of the Beach system from Scientific American, 1870
via Wikimedia Commons
By: Matthew Wills
2 minutes
Share Tweet Email Print

You pays your nickel and you takes your ride. In a cylindrical subway car with plush angora seats and gas-lights above your hat, whooshing down a round tunnel via pressurized air beneath the great metropolis… Wait a minute, whose steampunk fantasy is this?

Alfred Ely Beach’s, as a matter of fact, and more than a few other’s. In 1868, inventor Beach, who was also the publisher and editor of Scientific American, proposed a pneumatic subway system for the city of New York. After all, it was just an up-scaling of the pneumatic mail system used within and between buildings.

New York City almost had a pneumatic subway system, but political, legal, and financial reasons kept it from expanding, as well as some technical difficulties.

As Sławomir Łotysz details it, the pneumatic tube idea got off the ground more than half a century before Beach. They called it an “atmospheric railroad,” and both vacuum and overpressure systems were proposed and even sometimes prototyped. The idea was that such systems could be effective where steam trains couldn’t be: on very steep inclines and underground. While other inventors, says Łotysz, “patented sometimes only a fuzzy vision of how their systems would look, Alfred Beach obtained patents for separated components of it such as tube, car, air-blower or station facility.”

Beach didn’t just get patents. He set up a demonstration model at the Fourteenth Street Armory in October 1867. Many thousands enjoyed a ride along 30 meters of wooden tunnel. Then his laborers dug a 95-meter long tunnel underneath Broadway next to City Hall in lower Manhattan, finishing in 1870. An notion has arisen over the years that all this was hush-hush, but it was not exactly a secret at the time.

Thousands took the short ride in the small cylindrical car before Beach lost his lease to the space in 1875. Yet it wasn’t gentrification that killed the pneumatic subway. Political, legal, and financial reasons kept the system from expanding, as well as the major technical challenge of how to get more than one car in the tube at the same time.

When New York City’s subway system finally did open in 1904, the trains were powered by electrified third rail. The city would consolidate two private and one public line in 1940 to create the largest public system in the world with 469 stations. Beach’s tunnel was destroyed to make way for one of those stations, the ornate City Hall Subway station, which is no longer in use.

Much mystique and myth have grown up about Beach’s tiny railroad. Some say it still runs… but that’s probably because they’re in a crowded subway car that has mysteriously stopped in a tunnel on the way to work, the lights flickering and the air-conditioning weakening. It’s always cooler, in every sense, on the other train. 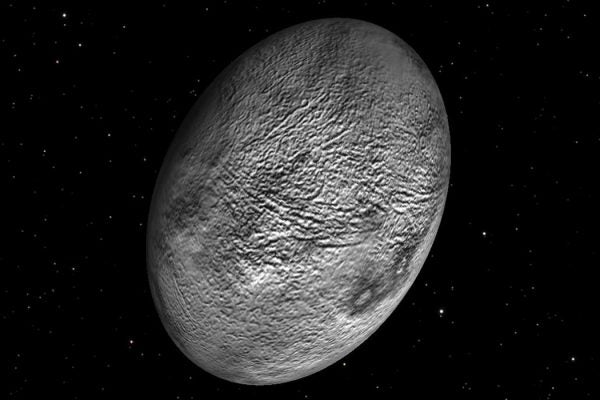 The solar system is apparently more crowded than we thought: astronomers have discovered a new dwarf planet. Some dwarf planets don't play by the rules.