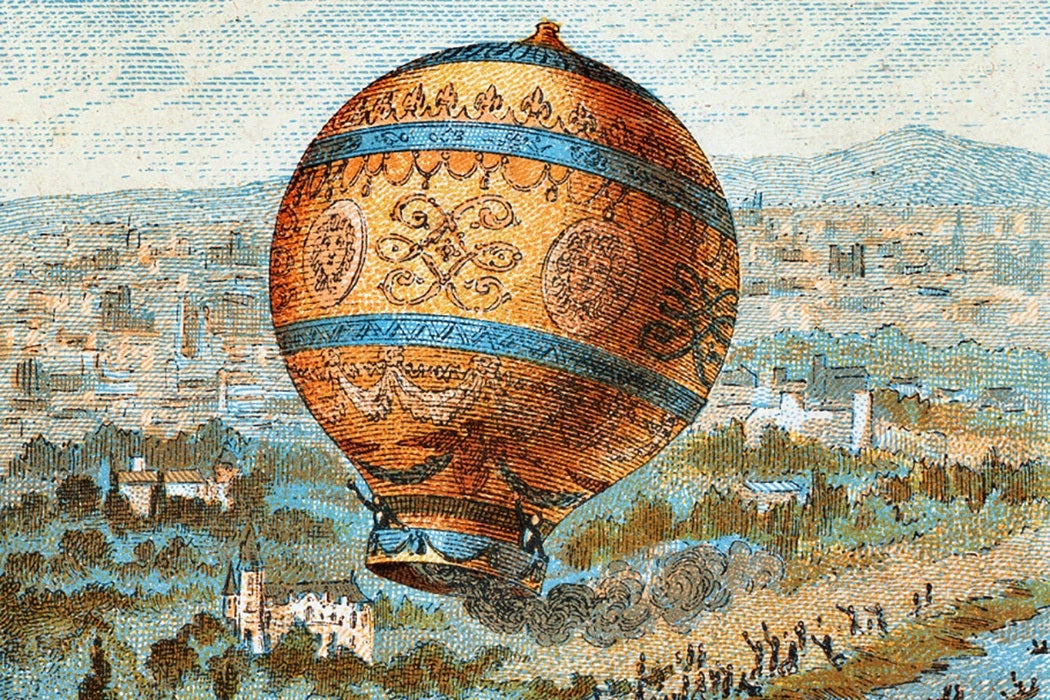 Fifteen years ago, the late Steve Fossett entered ballooning history as the first person to solo circumnavigate the world in an aircraft. The trip took just under fifteen days. His achievement came more than two centuries after Étienne Montgolfier become the first human to lift off the earth in a balloon. What took so long?

Fossett’s balloon used a combination of hot air and helium, and had an on-board computer and autopilot to control altitude. His record has been beaten since, but round-the-world balloon travel is still a very specialized venture. Only a handful of people have braved the cramped, unpressurized gondolas in the intense cold and 150 mph winds found at cruising altitude.

What’s remarkable is how similar today’s ballooning technology (minus the computers) is to what the Mongolfier brothers originally came up with. Hot air rises: Joseph Montgolfier is said to have gotten the idea for a balloon from watching his wife’s chemise billow upwards in the heat of a fire drying the laundry. He and Étienne tested a prototype in September 1783, sending up a sheep, duck, and rooster crew. The animals’ response on landing has not been recorded.

Witnessing one of these early balloon ascents, Benjamin Franklin was amazed.

Étienne’s first flight above Paris in October, 1783, was tethered to the ground with a safety rope. The next month, though, the first free flight was made with a pair of humans aboard. Witnessing one of these early balloon ascents, Benjamin Franklin was amazed. A skeptic wondered what good such a thing was, to which Franklin allegedly responded, “what good is a newborn baby?”

Richard Gillespie details the air race before the French Revolution in his essay on the ballooning craze. The French concentrated on the science and engineering of “aerostation,” as it was called on both sides of the Channel. The British focused on entertainment, with local scientists—who had actually come up with much of the theory of gasses used in France—snorting at the results. 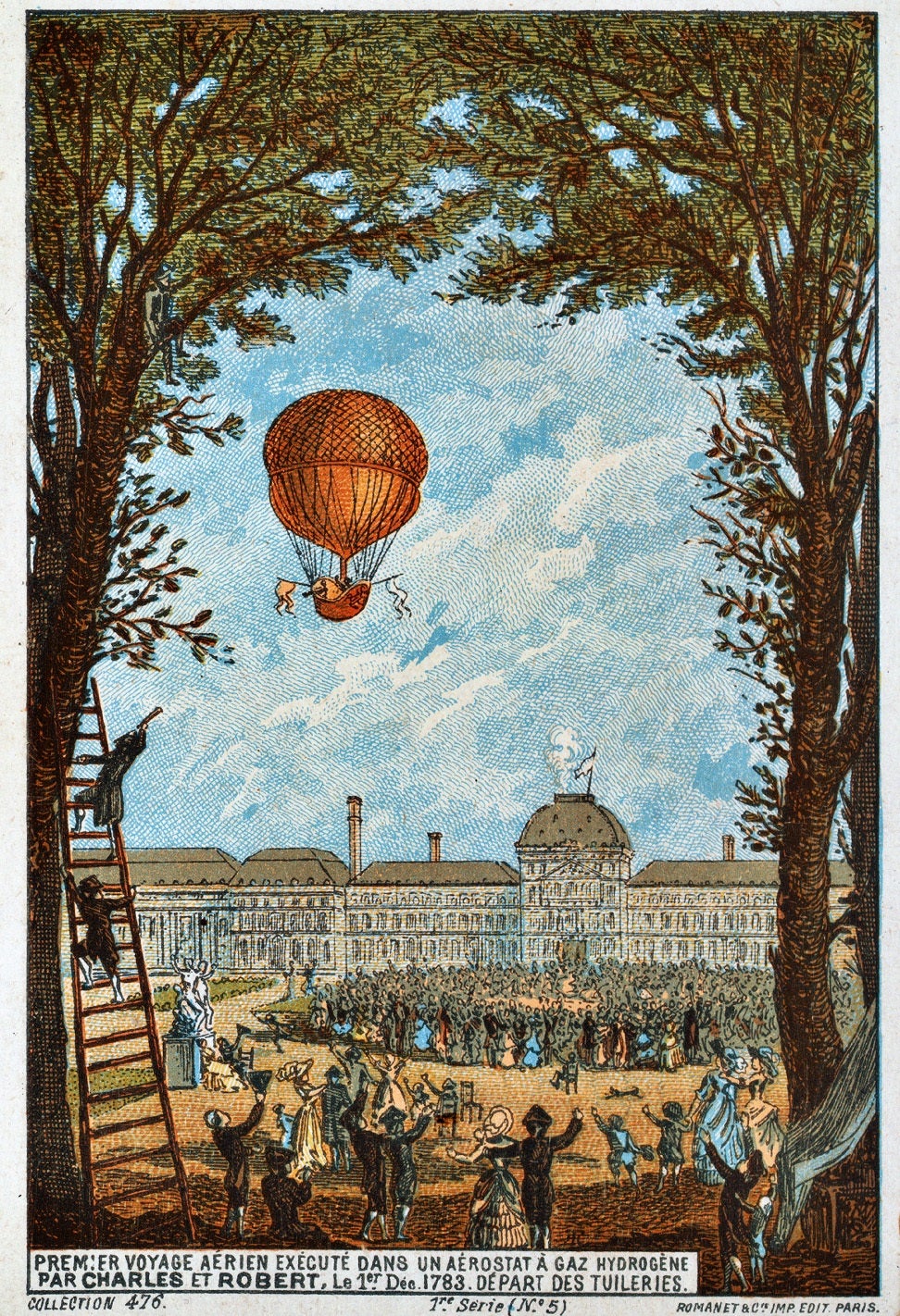 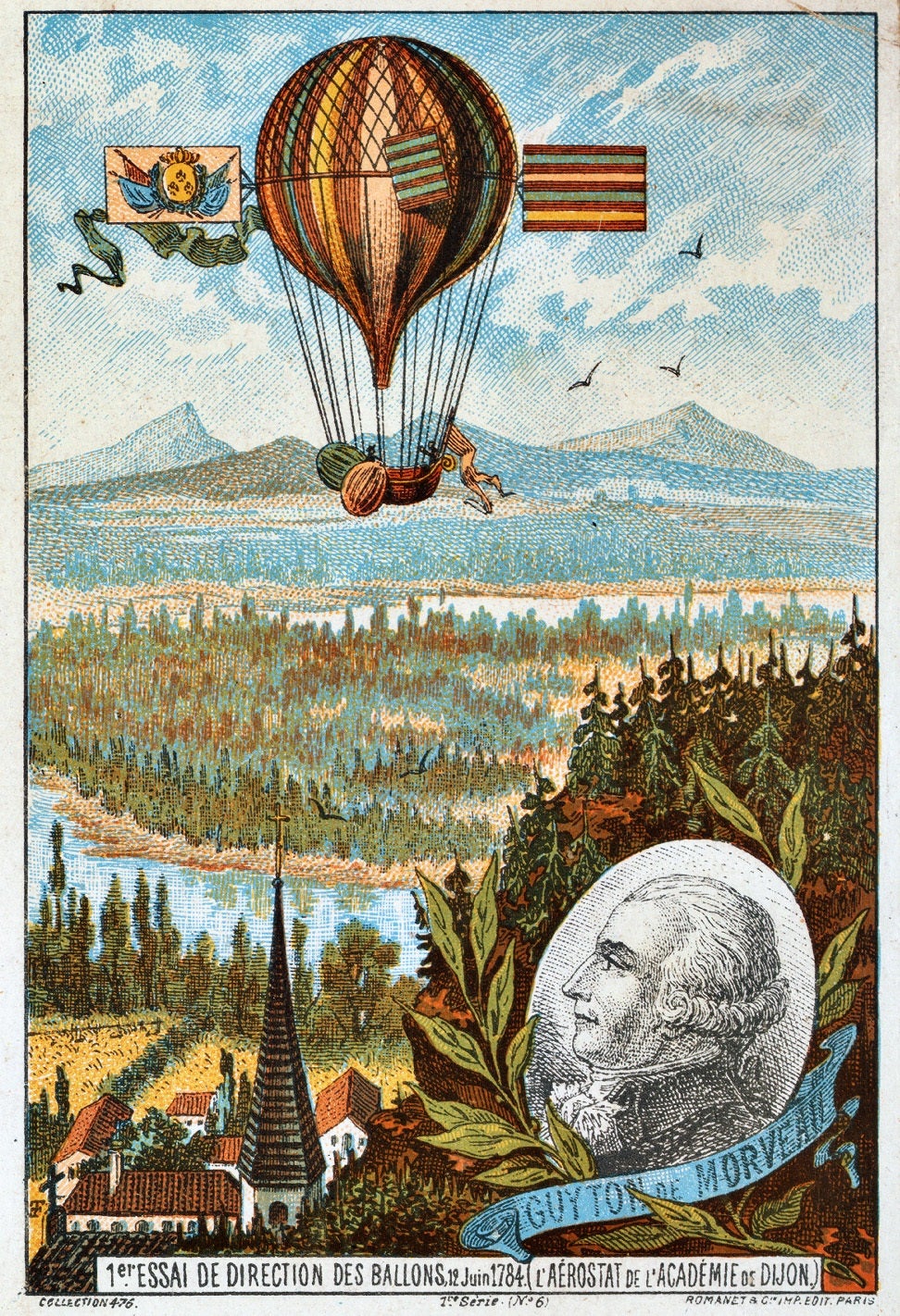 First attempt to direct a balloon, by Guyton de Morveau (1784) 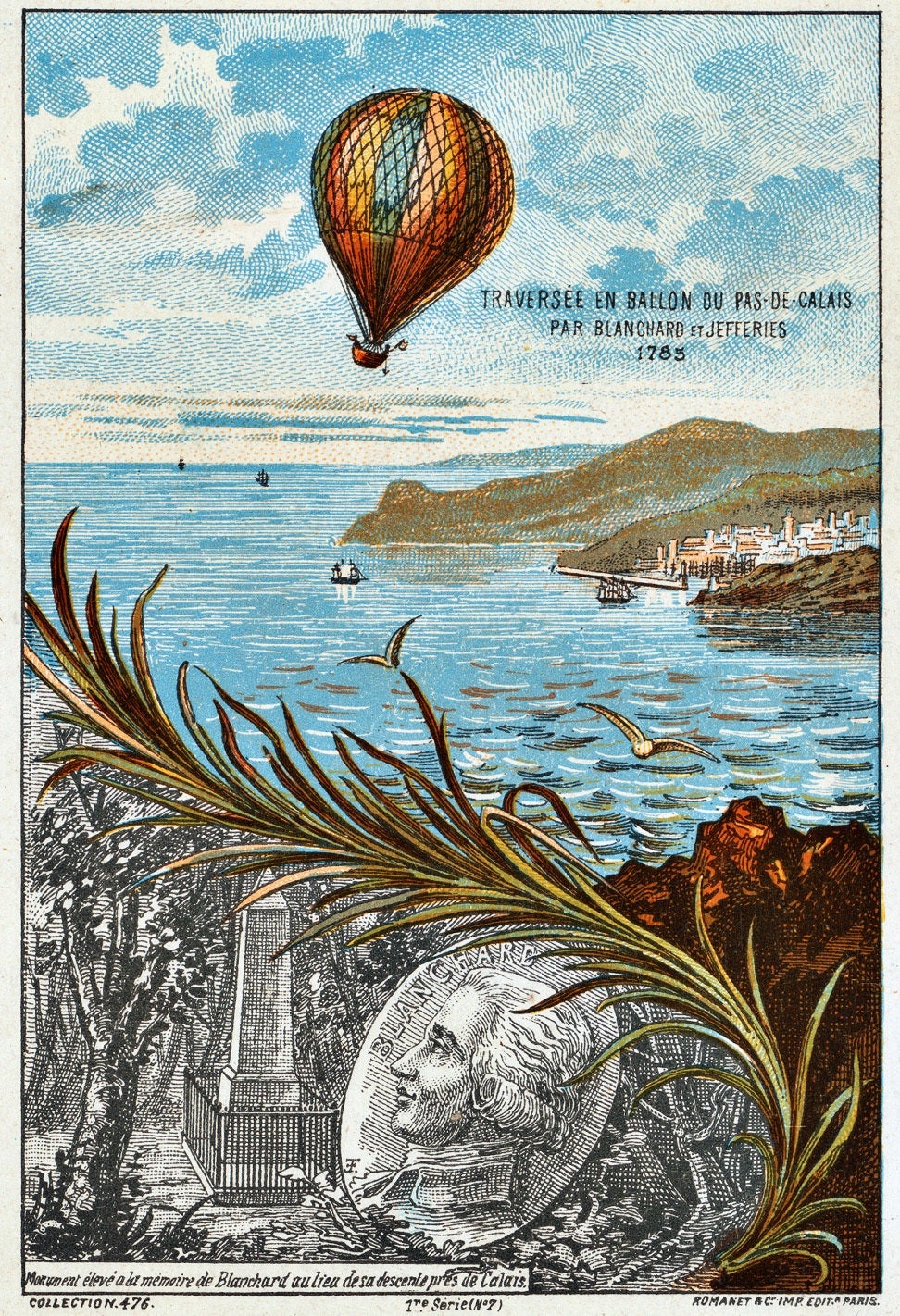 In 1785, the whole continent got excited when a two-person balloon, with a Frenchman and an American aboard, crossed the Channel. But the next attempted crossing resulted in the deaths two other aeronauts, “underscoring the fact that balloons remained a hazardous form of transport.” The first great balloonatic fad deflated rather suddenly.

The perennial problems were there from the start. Maintaining altitude was difficult. The crafts were impossible to steer and highly vulnerable to strong winds. Open flames and fabric were a bad combination. The airship, zeppelin, or blimp seemed to solve most of these problems, but they were initially held aloft with hydrogen. As the Hindenburg showed in 1937, that could be lead to disaster.

So was Franklin over-optimistic? Were the British scientists right? Was the balloon a bit of a gimmick? More than two centuries of use for fun, scientific experiment, warfare, tourism, and exotic expeditions would suggest not. Zeppelins are still being made (lofted with helium now, not hydrogen) and hot air ballooning is a big tourist business. Hot air balloons may not have become a reliable mode of transportation, but not all wonders have practical applications. 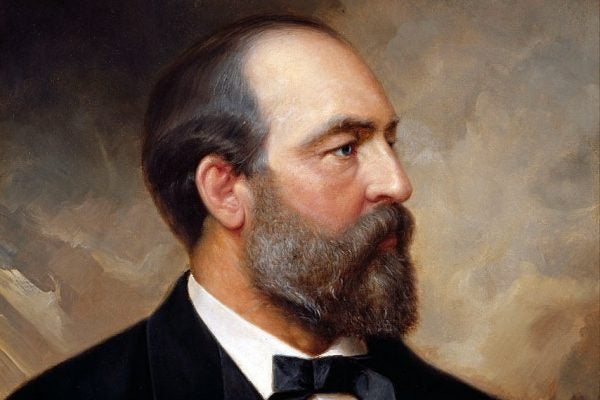 On July 2, 1881, less than a year after President James Garfield was elected the 20th president of the United States, he was shot by Charles Guiteau.