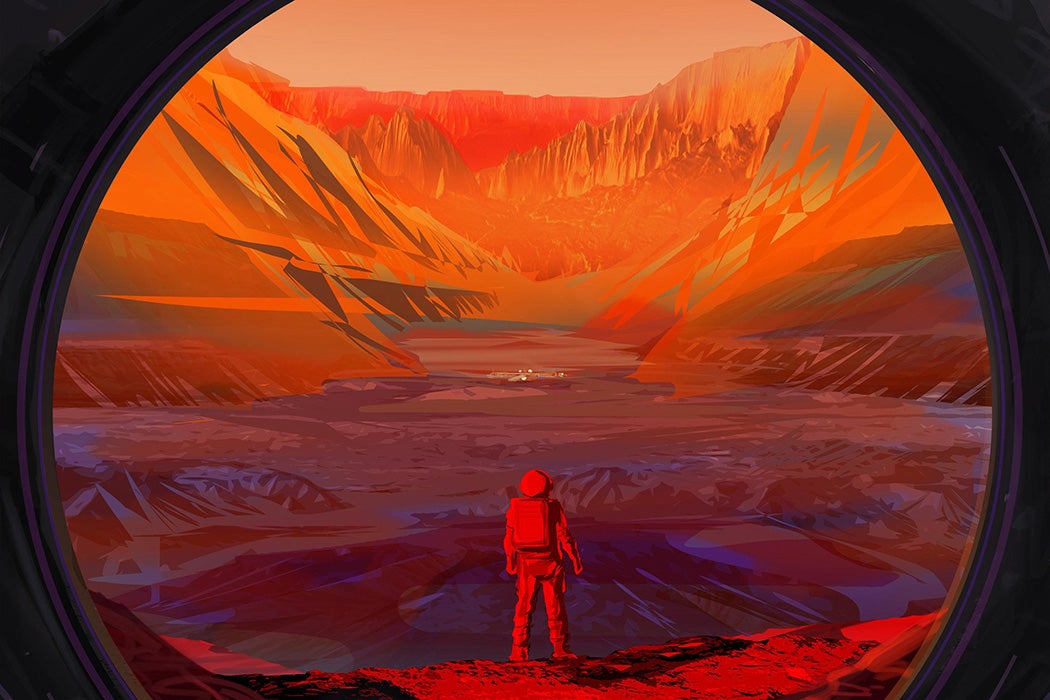 An artist concept of a NASA astronaut on Mars
via Wikimedia Commons
By: Jess Romeo
3 minutes
Share Tweet Email Print

In 1969, humans first set foot on the Moon. With each step, the entire universe seemed to open up. Where would NASA and its brave astronauts go next? As it turns out, nowhere. In the half-century following Apollo 11, NASA’s human spaceflight program stagnated. Even our closest planetary neighbor, Mars, seems like an impossible destination—but this wasn’t always the case.

After 1972, no astronaut would stray further than 300 miles from Earth.

“At the time of the Moon landing, it was generally expected that the United States would quickly go on to Mars,” writes aerospace engineer Robert Zubrin, founder of the Mars Society and advocate for human exploration of Mars. As Zubrin relates in The New Atlantis:

Apollo 11 astronaut Michael Collins recalled thinking “perhaps I could help them [NASA] plan” a Mars mission. Edgar Mitchell, the sixth man on the Moon, remembered feeling that “it wasn’t unreasonable to hope” he’d be assigned to a Mars-bound crew. Gene Cernan, the twelfth and last man on the Moon, recounted with sadness the time that he “finally faced the facts: ‘I’m not going to Mars.'”

After 1972, no astronaut would stray further than 300 miles from Earth.

People might blame this lack of human spaceflight on waning public support for the endeavor, lack of funding for NASA, or the fickleness of a democratic government during peacetime. Zubrin is of a different mind: “Each of these explanations is intuitively plausible,” he argues, “But […] taken together, they amount to a profound misunderstanding of how democratic peoples can do great things.”

Historically, Zubrin argues, public support played a relatively small role in the space program in the 1960s. “An analysis by historian Roger Launius found that […] lunar exploration in general almost never enjoyed majority support in contemporary polls.” Lack of money is no excuse either, Zubrin adds, as NASA actually has significantly more money today (adjusted for inflation) than it did when it first sent astronauts to the moon.

As for that democratic “fickleness,” Zubrin points out that “many great things have been accomplished by democratic means during times of peace in the United States, including massive public works like the Erie Canal, the Hoover Dam, and the Interstate Highway System.”

The real problem is what Zubrin calls a “change in mode of operation.” After Apollo 11, NASA lost sight of its clear, driving purpose. All human spaceflight projects were aimless and slow-moving. Instead, the agency has “dispersed hundreds of billions of dollars over the past half-century with very few results worthy of the costs and risks,” writes Zubrin. This ongoing failure can be traced from administration to administration: George H.W. Bush’s Space Exploration Initiative in 1989 “quickly collapsed,” and Barack Obama’s “Journey to Mars” “accomplished nothing because it had no specific deadlines to accomplish anything.” The Trump administration’s ambitions were vague, despite the foundation of a “Space Force” in 2019. Mars was never a top priority.

Nowadays, Earth’s interaction with the Red Planet begins and ends with robots (the Perseverance rover is scheduled to land on Mars on February 17). But with people like Elon Musk vowing to colonize the Moon by 2026, perhaps the dream is closer than it seems. 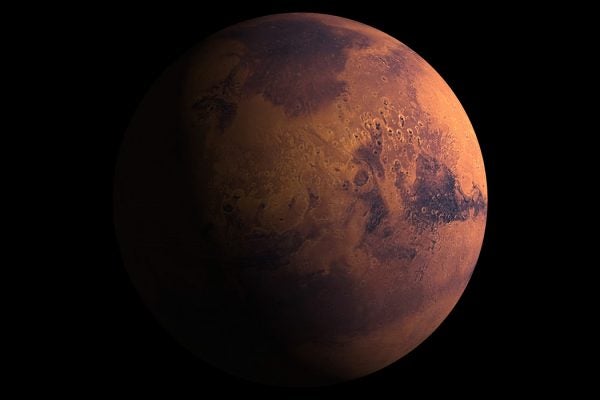 Is There Life on Mars?

Is there life on Mars? Probably not, but it's likely that there used to be.