The End of the Tour: Why Do We Travel?

Travel is commodity, a privilege, and a state of mind; a comfort to some and a trial to others. The 597-mile train ride from Shanghai to Tianjin, up the east coast of China, was one of the longest journeys of my life. What began as a cold the afternoon before had rapidly morphed into strep throat, complete with fever and agonizing pain. Swallowing was so difficult I cried every time I had to force down my own saliva. The blurred cities and towns that had so enchanted me on the way south now seemed like pillars lining my descent into the inferno, without the benefit of Virgil as my guide.

But even worse than the relentless burning in my head and neck was the prospect of what came next: a dorm room far from family and friends, prescription medicine whose label I’d struggle to read, a hospital with dirty floors where the doctor examining my throat would wave the inspection mirror through an open flame to sanitize it. Serious illness is unpleasant in the best of circumstances, when you can retreat to your bed and watch Netflix and drink hot soup while someone brings you the occasional box of tissues; falling ill while traveling might be the psychological equivalent of mild torture.

Curio · JSTOR Daily | The End of the Tour: Why Do We Travel?

And yet those moments of pain and suffering sometimes make the best stories (at least when everything turns out all right and we return home in the end). “Forsan et haec olim meminisse iuvabit,” goes the Aeneid, the story of the Trojans’ journey to Italy to found Rome: Perhaps someday we will look back upon these things with joy. Aeneas’ forced migration was full of hardships, but the triumph of overcoming those challenges resonates even today, as do the challenges Odysseus faces in The Odyssey.

Why do we set off on voyages knowing full well that there will be discomforts and risks, that the experience will change us?

Why do we do it, then? Why do we set off on voyages knowing full well that there will be discomforts and risks, that the experience will change us? The myriad travel stories we’ve explored in “Uncharted,” from an ice marathon across Antarctica to a dying form of transportation to men who disappeared on their treks, have taken us around the world and through the past. It’s been a fun tour that’s now approaching its end—but before we get settled back into the predictability of our lives, I want to explore one last question (well, two related questions): why do we travel, and what does that mean for the future of our world?

The somewhat straightforward—or at least more quantifiable—answer comes from evolutionary geneticists: DRD4-7R. The first half of the sequence refers to a gene that is partially responsible for controlling the chemical dopamine, while the second half–the 7R allele—is a variant carried by about 20 percent of the population. Associated with novelty-seeking behavior and extroversion, the allele occurs at dramatically different rates depending on where you’re from. Migratory populations, for example, have far higher numbers of people with the variation than those living in sedentary populations, suggesting that the variant is encouraging its carriers to take risks, to set off into the unknown in search of novelty. Of course, this single gene is hardly the only reason someone like Captain Cook sailed across all the world’s oceans. “More likely,” writes National Geographic, “different groups of genes contribute to multiple traits, some allowing us to explore and others, 7R quite possibly among them, pressing us to do so.”

For a touchy-feely, philosophical answer, we might turn to Mark Twain, who said that travel is a way to shake off bigotry—or to impress people with fantastic tales of exotic lands when returning home. For Pico Iyer, travel is about consuming and being consumed, the two-way road of seeing strangers and being a stranger to others. For Robyn Davidson, who walked across the Australian Outback, travel was a choice to use our fears as stepping stones, rather than allowing them to become stumbling blocks. The moral, it seems, is that different people travel for different reasons. To forget themselves or remember themselves, to better understand the world or to have all logic turned on its head, to discover new terrain, both internally and externally. The outcomes of travel are complicated and often contradictory—especially in a world increasingly filled with refugees, people who travel by necessity rather than choice.

In 2015, the United Nations Refugee Agency released statistics estimating that the number of individuals forcibly displaced worldwide had risen above 60 million—about as many as the entire population of Italy. What does this mean to those of us who travel for the joy of the experience? As scholar Katrina Powell writes, the act of physically moving from one place to another results in a hybrid identity that incorporates new and old. “Displacement is a jolt to one’s sense of self,” she argues, and this jolt is felt by those experiencing it firsthand and compounded by outsiders accepting or rejecting them. In recreational travel, the travelers maintain some control of the narrative; in forced migration, their narratives are often silenced or diminished.

Travel is an unusual beast, hard to define and make sense of despite thousands of years of written records on the subject. It is a commodity, a privilege, and a state of mind; a comfort to some and a trial to others; a method of alteration as effective as any chrysalis. Perhaps in 50 years travel will become more popular, and society will become more inquisitive, less insular, more compassionate. Or perhaps, as one Canadian newspaper suggested 50 years ago, we’ll simply be more crowded.

“What will happen by 2000 A.D. is something to think about,” the columnist says. “We will have more of everything, except space. Certainly we will have more free time. What will we do? Where will we go? What will be our pleasures? That is for the future to settle; but in the meantime, it would seem that all of us had better begin to get used to the proximity of other people. Or fly to the moon.”

Thanks for following me on these journeys, reader. I wish you transformative travels, to the moon and beyond.

Correction: An earlier version of this article incorrectly stated that the quotation from the Aeneid was its last line. 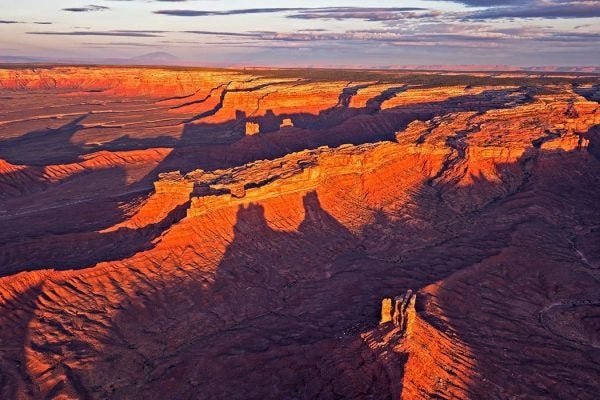