Why Do We Take Pride in Working for a Paycheck?

In the modern imagination, work is a source of pride, but early labor unions regarded hourly toil in industry as “wage slavery.” 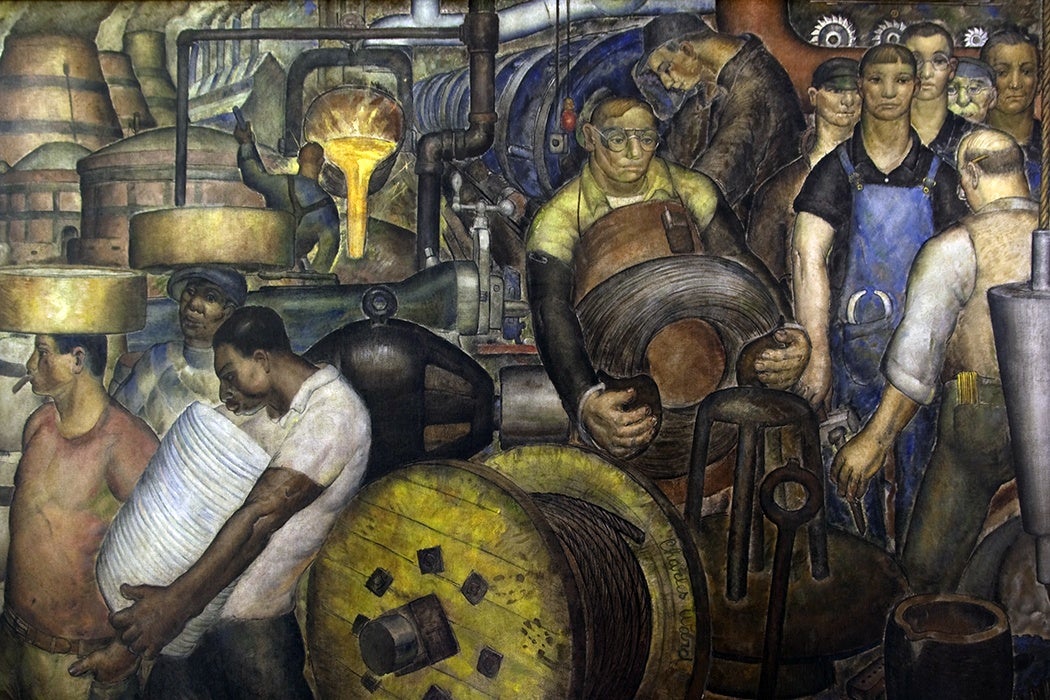 If you had to find a single statement that Americans from across the political spectrum can agree on, you might settle on “we need good jobs to give people a crucial sense of self-worth.” Fight-for-$15 activists assert the right to a higher wage, partly so they can stop taking government “handouts” like food stamps. Policy commentators, worried that automation could bring a loss of jobs, prescribe everything from subsidized corporate hiring to federal make-work programs. The congressional leadership’s pitch for its policies hinges almost entirely on encouraging work—and reducing public benefits.

But here’s the thing: In historical terms, the pride we take in working for a paycheck is really new. Just 150 years ago, when people talked about the shame of dependency, they were referring to the reality of being forced to hold a job.

Speaking at the Wisconsin State Fair in Milwaukee in 1859, Abraham Lincoln described wage labor as an unfortunate necessity only for the “penniless beginner in the world:”

If any continue through life in the condition of the hired laborer, it is not the fault of the system, but because of either a dependent nature which prefers it, or improvidence, folly, or singular misfortune.

In contrast, Lincoln laid out a vision of respectability that required avoiding a job:

In these free States, a large majority are neither hirers nor hired. Men, with their families—wives, sons, and daughters—work for themselves, on their farms, in their houses and their shops, taking the whole product to themselves, and asking no favors of capital on the one hand, nor of hirelings or slaves on the other.

Farmers and craftsmen valued this independence in part because their time was their own, as it had been for skilled workers for generations. Describing nineteenth-century artisans in Birmingham, England, the historian Douglas A. Reid wrote, “high piece-rates could provide good wages for skilled men, but they more often elected to take a moderate wage and extensive leisure.”

Leisure meant time in the alehouse, time eating, drinking, playing marbles, or watching cockfights. Reid writes that even less-skilled workers and apprentices observed the informal weekly holiday known as Saint Monday if they could afford it, much to the dismay of elites and government officials. One observer in 1864 complained that “an enormous amount of time is lost, not only by want of punctuality in coming to work in the morning and beginning again after meals, but still more by the general observance of ‘Saint Monday.’”

From Wage Slavery to a Living Wage

That was the kind of life craftsmen in Lincoln’s day might have expected for themselves. But, as the sociologists Helga Kristin Hallgrimsdottir and Cecilia Benoit explain, rising industrialization in the late nineteenth century forced many skilled artisans to work for a factory owner rather than for themselves. The Knights of Labor, an early labor union, saw this dependence on an employer—regardless of how much or how little was paid—as “wage slavery,” a condition literally comparable to chattel slavery, which the country had only recently abolished. These unionists argued that working for wages was repugnant because capitalists siphoned off part of the wealth produced by the workers and told them when and how to do their jobs.

The only solution, as Knights of Labor founder Uriah Stephens put it in 1881, was “the complete emancipation of wealth producers from the thralldom and loss of wage slavery.” Workers and their unions interpreted that goal in many different ways over the next several decades, sometimes trying to return production to independent craftsmen, other times creating cooperative worker-owned enterprises, or advocating a socialist revolution.

Some workers saw more logic than others in harkening back to a pre-industrial independence. For example, to young, working-class white women, heading to a mill town to work for a wage might have sounded better than staying home on the farm. These women organized strikes to get better pay, but, to many of them, wage work itself was more liberating than not.

“They knew as farm wives they would have little control over the farm’s profits and little disposable income,” American literature scholar Julie Husband writes, describing mill workers in Lowell, Massachusetts in the 1840s. These women explicitly rejected the label of “white slaves” that some political reformers and male unionists applied to them. Millworker Harriet Farley mocked the notion that “to put ourselves under the influence and restraints of corporate bodies is contrary to the spirit of our institutions and to the love of independence we ought to cherish.”

“There is a spirt of independence which is adverse to social life itself,” she added. “And I would advise all those [who] wish to cherish it to go beyond the Rocky Mountains and hold communion with none but the untamed Indian and the wild beast of the forest.”

Even for skilled white male workers, rhetoric identifying wage labor as wage slavery mostly dried up in the final decades of the century, as large-scale industry came to dominate manufacturing. By 1900, Hallgrimsdottir and Benoit write, both the Knights of Labor and the ascendant American Federation of Labor (AFL) generally used the phrase “wage slavery” to refer only to particularly awful jobs, especially those held by immigrant and black workers.

While some unionists still held out hope for the abolition of the capitalist system, many turned their practical attention to improving wage work. That required a dramatic shift in focus, as historian Lawrence Glickman explains in his book, A Living Wage. Mid-nineteenth-century skilled white male workers had believed that wage work not only degraded their economic status but “undermined the independence that lay at the root of republican manhood and republican citizenship,” he writes.

Wages have stagnated, benefits have evaporated, and returns to capital have swelled.

As wage workers, they needed to regain pride and status. For some white, male unionists—particularly those in the relatively conservative AFL—there were two intertwined ways to do that. One was winning higher wages and using the money to construct a respectable life—a carpeted parlor, ornaments on the mantle, a wife who could stay home to care for the family. The other lay in contrasting themselves with female, black, and immigrant workers, who, in their view, lacked both the power and the desire to push for better pay. Glickman quotes one labor leader, W.W. Stone, who drew the division like this: “The Caucasian must add to his own individual needs the cost of maintaining a wife and family. There is rent to pay, clothing to be provided, books to buy, and, added to all this, the many little wants that arise out of the condition of a Christian civilization.” In contrast, he continued, Chinese workers were “content with a fractional interest in the body of a female slave.”

Through the early twentieth century, unionists—including not just skilled white men, but also workers of other backgrounds, who organized in spite of the barriers erected by some white male union leaders—pushed for better jobs. Glickman notes that this required not only strikes and demonstrations but also a new economic vision. In an age of big factories, workers recognized that it was no longer possible to reimburse any one individual for the value they added to a product. At the same time, they rejected the emerging economic consensus that supply and demand in the labor market would produce a “correct” wage. Instead, they created a new concept: the “living wage,” amounting to their rightful “share in the products of common toil,” as AFL President Samuel Gompers called it.

The labor movement achieved a great deal in this era. Working hours lessened, working conditions improved, and wages rose. By the end of the 1940s, historian David L. Stebenne writes, unions and management had essentially reached a truce. Workers repudiated socialism and stopped trying to win a say in how companies were managed. Companies provided pensions and health insurance to many employees and worked to keep employment rates high. For a few decades, things generally went quite well for workers, particularly white, male union members in urban industrial areas.

In recent years, of course, things have changed. A concerted political attack has hobbled unions, while globalization and automation have reshaped the economy. Wages for all but the best-paid workers have stagnated, and employee benefits have evaporated, while returns to capital have swelled.

Where Do We Go from Here?

Economists and policy analysts have a lot of different ideas about how we might respond to the conditions of laborers. Some suggest reinstating the postwar social contract. Others argue that the government should expand programs that subsidize the incomes of low-paid workers into a European-style welfare state, or even provide a universal basic income to everyone.

With that in mind, here are a few lessons we might draw from the history of workers’ opposition to—and then acceptance of—the wage system:

The biggest lesson, though, might be this one: things change. Whether we like it or not, technological advances and geopolitical shifts will alter the ways we work, probably in radical ways. Our values, and the places we find pride and shame, will change with them. There’s no guarantee about what any of this will look like, partly because it will depend on the choices we make about what we’re willing to fight for. 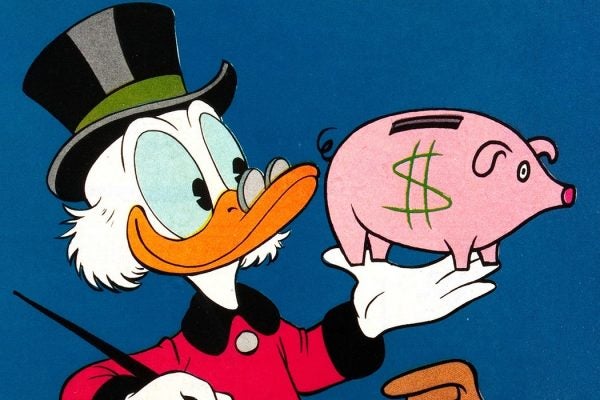 The Ethical Case for Profits

The frequency of ethical lapses among executives suggests that there exists an alternate moral framework in corporate culture.