Since the beginning, the children’s show has tried to represent the diversity of the nation. But Roosevelt Franklin was controversial. 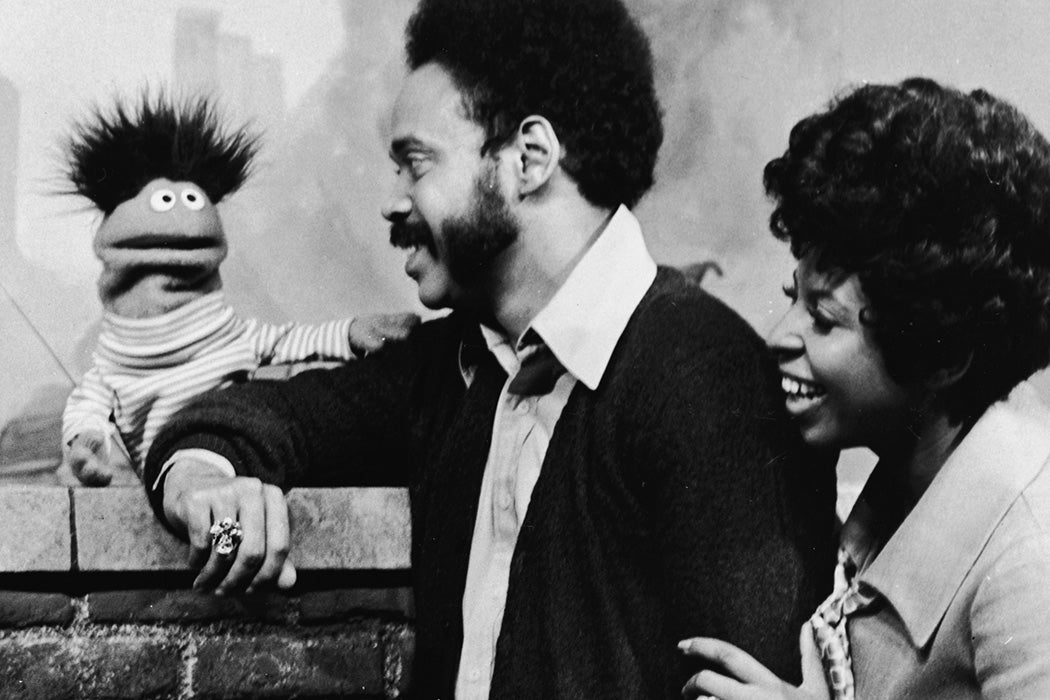 Since its launch in 1969, the children’s program Sesame Street has tried to reflect the diversity of the nation through its characters—human and Muppet—but not without resistance. Recently, as part of the program’s “ABCs of Racial Literacy” initiative, it introduced two new Muppet characters—Elijah and Wesley Walker, a Black father and son.

However, the show’s first attempt at introducing a Black puppet met with mixed results. The inclusion of Black characters, the show’s creators thought, was important for children of all races. As educator Ebony M. Roberts writes, “The presence or absence of Black characters in television programming can affect the way the Black child views her or himself, and how other children view the Black child.”

“It is clear that the group that has benefited most from Sesame Street is the children of the white middle-class.”

Sesame Street introduced Roosevelt Franklin in February 1970. He was created and originally voiced by Sesame Street actor Matt Robinson, who felt the show lacked content that would draw in Black kids. He told Ebony magazine in a 1970 interview that kids needed “more realism in black-oriented problems,” a concern echoed by others. But that same year, journalist James Haskins questioned whether the show, despite its efforts, was reaching Black children. (He’d answer his question in a follow-up in 1974: “it is clear that the group that has benefited most from Sesame Street is the children of the white middle-class.”)

Roosevelt quickly became a regular on the show, and in 1971 became the first Sesame Street character to have his own album: the era-appropriate collection of kid-friendly soul-funk My Name is Roosevelt Franklin. It was very clear, with songs like “The Skin I’m In” and segments on the geographic diversity and resources of Africa, that Roosevelt was a Muppet with a message.

But not everyone agreed that Roosevelt Franklin was a good image.

The Muppet was a hot topic behind the scenes. Other Black Sesame Street staffers felt he was too stereotypical, with one of the show’s advisers noting, “I like the idea of black muppets, [but not] this one-dimensional use of black muppets.” Robinson pushed back, advocating for the use of Black English as a way to meet kids where they were. Still, a 1973 article in Black World Magazine called the attempt “a gross misrepresentation of Black Language.” Later, a 1975 Freedomways article called out Roosevelt and his segments as “a chaos of ‘darky’ accents and racist stereotypes.” Robinson left the show after the third season, leaving the character to be voiced by white puppeteer Jerry Nelson. The character stopped appearing in 1977.

As Roberts writes, Black characters can be an “affirming presence [that] communicates to young viewers the value and importance of celebrating every child regardless of race, ethnicity, language,” and despite the controversy, this is what Robinson hoped Roosevelt would be. As he told an interviewer in 1971, “Somewhere around four or five, a black kid is going to learn he’s black. He’s going to learn that’s positive or negative. What I want to project is a positive image.”