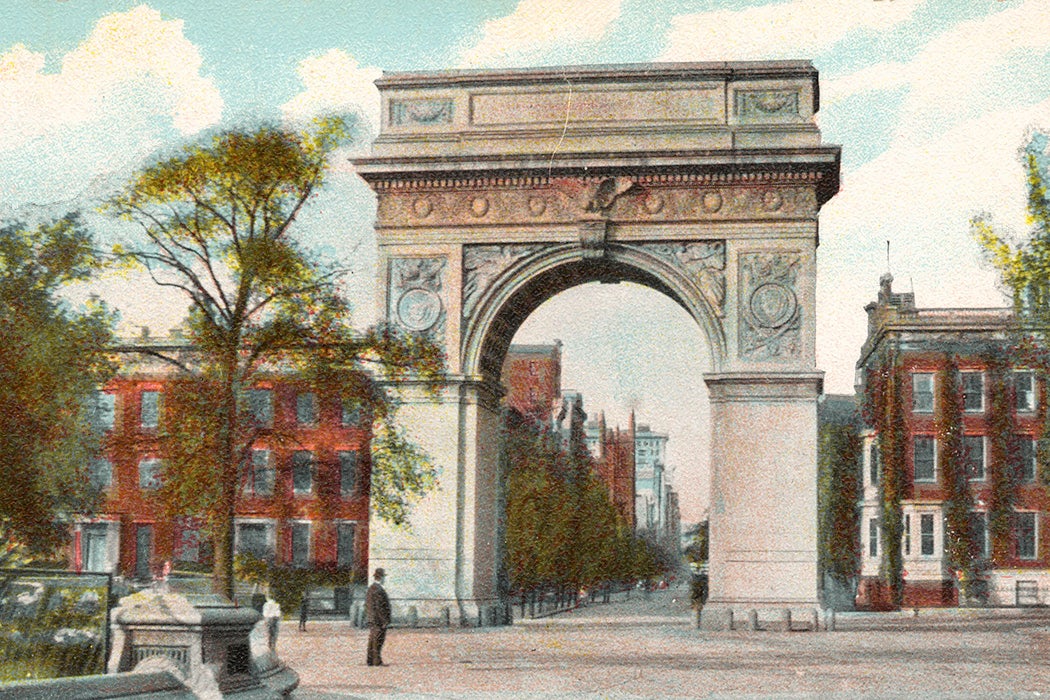 With its winding streets, shady trees, and quaint townhouses, Greenwich Village today is one of the loveliest (and most expensive) districts in New York City. In the early nineteenth century, it was almost rural, an escape for Manhattan’s rich when cholera periodically engulfed the more cramped (and poorer) parts of town. But the quarter is best known for the eruption of experimental artwork, theater, and writing that started after the turn of the twentieth century, with the likes of Edna St. Vincent Millay, Marianne Moore, and Eugene O’Neill moving in. It already had a well-established queer community, and by 1930 Greenwich Village would be synonymous with American bohemia.

But who lived in Greenwich Village before the artists moved in?

As historical theologian Thomas J. Shelley writes, the neighborhood was the seat of a thriving Catholic community between about 1880 and 1930. It had chapels and churches serving “at least seven different ethnic groups”; by the late nineteenth century, about half of the neighborhood’s Catholics were Irish.

Another part of Greenwich Village “contained a red-light district with more than a hundred brothels, 198 liquor stores, and a densely populated area of run-down tenements.”

As immigrant and native-born Catholics fanned out throughout the neighborhood, more parishes were created for them. Although the oldest established Catholic church, St. Joseph, took pride in its middle-class, mostly Irish character, another part of Greenwich Village “contained a red-light district with more than a hundred brothels, 198 liquor stores, and a densely populated area of run-down tenements,” Shelley writes. In 1890, to serve one enclave of Irish living in deep poverty—they worshiped in “a former warehouse and stable that was leased for $2,000 a year”—the Catholic Church carved out a parish that laid its church’s cornerstone on Christopher Street, near one of the birthplaces of twentieth-century gay liberation.

Other parishes were established in newly fashionable parts of Greenwich Village, including St. Ann, just steps away from a row of gleaming department stores. Another, St. Benedict the Moor, was founded for African American Catholics in a community known as Little Africa, drawing worshipers (including the minister to Haiti) from far-flung areas in New York City. (St. Benedict moved to another African American neighborhood in 1898.)

Around the turn of the century, the neighborhood was changing, becoming poorer and more crowded with an influx of Italian immigrants to one of its edges, which became one of the city’s Little Italys. Parishes with Italian-speaking priests followed, and like other churches they drew congregants from neighborhoods near and far who weren’t necessarily Italian. With parishioners from Spain, France, Lithuania, and other parts of the world crowding into smaller districts, Greenwich Village was a polyglot, multiethnic haven for Catholics in the enormous Archdiocese of New York.

Shelley argues that Irish leadership in the church and among the laity kept the Catholic community in Greenwich Village thriving. “By the 1920’s,” he writes, “Greenwich Village was overwhelmingly Catholic and remained such until the deterioration of the neighborhood, and then its subsequent gentrification initiated still another social transformation that sent many middle-class Catholic families scurrying to the outer boroughs of the city.” 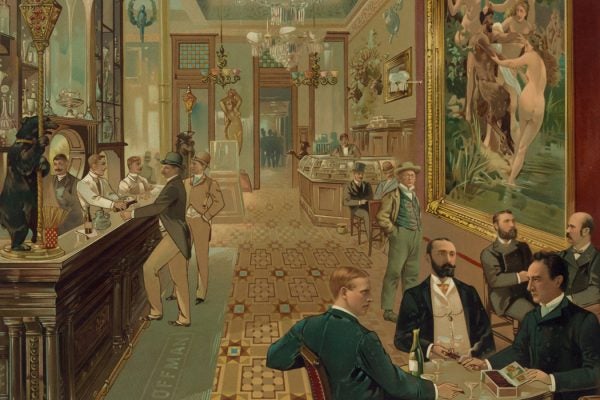