When the Weather Service Spied on Americans

The United States National Weather Service began as part of the military, with a mandate to serve the interests of federal officials and business owners. 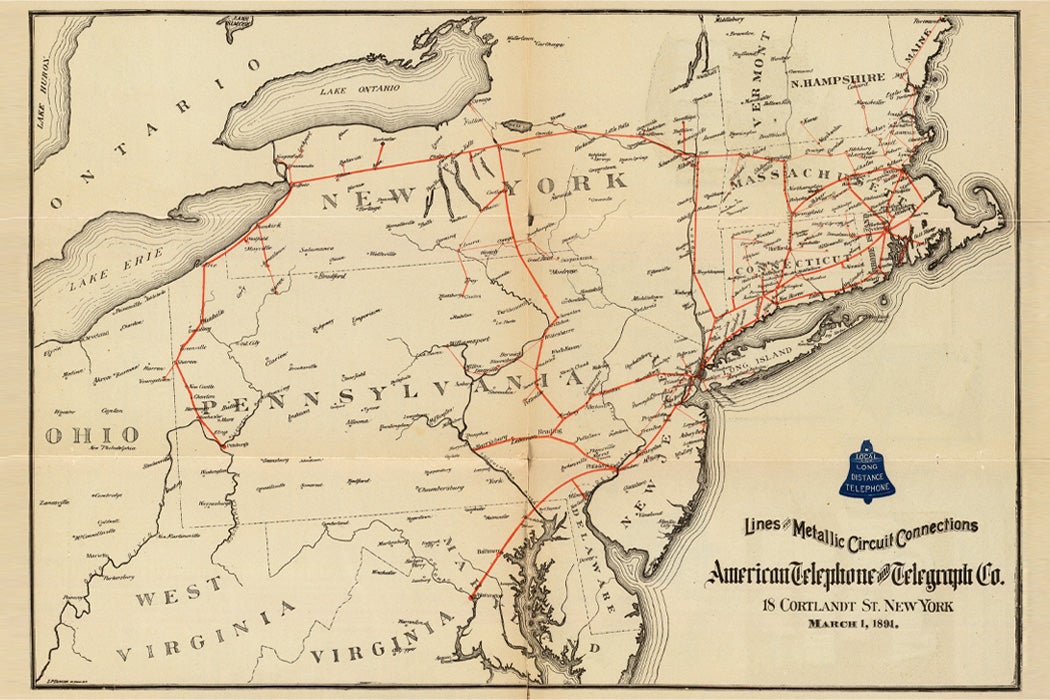 A map of lines and metallic circuit connections by the American Telephone and Telegraph Co., 1891
via Wikimedia Commons
By: Livia Gershon
3 minutes
Share Tweet Email Print

There are few parts of the federal government that seem more ideologically neutral than the National Weather Service. But, as science historian James Rodger Fleming writes,  the organization began as a part of the military, with a distinct mission to serve the interests of federal officials and business owners.

Before the Civil War, Fleming writes, a hodgepodge of federal agencies and volunteers had collected weather observations. But it was only in 1870 that the nation created its first national weather service. The Signal Office was part of the U.S. military, led by Colonel Albert James Myer, who had helped create the Army’s system to monitor Confederate troop movement during the war.

The Signal Office didn’t just monitor natural threats to federal authority and capitalist interests. It surveilled human ones as well.

Immediately, Myer saw the value of the growing telegraph system’s ability to send meteorological data across the country. In 1866, Congress had granted several private telegraph companies the right to construct lines on public lands with public resources. In return, they were required to give the government priority in sending messages. The Signal Office used this private infrastructure, while also supplementing it with new military lines reaching lighthouses, mountain stations, and western Indian Territory.

“Signal office wires along with those of a score of different telegraph companies all converged on the ‘Telegraph Room’ of the Signal Office placing Myer at the center of an electric intelligence network spanning the nation,” Fleming writes.

By 1874, the Signal Office employed more than five hundred college-educated observers with a wide range of responsibilities. They reported the movement of storms, hatching of locust swarms, flooded rivers, and cholera epidemics. All these natural phenomena were important to military and public health officials, and to commercial concerns including farmers, insurers, railroad operators, and merchants with goods to ship overseas.

But, Fleming writes, the Signal Office didn’t just monitor natural threats to federal authority and capitalist interests. It surveilled human ones as well.

In 1877, a railroad strike spread across the country’s major cities. The Signal Office provided special reports on the strike from all over the nation every three hours, sending the messages to the War Department and directly to President Rutherford B. Hayes. After completing their weather observations, Signal Office observers would dress in street clothes and attend strike rallies, telegraphing their findings to Myer.

Fleming writes that the Signal Office also constructed a special set of telegraph lines to military posts on or near reservations to watch for signs of Native uprisings. Indian nations fought back. In the Southwest, Apache raiding parties pulled down the polls and cut the wires—or, more effectively, cut the wires and then rejoined them with a thin strip of leather, making it hard for Office employees to locate the break.

Over the course of the 1880s, the Signal Office’s work became increasingly scientific rather than strategic, employing scientists to study atmospheric electricity, distribution of temperature, solar physics, and cloud photography. In 1891, the office left military control and was reconstituted as the U.S. Weather Bureau under the Department of Agriculture.

Storms, Strikes, and Surveillance: The U.S. Army Signal Office, 1861-1891
By: James Rodger Fleming
Historical Studies in the Physical and Biological Sciences, Vol. 30, No. 2, Military Patronage and the Geophysical Sciences in the United States (2000), pp. 315-332
University of California Press