The 1874 locust swarm was estimated to be twice the square mileage of the state of Colorado. Why don’t locusts swarm anymore? 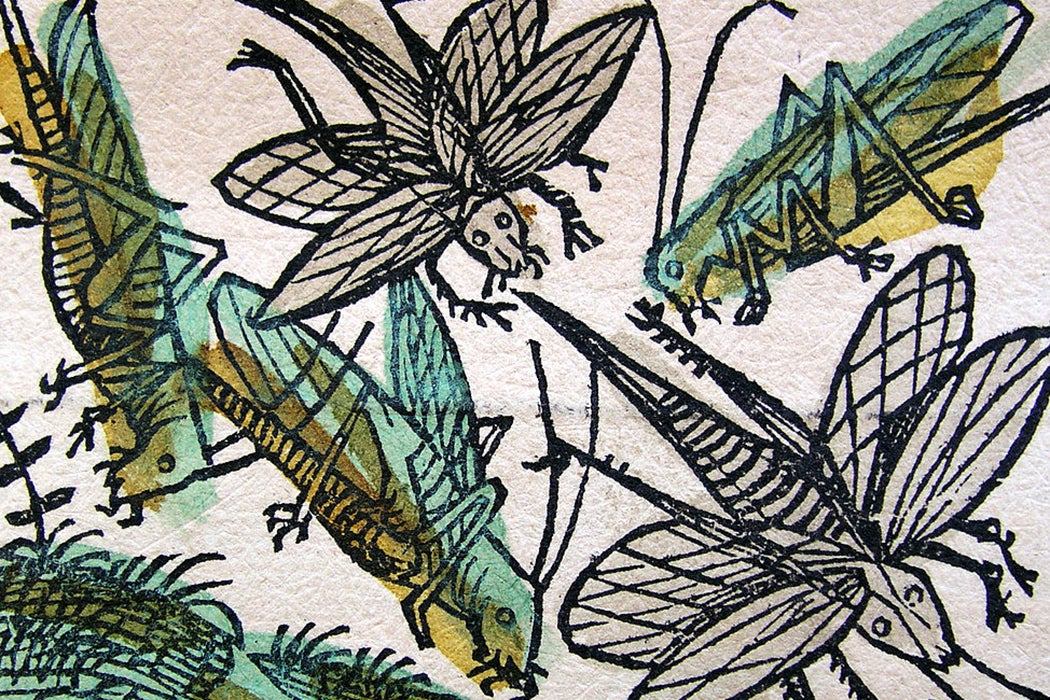 The phrases sound biblical: “Plagues of locusts;” “pestilential destroyers;” the “greatest of all terrors.” In reality, these quotes come from Texas, which was on the southern edge of the enormous swarms of locusts that ate their way through the middle of North America during the nineteenth century. Another swarm in the 1930s in the Midwest is just barely within living memory. Yet we don’t hear much about locusts in the U.S. anymore. So what happened to the locusts of history?

A locust is a grasshopper that goes communal. Both the Rocky Mountain locust (Melanoplus spretus), which spread in the nineteenth century, and the High Plains locust (Dissosteira longipennis), which swept through the early 1930s, come in two forms. Most of the time, they live solitary lives. But when their populations get dense enough, they produce eggs that turn into a gregarious generation. This new generation swarms away from the place of their birth to eat and breed further afield. In turn, the eggs of this generation produce more swarming forms, so they hopscotch across great swaths of landscape year to year.

The Rocky Mountain locust swarms have the distinction of being described as the “greatest concentration of animals” ever by the Guiness Book of World Records. The 1874 swarm was estimated to be twice the square mileage of the state of Colorado. Both Laura Ingalls Wilder’s On the Banks of Plum Creek and O.E. Rolvaag’s Giants in the Earth vividly portray locust swarms. The 1977 film Days of Heaven dramatizes a harrowing battle with them.

Nothing would hold these creatures back when they were swarming.

These locusts numbered in the trillions, obscured the sun as they flew, and piled up on the ground inches deep. They ate everything…and when they finished that, they started chewing through the cloth used in desperate attempts to cover gardens. A dark joke of the day had it that the locusts would eat whole farms until nothing was left but the mortgage.

“Scientific expertise and governmental assistance were nonexistent,” writes biologist Stanley D. Casto of the swarms that started sweeping through Texas in the late 1840s. Even after the Rocky Mountain species was identified in 1866, people believed that the swarms were the same as the ones in the Old Testament. (Arid regions like parts of Africa, Australia, the Middle East, and Asia have different species of locusts, which still occasionally swarm.)

Casto notes that “entire fields of corn, wheat, rye, and oats were consumed” and gardens were laid waste before noon. Juvenile locusts—who can’t fly until their final molt—were so hungry and multitudinous they sometimes resorted to cannibalism. On the other side, pigs, domestic fowls, and wild birds ate enormous numbers of the “hopping devils.” Children were paid five cents a pound to collect them.

Fire, lime, strychnine, brooms, all sorts of jerry-rigged crushers, and prayers were also used, but nothing would hold these creatures back when they were swarming.

And then, like an epidemic that burns itself out, the locusts disappeared. The Rocky Mountain locust has been considered extinct for more than a century now. Mining, plowing, and ranching in the valleys of the Rockies, where the grasshoppers originated, are thought to have so transformed their habitat that they no longer bred. Curiously, for a creature that existed in the millions of tons, very few of them were collected at the time. More recently, however, melting glaciers have revealed many more specimens.

The High Plains locust still exists, but it’s uncommon, just another innocent-looking grasshopper munching away on plants. Could it, or other species—perhaps those being bred for food now—just be waiting for the right conditions to swarm again? 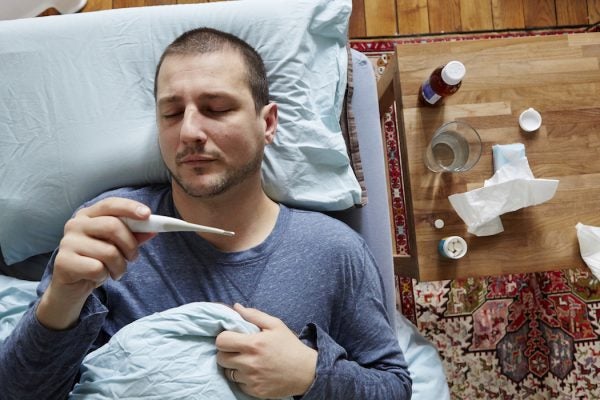 The Science of Fevers

Trying to bring down that fever? Studies show that most fevers are actually integral to effective immune responses.