When the CIA Was Everywhere—Except on Screen

Hollywood was just fine avoiding all portrayals of the Central Intelligence Agency for years after the agency’s founding in 1947. 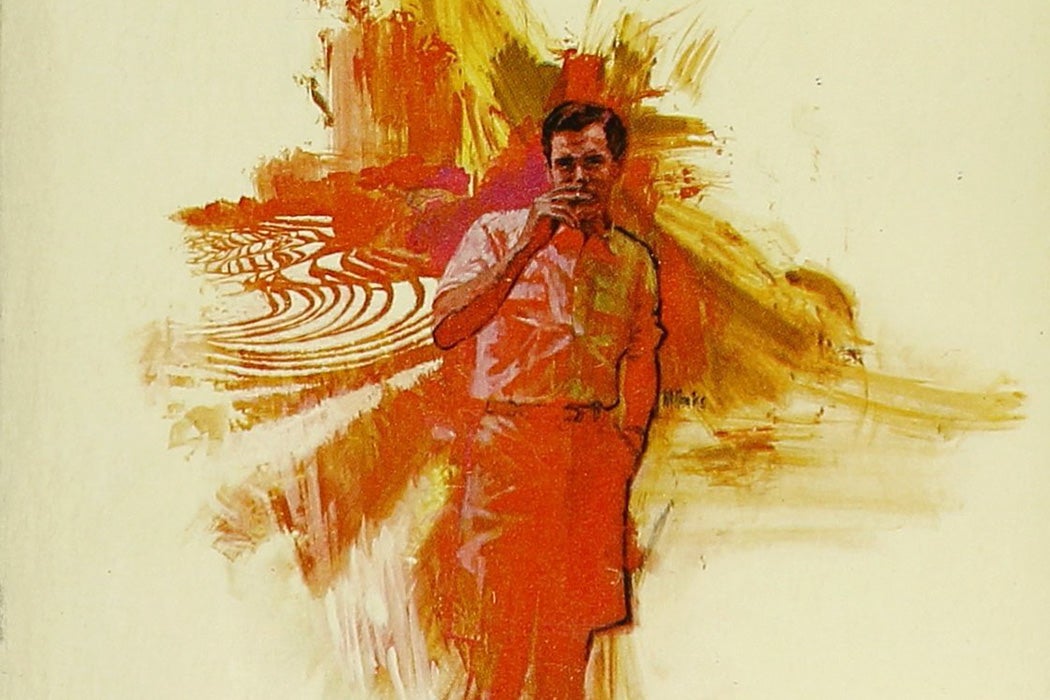 The spy film is now one of Hollywood’s favorite genres. It’s become a cliché that shadowy government entities like the Central Intelligence Agency are portrayed in a nefarious light in such entertainments. But that wasn’t the way things went in the early years of the Cold War. According to American studies scholar Simon Willmetts, “during the early Cold War,” Hollywood wouldn’t even mention the CIA.

The agency was created by the National Security Act of 1947. Until the Bay of Pigs disaster in 1961, it largely kept out of the public eye. Film and television didn’t fictionalize it, even in an era when the military and the FBI were regular subjects of entertainment. In fact, writes Willmetts, television “producers were careful to avoid any implication that the US was conducting espionage operations on foreign soil.” This was despite the fact that the late 1940s and 1950s were what intelligence historians have called the CIA’s “Golden Age” of subversion and coups.

The first explicit reference to the CIA in a major Hollywood production only came in 1959, in a quick line in the Alfred Hitchcock spy thriller North by Northwest: “FBI. CIA. ONI. We’re all in the same alphabet soup.”

There were three interrelated reasons the CIA remained out of the limelight for so long.

Willmetts argues that there were three interrelated reasons the CIA remained out of the limelight for so long. One was that the agency simply refused to cooperate with filmmakers. This was a “form of de facto censorship on any direct cinematic representation” because productions depended upon assistance from government entities. By way of comparison, the Defense Department, the Federal Bureau of Investigation, and even the Treasury Department were only too happy to burnish their public relations via Hollywood movies.

Then there the were legal restraints. Until Supreme Court decisions of the mid-1960s and the subsequent liberalization of defamation law, studio lawyers were exceedingly careful about portrayals of government officials.

Finally, the Production Code Administration (PCA), Hollywood’s internal censorship office, tread very cautiously when it came to “representations of US government and the CIA specifically.” The PCA is best remembered for policing morality and race relations. But it was also tasked with preserving a “respectful image of the American government.”

Willmetts argues that attempts to see the agency intervening in US film production aren’t historically grounded. The CIA didn’t need to infiltrate Hollywood because Hollywood was only too happy to keep the agency out of the picture.

Willmetts’s extended example is the movie version of Graham Greene’s novel The Quiet American. Greene’s 1955 work was a scathing look at the CIA in Vietnam. The 1958 movie turned the story into a heroic vision of Americans in Asia. It was directed by Joseph L. Mankiewicz, who also wrote the script, and starred actual World War II hero Audie Murphy. (Herman Mankiewicz, whose life the film Mank is based on, was Joseph’s brother.)

Greene was outraged by the result and condemned the movie. Willmetts notes that some have argued that Mankiewicz bowed to CIA agent Edward Lansdale in flipping the novel into a pro-American movie. There was, in fact, correspondence between Lansdale and Mankiewicz. But Willmetts writes that this occurred after Mankiewicz reversed “Greene’s stark condemnation of the violent consequences of American’s naive idealism.” Mankiewicz did this to conform to the Production Code. The censors were on the inside.