How the Bay of Pigs Invasion Changed JFK 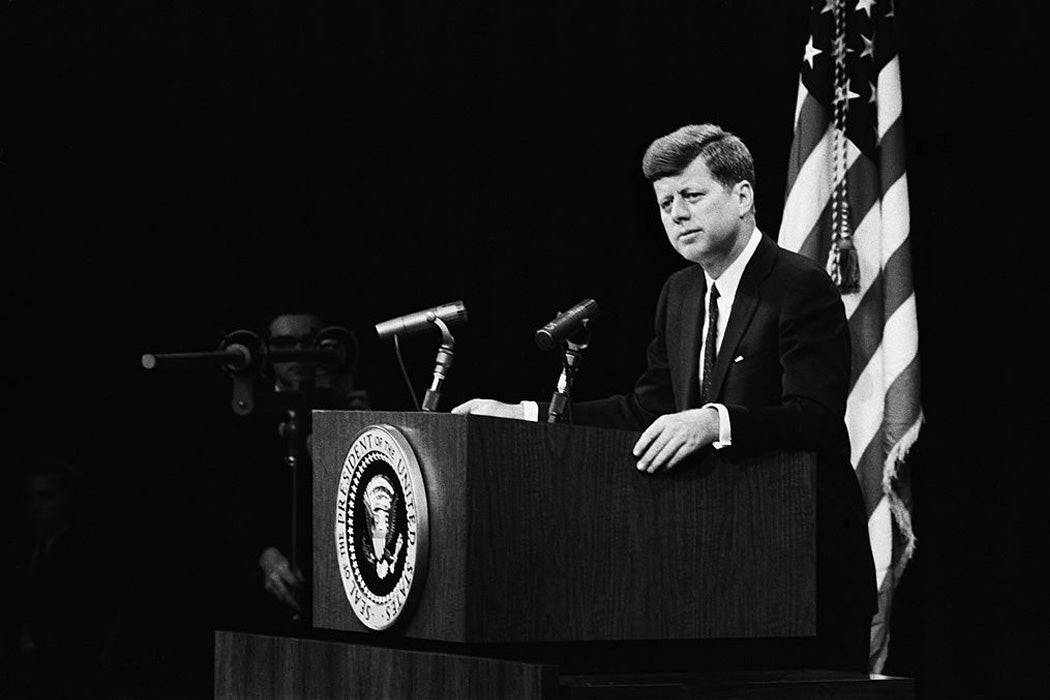 The Bay of Pigs invasion, which began on April 17, 1961, featured a United States-sponsored force of Cuban anti-communist exiles, who landed in their home country only to be routed by forces loyal to President Fidel Castro. The failed invasion took place just three months into John F. Kennedy’s administration, and, writes historian Joshua H. Sandman, “revealed to the President that he could not give his complete trust to the experts.”

According to Sandman, after the invasion Kennedy felt he needed a new way to conduct sensitive foreign policy. It was the height of the Cold War, and JFK felt that he could no longer trust the CIA, along with much of the foreign policy establishment he inherited, including the National Security Council.

The invasion had no basis in international law.

Kennedy’s predecessor, Dwight Eisenhower, had authorized a Cuban guerrilla army back in March of 1960. Eisenhower envisioned a quiet landing of a guerrilla band intent on covertly overthrowing the Castro regime. By the time the CIA had developed its plan and presented it to the newly-elected president, it had become a full-fledged invasion scheme. With holdovers from the previous administration pushing the plan, a meeting on January 22, 1961 sold the invasion to Kennedy and his top advisors.

Foreign relations scholar Rebecca R. Friedman writes that the new president, who had campaigned on a get-tough-with-Castro platform, gave the go ahead. Friedman notes that much got lost in the transition of power between Eisenhower and the new president. Bay of Pigs errors were legion. The exile army expected U.S. air cover that never arrived. Communications between Kennedy and the commanders in the field were practically nonexistent. Castro’s military and political strength was underestimated, as there was no ready force of Cubans on the island ready to take on the communist dictator. Allies, both Latin American and European, were not consulted. UN Ambassador Adlai Stevenson presented a lie to the General Assembly about the background of a preliminary attack on the Cuban Air Force. The need to maintain the secrecy of the operation prevented serious discussion of its risks and ultimate purpose. The invasion had no basis in international law, making the United States an outlier in a system of legal obligations that it had promoted since the end of World War II.

As a result of the disaster, Kennedy revamped the administration’s decision-making process. He instituted a more collegial atmosphere, in which pros and cons could be openly discussed. He emphasized consulting with allies and being concerned with the impact of international law on major foreign policy decisions. And most importantly, the focus of decision-making moved from the CIA to advisors the new president trusted, including his brother Robert Kennedy, the attorney general, and old friend Theodore Sorensen. The CIA and the National Security Council would be consulted, but they would no longer have total sway in the new administration.

Kennedy emerged from the Bay of Pigs disaster with a distrust of the permanent government foreign policy agencies. That caution proved instrumental in coping with the even-more serious crisis ahead.

Sandman argues that the changes may well have saved the world. By the time of the Cuban Missile Crisis in October 1962, which Sandman argues grew directly out of the Bay of Pigs disaster, Kennedy constructed an advisory process that worked. Not only had he changed his advisors, he had also changed the procedures to make decisions on foreign crises. The permanent foreign policy establishment was consulted, but no longer made the final call. A collegial decision-making process kept options opened, and prevented a quick decision that might have led to nuclear war.