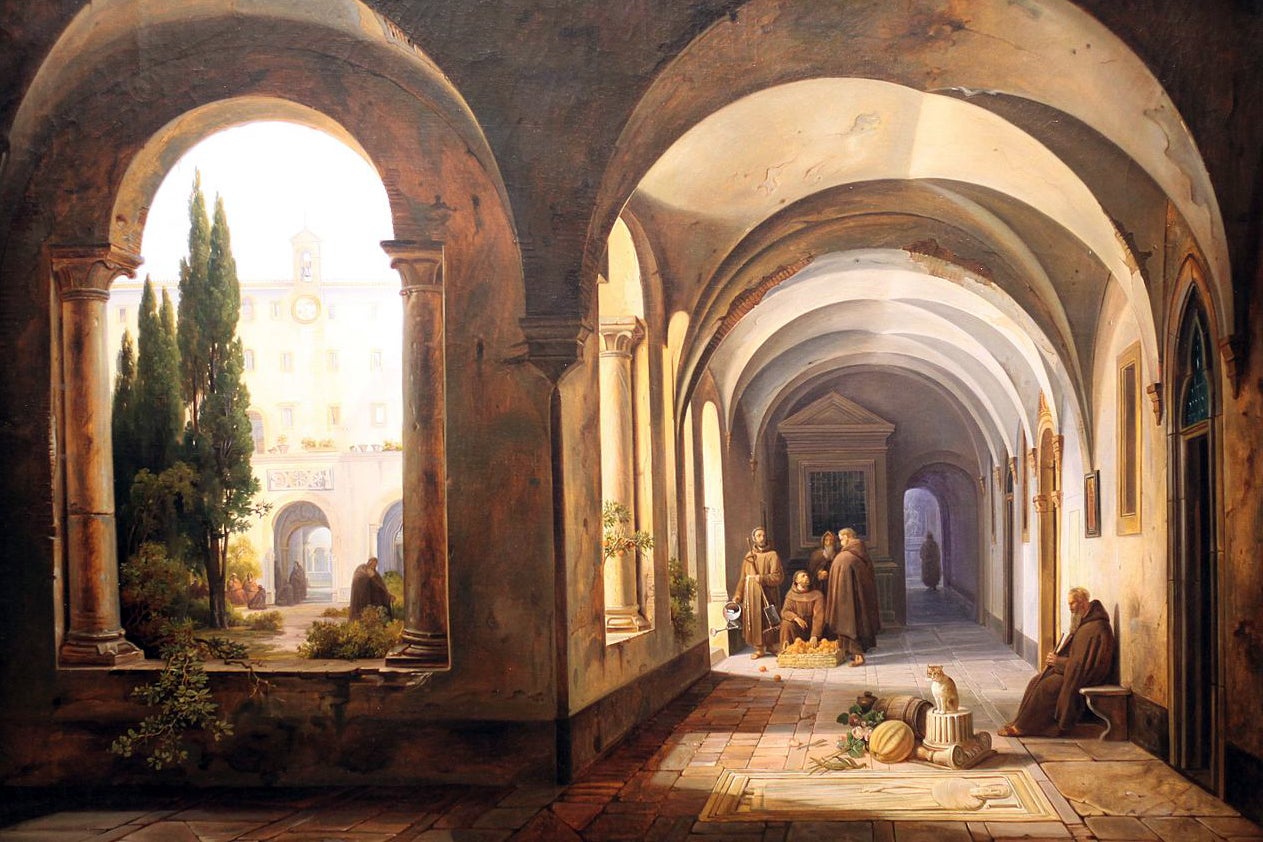 Charitable giving can be a selfless act, a form of ego gratification, or a smart investment that will pay off down the line in the form of a social alliance or material benefit. Or, as Ilana F. Silber explains, writing about the structure of gift-giving to medieval European monasteries, giving to charity can be something that incorporates all these motivations, and transcends them.

From the fourth century on, Silber writes, Christian theologians often wrote of monks as spiritual workers, “expiating the sins of others,” or “praying for the world.” Echoing Christ’s sacrifice, their vicarious penance and self-sacrifice helped improve the fate of the living, and of the dead in the afterlife.

Royalty and aristocrats were regularly giving huge swaths of land to monasteries. In exchange, the monks might pray for the donor’s soul.

Monks also worked in the material world, often growing crops and working as craftsmen. But a tradition of lay people giving gifts to monasteries, which we might think of as a payment for their intervention with the Almighty, slowly developed. By the ninth century, royalty and aristocrats were regularly giving huge swaths of land to monasteries. In exchange, the monks might pray for the donor’s soul, offer him burial in the monastery’s cemetery, or even let him officially don the monastic habit and join the monastery just before death.

Between the ninth and twelfth centuries, when gifts to monasteries were at their peak, they became a major engine of economic activity in European communities. Monasteries hired craftsmen and artists, provided banking services, and served as schools, old-age homes, and inns. They also redistributed a small part of their wealth to the poor in the surrounding communities as charitable relief. “[I]t may be even tempting to see donations as a tacit form of ‘payment’ for provided services,” Silber writes. “It is certainly necessary, at any rate, to understand the flow of donations to monasteries as partaking of, and contributing to the overall circulation and redistribution of goods and services in medieval society.”

There were more worldly benefits to supporting the monasteries, too. Kings might expect that, in time of war, the monks would provide financial support or recruit fighters from the people living on monastic territory. Donations were also a way of asserting status. With political power fragmented among competing kings and lords, rival leaders could prove their social prominence and wealth at big ceremonies to mark their aristocratic generosity. Supporting a monastery with high “spiritual prestige” and political clout could be a winning power move.

From our twenty-first century perch, it’s tempting to see gifts to monasteries as part of a cynical exchange involving economic and political power, and otherworldly rewards. But Silber writes that medieval people saw their material conditions and afterlives as intertwined with their collective identities and the institutions around them.

“[M]onastic wealth in splendid display came to stand for the spiritual and material welfare of such global political-religious entities as the kingdom, empire, or ‘Christendom’ at large,” she writes.

Worth pondering as we make our own donations this year, out of holiday cheer or in the hopes of a fat tax deduction. 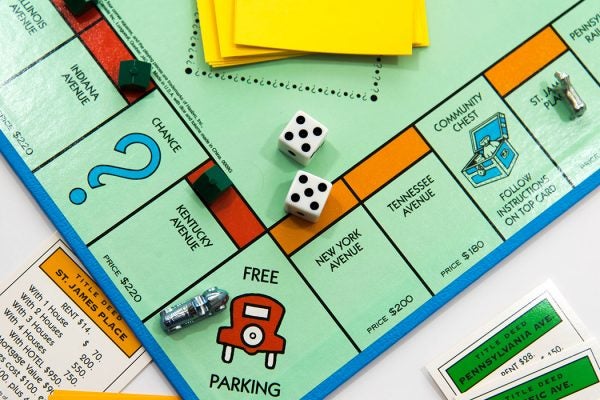 The Different Meanings of Monopoly

Monopoly's real inventor was Lizzie Magie, a progressive Georgist, who believed that land should be collectively owned by all.