When Harriet Beecher Stowe and George Eliot Were Penpals

These 19th-century novelists might seem to have little in common. But for 11 years they wrote each other letters, forging an unusual literary friendship. 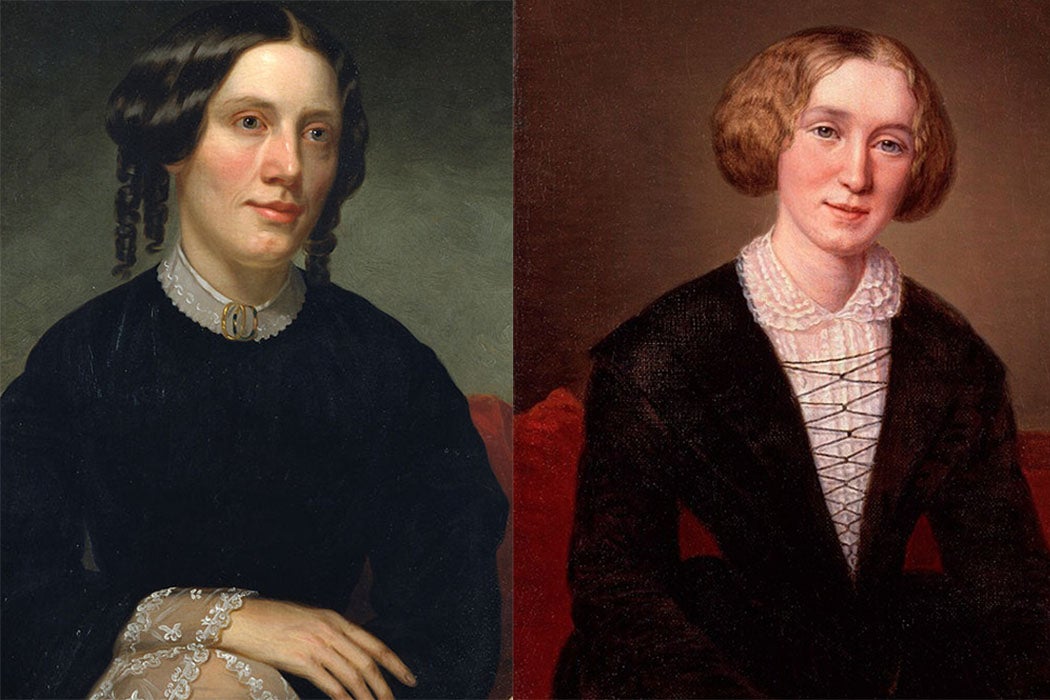 On April 15th, 1869, the famous American novelist Harriet Beecher Stowe wrote a letter from her home in Mandarin, Florida, to the famous British novelist George Eliot. Thus began a long, fascinating, passionate, epistolary friendship between these two very different writers. Literature scholar Marlene Springer writes, “Stowe and Eliot were so seemingly unlike in style, temperament, religion, even personal lives, that they would appear to have little more than sex and pen in common.”

It’s true that their lives were, on the outside, wildly different from one other—Stowe was the religious author of sermonizing, sentimentalist fiction, the daughter of a famous preacher, and the wife of a biblical scholar and mother of seven; Eliot was a shrewd critic and editor who scandalized the English literary community by living “in sin” with her partner George Henry Lewes, who was in an open marriage to someone else. Despite these differences, they shared a literary bond, writing to one another about their writing, their families, and even the Great Beyond.

“A book is a hand stretched forth in the dark passage of life to see if there is another to meet it.”
Harriet Beecher Stowe

They were actually in a unique position to understand one another. At the time of that first letter, Stowe was fifty-seven years old, the well-known author of the bestselling and massively influential Uncle Tom’s Cabin. Eliot, fifty, was a well-established author herself; Springer notes that her novel Adam Bede had been “a sensational success” that was topped only by, well, Uncle Tom’s Cabin.

Stowe opened their correspondence by heaping praises upon Daniel Deronda, especially the bravery it took to make the hero Jewish, attempting to “treat Jews sympathetically in hope of countering some of the English stupidity concerning them.” Stowe of course had written Uncle Tom’s Cabin with a similar idea in mind, hoping to humanize African Americans in the wake of the Fugitive Slave Act. (The unfortunate stereotype of an “Uncle Tom” as a subservient traitor comes not from her novel but from unauthorized, racist minstrel shows created later, undoing what her book meant to do.)

They also wrote to each other about women’s suffrage, which they were both ambivalent about. This sounds surprising to modern ears, but according to Springer it came from a feeling that “women are more spiritual than men and that they risk losing some of this spirituality if they subject themselves to the rigors of the real world.” As they explored further the topics of spirituality and religion however, things got a little…weird.

Despite a strict Calvinist upbringing, Stowe had some experience with the spiritualism that was so popular at the time. According to Springer, Stowe’s husband wrote a pamphlet describing his frequent visitations from tiny fairies that danced on his windowsill and other supernatural creatures, including the devil. So Stowe was perhaps primed when she saw “a cool headed clear minded woman” contact the spirit of Charlotte Brontë via planchette. She wrote to Eliot all about this extraordinary encounter with the writer they mutually admired, enumerating the specifics that in her mind made it clear it was not hoax. Eliot responded politely but skeptically, noting that it seemed “amazing” but also “enormously improbable.”

Stowe was effusively affectionate in her letters. Eliot’s missives were more reserved, though she clearly “welcomed the friendship of a woman who could share if not her intellectual concerns, her being an author, and female, and vulnerably public.” Throughout career ups and downs and various scandals on both ends of the ocean, the women were consistently supportive of each other, continuing to write until Eliot’s death in 1880.

In a world before MFAs, literary Twitter, conferences, and other forms of community, these writers created their own tiny support system. As Stowe put it, “Is it not true that what we authors want is not praise so much as sympathy? A book is a hand stretched forth in the dark passage of life to see if there is another to meet it.” 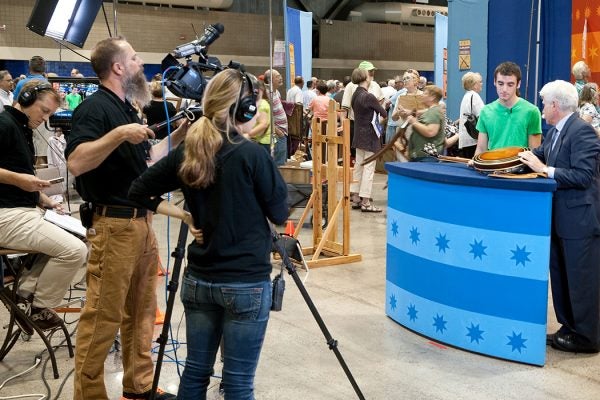 The Religious Experience of Antiques Roadshow

What has made this slow, quiet television show about antiques the sleeper hit of PBS? One scholar describes the show as enacting near-religious rituals.