The first baths weren’t about getting clean or relaxing. In the 1860s, experts agreed that the best kind of bath was a brief plunge in cold water. 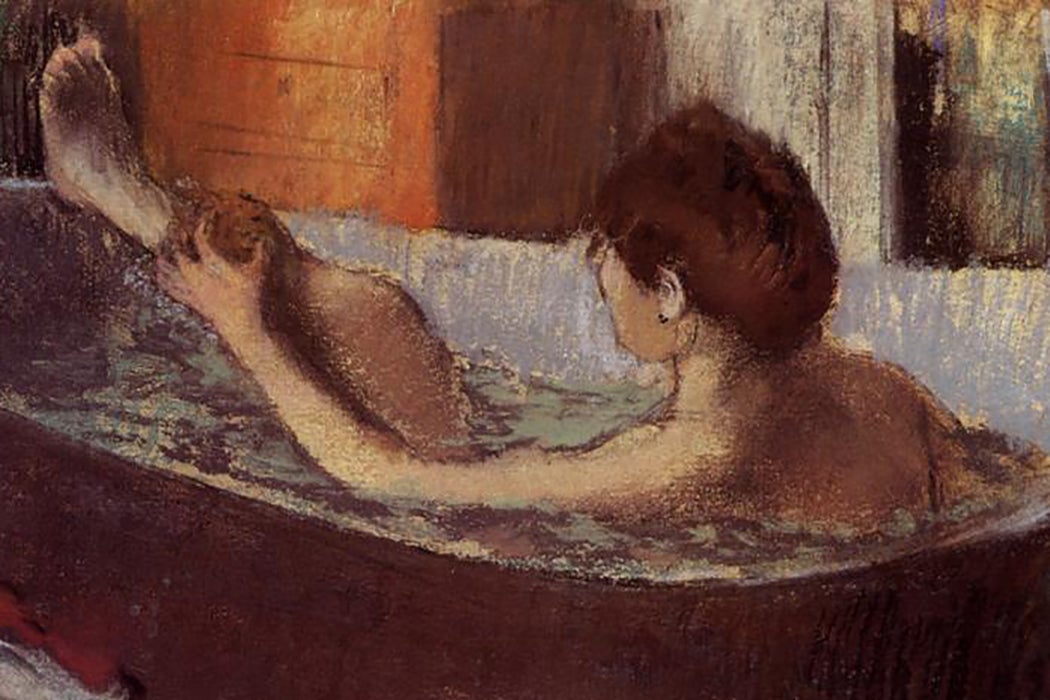 A selection of Woman in a Bath Sponging Her Leg (1883) by Edgar Degas
via Wikimedia Commons
By: Livia Gershon
3 minutes
Share Tweet Email Print

Most Americans in the first part of the nineteenth century didn’t bathe. There was little indoor plumbing, and besides, everyone knew that submerging yourself in water was a recipe for weakness and ill health. But historian Jacqueline S. Wilkie explains how things began to change toward the middle of the century.

First in Britain, and then in America, concerns about cholera and other disease borne by contaminated water drove cities to expand water and sewage facilities. With plenty of water easily available indoors, some of the nation’s wealthiest people began using bathtubs. The first fixed tub installed in a private home may have been installed in 1842 in Cincinnati.

At first, bathtubs were expensive, Wilke writes. The earliest ones were made of painted sheet metal that had to be carefully shaped from a single sheet, or crafted from expensive porcelain. Tubs made of copper or zinc-lined wood were a bit cheaper, but also more prone to leak.

Still, the idea that a bathtub was a useful facility trickled down to the middle class through books and magazines about domestic life. In an 1861 Godey’s Lady’s Book feature on “model cottage” plans, the majority of the homes shown had bathrooms on the second floor.

In the nineteenth century, hot baths were a no-no, as was actually relaxing and enjoying the water.

Ideas about bathing evolved as the technology improved. Wilke writes that doctors, social reformers, and domestic advice-givers provided various rationales for bathing as a healthy practice. Some leaned on old-fashioned medical theories involving the balancing of humors and the elimination of bile through the skin. Others suggested a tepid bath for refreshment and revitalization. By the 1860s, expert opinion was nearly unanimous that the best kind of bath was a brief plunge in cold water to relieve congestion of the brain and fight anything from cholera to whooping cough. For the most part, hot baths were a no-no, as was actually relaxing and enjoying the water.

“However pleasant a long-continued bath may be in hot weather, yet it is by no means to be recommended,” British domestic engineer J.H. Walsh warned in 1857. In fact, parents should yank kids out of their baths, lets they “dabble too long in the water and thus do absolute injury to themselves by carrying to excess what is otherwise a most valuable adjunct to health.”

The focus of bathing was not to remove dirt, and few experts suggested the use of soap. One physician suggested soap only for excessively dirty bodies, since it removed necessary oils from the skin.

By the Progressive Era, the continuing dirtiness of people who couldn’t afford their own bath tubs became big enough public concern that cities began providing free bathing facilities as an essential public service. 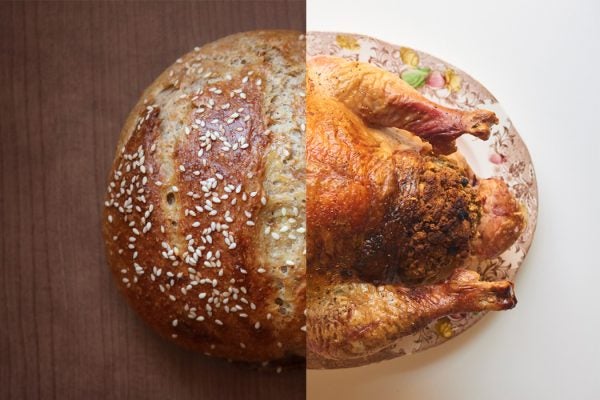 We cook bread, meat, and vegetables much the same way: in our ovens. So why do we say we "bake" bread, but we "roast" meat and veggies?