The short-lived radical movement within feminism has gotten a bad reputation for centering white women’s experiences. Is that deserved? 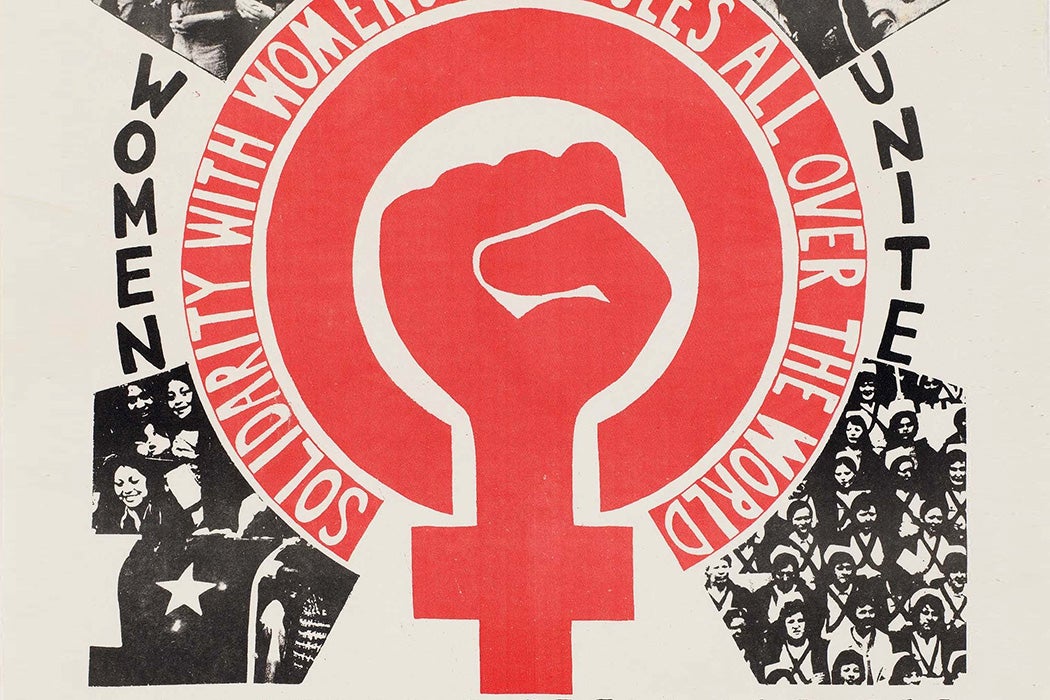 Fifty years ago, the Women’s Strike for Equality brought tens of thousands of women out onto the street in more than ninety cities. Shortly thereafter, Sisterhood Is Powerful, a collection of key writings by radical women, was published. These events represent a high-water mark for women’s liberation, a hugely influential but short-lived current within feminism. As historian Sara Evans writes, over the past half-century, that movement has been enormously misrepresented.

Women’s liberation took shape in small groups all over the country starting around 1967. One of its key insights was articulated in the catchphrase “the personal is political.” Many women of all races threw themselves into the work of understanding and transforming basic facts about their own lives, as well as legal and institutional frameworks. While the August 1970 March on Washington was called by the National Organization for Women, a liberal feminist group, many of its participants were energized through participation in local women’s liberation groups.

In the 1960s, radical women of all races were reacting against the sexism of male leadership in leftist groups.

“In many places that energy shifted very quickly from naming the problem to doing something about it,” Evans writes. “Start a journal, write a book, create a daycare center, set up softball teams and karate classes, organize clerical workers, hold a demonstration, dramatize with guerrilla theater.”

Looking back on that era, many people today see a movement made up of white, middle-class women fixated on their own problems. But Evans writes that this is a misunderstanding. In the 1960s, radical women of all races were reacting against the sexism of male leadership in leftist groups like the Black Panthers and Students for a Democratic Society. They were also applying ideas from antiracist and anticolonial struggles to their experiences as women. Evans acknowledges that this sometimes led to troubling results within majority-white women’s liberation groups.

“There is no doubt that white women too often universalized their own experience by presuming to speak to and for ‘all’ women,” she writes. “But later generations failed to notice that women of color from the beginning raised the problem of their double jeopardy, pointing out the sharp differences in experience when gender interacts with race and class.”

But the intensity of women’s liberation declined under the weight of infighting, burnout, and a general cultural retreat from utopian thinking. By the mid-1970s, almost no one talked about women’s liberation anymore. Meanwhile, in most colleges and universities, intersectional analysis was still years away. Many white, privileged feminists developed theories that centered gender oppression, often at the cost of considering class and race.

“It was these academy-based theorists who fixed the perception of 1970s Second Wave feminists as white, middle-class, self-interested, and anti-sex,” Evans writes.

In today’s era of multiracial street protest, often led by Black women and other women of color, it’s worth revisiting the multiracial activism that was women’s liberation.

Honoring the scientists, poets, activists, doctors, and librarians--those we know and those we don't.