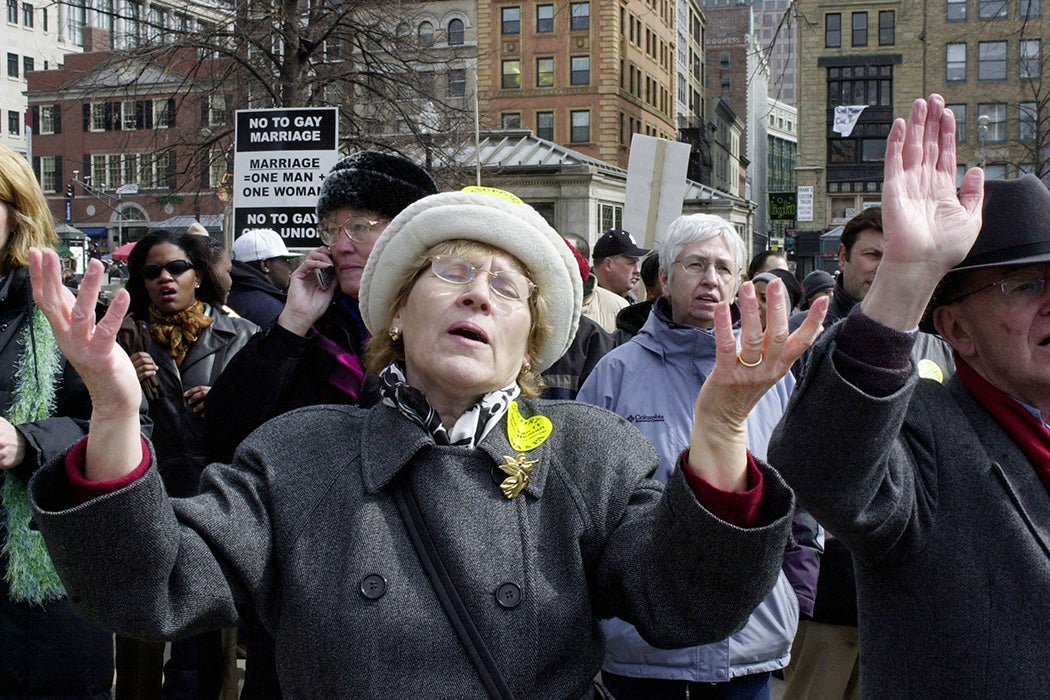 To many people, both secular and religious, “fundamentalism” is an essentially pejorative term, referring to authoritarian religious forces seeking to drag society back into the past. According to prominent Protestant theologian Edward Farley, who passed away in 2014, this isn’t all wrong. But, he argues, fundamentalism is also a predictable product of modern societies.

Farley writes that, when the term “fundamentalism” was coined in the early twentieth century, it referred to a movement among conservative US Protestants to defend the literal truth of the Bible against historical criticism and the theory of evolution. Over time, scholars began applying it to similar phenomena in other religious traditions, such that it became possible to be speak of fundamentalist Islam or Hinduism. Meanwhile, the term also took on a negative connotation, as many evangelical Protestants used it to describe their counterparts who isolated themselves from modern society.

Looking only at rituals and institutions misses “religion’s very center, that which the rituals are all about, namely something eerily holy.”

Farley argues that some aspects of fundamentalism are common to all sorts of religious traditions. To be a member of a religion is to trust that the beliefs and actions of that religious community represent the wishes of a divine power. Yet, he writes, looking only at rituals and institutions misses “religion’s very center, that which the rituals are all about, namely something eerily holy.”

Across religions, prophets and other holy figures don’t just uphold the faith’s authority. At times, they become a scourge of established structures and practices, revealing them as fallible human creations out of step with the divine.

“Worshipful relation to the holy carries with it a certain sense that what is worshiped and religion’s mediations can never be identical,” Farley writes.

He argues that fundamentalism, which shifts this balance between authority structures and the indescribable divine, emerged after medieval society in Europe gave way to the modern era. This change—encompassing industrialization, increasingly democratic governments, capitalism, and colonialism—gradually brought a previously unheard of secularization. Central aspects of life, including scientific inquiry, education, and government, began to fall outside the control of religious structures. Religions certainly didn’t disappear, but they were no longer the core of society. In modern, secular societies, most people of faith live much of their lives in environments that are built on foundations other than their beliefs and practices.

While some religious individuals and authorities in a secular society loosen their truth claims and recognize the validity of other points of view, others double down on their traditions. For them, the holy becomes totally identified with the texts, institutions, or practices of the religion, which makes it impossible to question them without departing from the faith.

“In this situation religion’s central and intrinsic reference becomes the empirical-factual strand of its meditations,” writes Farley. “With this turn the subject of the fervor and focus of faith is not the holy itself… but various empirical states of affairs.”

By focusing on empirical claims, the religion can meet secular institutions on their own terms, debating factual matters like historical and cosmological events. The result is fundamentalism.