Scholars don’t typically pay that much attention to smells, but odors have historically been quite significant. 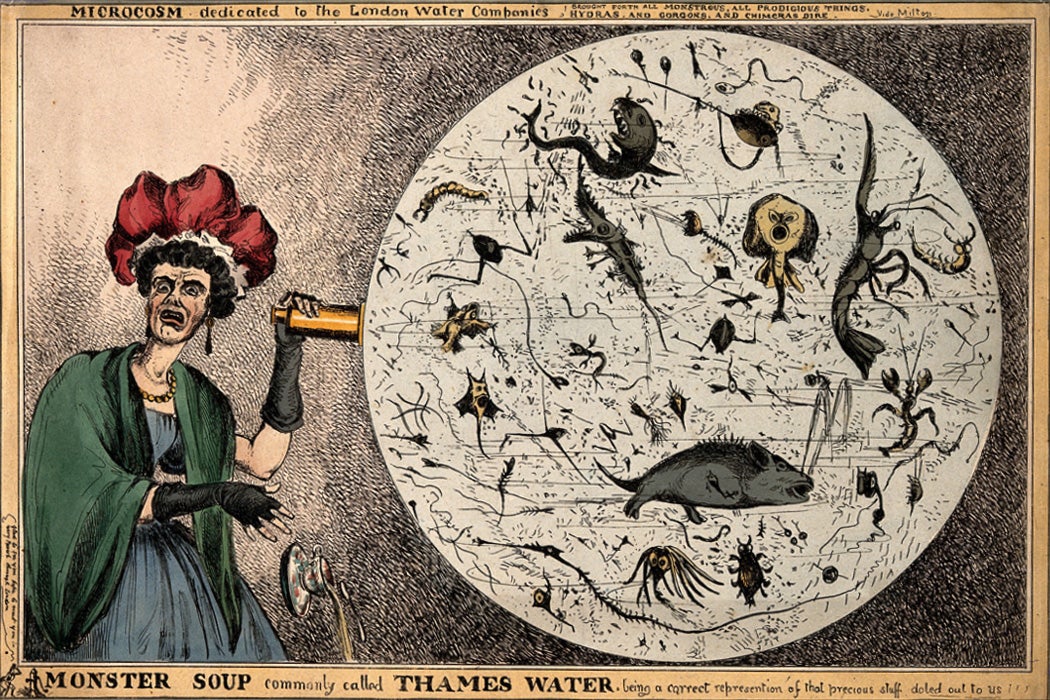 In the late 1990s, Oxford University Press published a series of scratch-and-sniff books for children under the title Smelly Old History. Readers were treated to scents intended to mimic medieval muckheaps, Victorian factory smoke, and Henry VIII’s gangrenous toe. As worthy as these books may have been, historian Mark S. R. Jenner argues that it’s rather odd that there are so few serious history volumes focusing on smells.

“[A]cademics studying smell are all too often judged to be immersed in something not only insubstantial and ephemeral but also incapable of yielding any solid worth,” Jenner writes.

This kind of stink was by no means ubiquitous in premodern times.

If we do think about historic smells, it’s often to consider how terrible unwashed bodies and open sewers would seem to our modern noses. But Jenner writes that this kind of stink was by no means ubiquitous in premodern times. It was in moments of high poverty and rapid urbanization that the most awful odors arose—“moments and cultures better understood as experiencing or entering modernity than as immured in some ‘primitive’ state.”

Far from ignoring foul odors, people in many historical times and places were deeply interested in scents and what they might mean. In some rural areas in Indonesia, theft has been understood to produce a foul smell that alerts the community to the crime. The early Christian Church distinguished itself from other Mediterranean religions by avoiding the ritual use of aromatics—until it “reodorized” its services with the heavy use of incense.

From second- to eighteenth-century Europe, before the rise of germ theory, medical texts maintained that odors could directly affect those who inhaled them. For example, smelling a snuffed candle was long thought to risk death or miscarriage. In the 1860s, English novelists, including Charles Dickens, evoked social and class distinctions through careful description of the scents of gin, geraniums, soap, and the insides of various London churches.

What constitutes a terrible smell is also historically contingent. Jenner writes that in 1657 a London barber faced investigation “for making & selling of a Drinke called Coffee whereby in makeing the same he annoyeth his neighb[ou]rs by evill smells.” Just fifty years later, coffee houses were a ubiquitous and inoffensive part of the London smellscape.

Jenner notes that many historians see a decline in the social importance of scents between the sixteenth century and the twentieth. Some have argued that increasing separation from nature has distanced us from the most “animalistic” sense. Others point to the rise of writing, printing, and perspectival representation, which may have elevated sight at the expense of other senses.

Of course, smells still have meaning in our modern world, from the subtle scent notes that supposedly make expensive perfumes worth the money, to the stigma associated with a waft of body odor. And yet, as Jenner writes, “Smells, it seems, still fit uneasily into the world of serious scholarship.”