Watch Out for Lightning

How did 300 reindeer in Norway die from a single lightning strike? 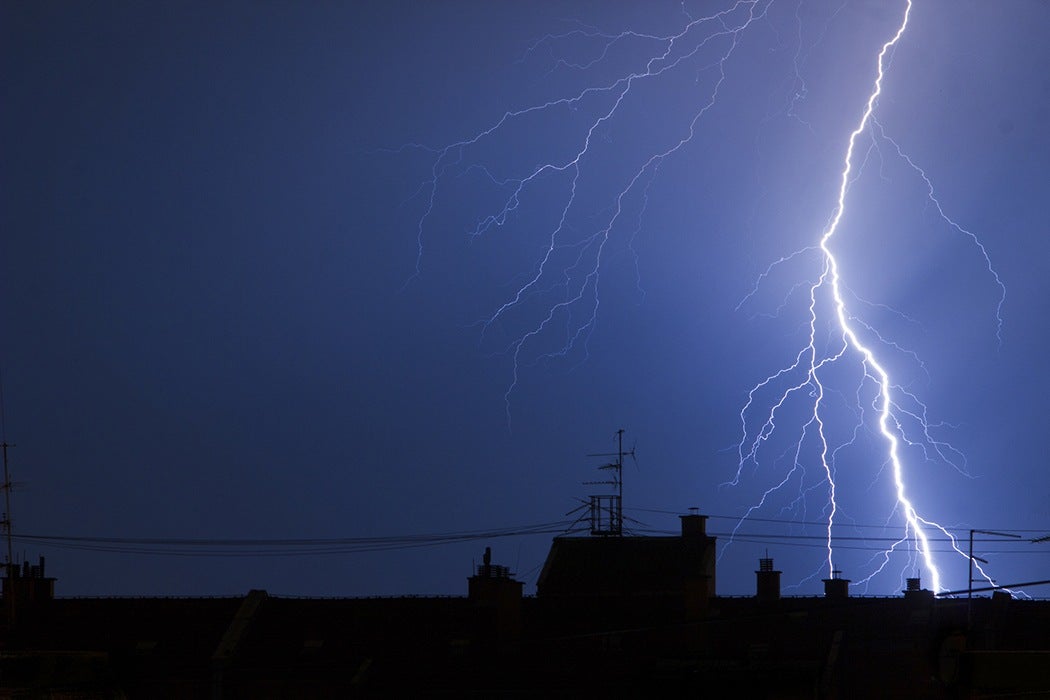 Recently, a group of reindeer migrating across a high plateau in Norway were caught in the open during a severe thunderstorm. The reindeer followed their ancient instincts and huddled together to ride out the storm. When the dust settled, more than 300 reindeer had been killed, all by a single lightning strike. How is this possible?

It might help to begin with a reminder of what exactly lightning is. Lightning is caused by a charge gradient that builds up in the atmosphere during storms. Raindrops obtain extra electrons and become negatively charged. The negative charge seeks out a positive charge, either in the ground or, less commonly, in another cloud. The charged particles that create the path to the ground are not distributed evenly, so the current jumps from one clump of charged particles to another until it hits the ground, creating the zig-zag pattern. Bolts can carry up to one hundred million volts (by comparison, a police taser is 50,000) and reach extraordinarily high temperatures.

How did a single lightning strike kill 300 reindeer in Norway?

Lightning is direct current, not alternating current, so it passes through a body quickly and once rather than repeatedly and does not cause dangerous muscle contractions. However, even a single brief massive charge, if it crosses the chest, will disrupt the electrical impulses that contract the heart. A wet reindeer is unfortunately an excellent conductor; the charge would go up one leg, through the torso, and back into the ground, stopping their hearts along the way. The helpless creatures would simply drop dead, virtually in an instant.

When lightning hits there is a point of impact, but the charge will typically spread outward from the center until eventually it dissipates. That’s how one strike could have killed an entire herd of reindeer. The ground was wet, efficiently conducting the electricity outward. The charge was likely reduced farther from the point of impact, but with the herd bunched together, the creatures were doomed. Lightning strikes have been known to kill or injure groups of people or even endangered sandhill cranes.

Of course, there is also flash-over effect. Electricity will flow along the outside of a metal surface—so people are safe in car provided they stay completely inside. Sometimes (for the lucky), that happens with actual skin and the charge will flow over the outside of the body, avoiding internal damage or cardiac events. A victim of a flash-over effect will likely find himself naked and covered in superficial burns (clothes get blown apart) but basically okay. Contact with a conductive object will conduct the strike right into the body, however, negating the flash-over effect, so it’s best to put those smartphones away.

Then again, the chance of getting struck by lightning in any given year is, according to the National Weather Service, 1 in 1,042,000. (That’s for humans, figures not available for reindeer.) 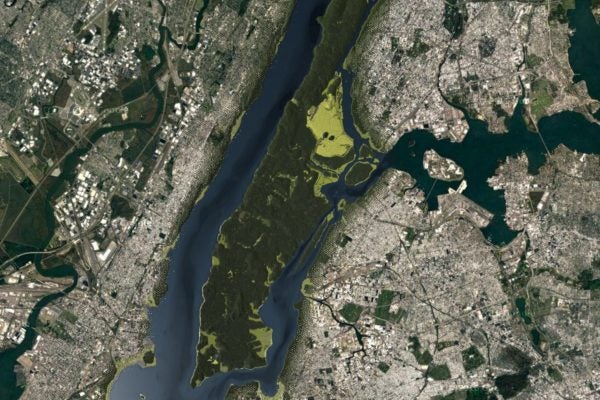 The Welikia Project recreates a lost vision of Manhattan, one composed of marshes and forest surrounded by wide, meandering rivers.