Much in the same way we hail cabs in cities today, a medieval Londoner could hail a torch-bearer (a link-boy) to light their way home from a night on the town. 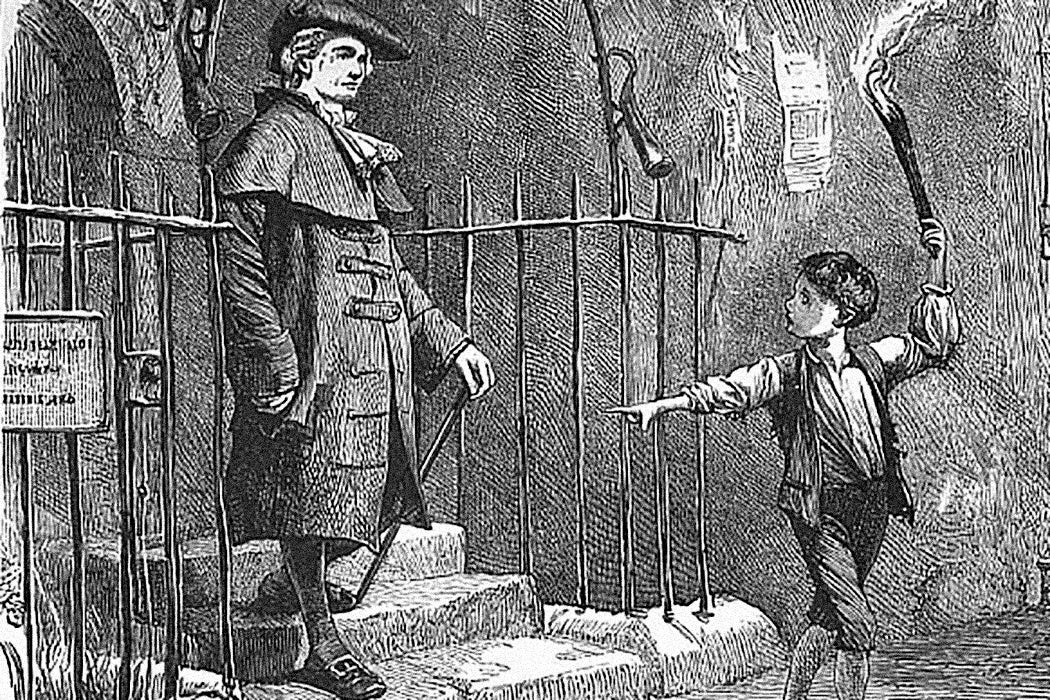 There was a time when cities still slept. In premodern London, despite patchy schemes here and there for street lighting, once darkness set in, it was a challenge to make one’s way through the slumbering streets. There was a solution, however: much the way we hail cabs, a medieval Londoner could hail a torch-bearer to light their way home from a night on the town.

Through the Victorian era, the city was home to a burgeoning community of these walking street-lights-for-hire, known as link-boys. Torch-waving urchins crowded around popular night spots, such theaters, taverns, and gambling halls, calling for customers. They pop up everywhere in Samuel Pepys’ famous diary, accompanying him on his nocturnal rambles.

If you see an upside-down metal horn hanging from the wall of an old London home, for instance, it may have once served as a link extinguisher.

The marks of this once-common job are still visible around the city. If you see an upside-down metal horn hanging from the wall of an old London home, for instance, it may have once served as a link extinguisher. Once, these huge snuffers would have hung from the walls of many homes, along with link rests and special stones for rubbing away the charred bits of the torch to keep the flame bright.

Now that you know what a link-boy is, you might start spotting references to them in Shakespeare and Dickens. Like many working-class figures, they never received much considered attention from the literati, but they’re often there nonetheless, hovering in the background. Poets compared link-boys to fireflies; painters portrayed them as Cupids, enabling secret assignations.

At the same time, the people who hired link-boys had a tendency to regard them with suspicion. There were constant anxieties that link-boys of the city were in league with bandits and might suddenly extinguish their torches to leave the hapless traveler at the mercy of a pack of thieves. Whether such concerns were based in reality or not, it’s no wonder that their well-to-do employers were dimly aware of a certain tension, as most link-boys were desperately poor children.

Link-boys even outlasted the advent of street lighting. When gas lamps first came to London in the early 1800s, they were fairly dim. Deep pools of darkness lay between each lamp. And even as street lighting advanced, a new threat arose that made link-boys necessary: the infamous London fogs.

London had been prone to fogs since at least the 1600s, but as urbanization advanced and pollution worsened, the city found itself mired in ever-thicker and more noxious hazes. London’s many chimneys, constantly pouring out smoke, were, as one meteorological journal put it, a “volcano of a hundred thousand mouths.” When atmospheric conditions conspired to press this smoke back down into the streets, the result was horrific. So thick and yellow that they earned the name “pea-soupers,” the fogs blotted out the sun in the middle of the afternoon. It was impossible to see from one end of the street to another. The air burned people’s eyes and throats, and the dust darkened their clothes. Flakes of soot settled on buildings in black crusts.

One Londoner, J. Vila Blake, wrote of going to see the Opera on a foggy night, only to discover that the haze had crept indoors, rendering the stage impossible to see. Oddly enough, “although there was nothing in the opera to move one, the audience seemed to be perpetually in tears”—an effect of the fog’s chemical sting. On going outside, he found that:

The fog lay thick and dense around us; the link-boys were out in all their glory, dashing wildly about among the bewildered crowds, with their “Have a torch, sir?” “Light you home, sir?” “Better take me, sir!” Then darting frantically into the blackness they were lost, only to reappear again, thrusting their blazing fire-brands so near your clothing that it really seemed frightful. Drivers were offered enormous sums by terrified people to take them home—offers refused with frightful oaths; helpless women clung to railings for safety; now and then a solitary omnibus came along, each horse led, by a link-boy with his flaming torch; men knocked against each other, and we clung tightly to each other’s arms and strove to keep each other in sight.

The dangers of the fog became a golden opportunity for link-boys. But it was not to last forever. Gas lamps were being supplanted by brighter electric streetlights. A Punch cartoon of 1898 heralds the shift. It depicts a smiling link-boy carrying a blazing electric torch, striding boldly towards his own future obsolescence. 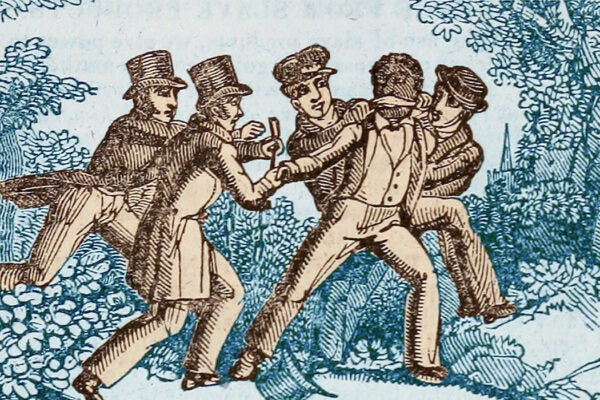 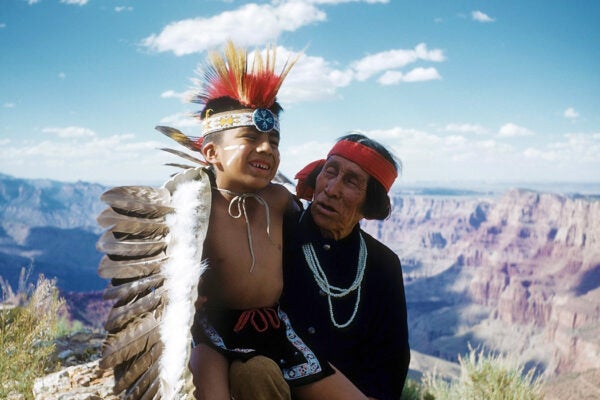