It Turns Out Ordinary Life is Full of Poetry (Metaphorically Speaking)

The metaphor isn’t just a literary device; it informs our conceptual understanding of language and the world. 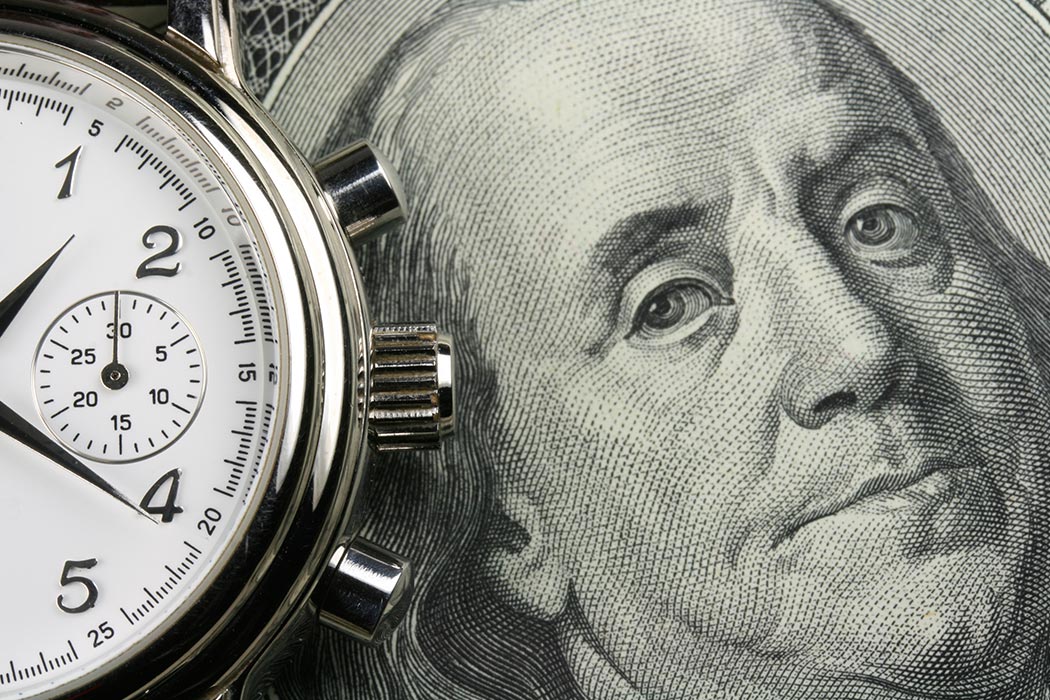 The metaphor, "Time is Money," has shaped our understanding of time as a concept.
By: Chi Luu
7 minutes
Share Tweet Email Print

As the March Hare might wonder: Why do we say one thing when we mean another? In short, why do we use metaphor when we can stick with literal, plain language? Wouldn’t that be more efficient and less confusing to convey our meanings across? Why drag all this artsy-fartsy linguistic embellishment into the everyday world where it isn’t needed?

In ordinary, every day life, we tend to think of literal language as ‘real’ language—down-to-earth language, so to speak. Nothing poetic about it. We strive to say what we mean, directly, and eschew the abstract, the confusing, the poet’s philosophy of skirting around the edges of plain-spoken truth. So we may often think of metaphor as being a part of elevated, extraordinary language, of literary language. But does metaphor have a place in ordinary life after all? Some well-known style guides and notable writers don’t believe so. Many have abjured the metaphor and the simile and consider verbose language verboten, where a shorter, more direct linguistic construction might do just as well. Perhaps they’re not wrong. It’s all too easy for a metaphor that enters everyday language to ride roughshod over novelty and quickly descend into a meaningless, mundane cliché.

It turns out, the way we use metaphor in language shapes the way we see reality.

But here’s a thought—is literal language really even that literal in conceptual experience? We’ve spoken before of Saussure, who seemed pretty sure ‘the sign’ is an arbitrary thing, to put it simply. Take the word cat, a seemingly concrete concept. It’s really our short form for an animal that canonically—in our conception of it—walks on four legs, has whiskers, says some form of “meow,” and appears in a lot of distracting videos on the internet, among other catlike attributes. Cat points to our base concept of the cat—but is a cat less of a cat if it only has three legs? How about if it sits oddly like a human?

There’s nothing literally catlike about the sounds c-a-t and, of course, in other languages the cat goes by different names. But even within the same language, we have multiple words for the same thing—such as feline, kitten, kitty, pussycat, etc. They all refer to some concept of the cat. So why do we have so many ways of referring to the same thing? Well, a more formal context might make use of feline while in a casual context, such as when speaking to small children and cats themselves, we use kitty instead. So the pragmatics of how we use words in different speech registers shows that even the words we may think of as completely basic are a kind of code themselves. Furthermore, they can acquire shades of meaning depending on how they’re used. We don’t use words literally all the time. Rather, they’re always used in a particular speech context. It’s the words and phrases we choose to use, appropriate to some contexts but not in others, that can convey a sense of human experience—both our own and perhaps reflective of the society we live in—to our listeners. And in the same way, we make use of metaphor. It turns out, the way we use metaphor in language shapes the way we see reality.

Despite being a poetic device of elevated literary language, it seems the metaphor patterns after the humble pun in being a bit of a linguistic rebel. Like the pun, “philosophers have tended to berate metaphor as irrational and dangerous […] Literal language, assumed to be mutually exclusive with metaphor, has been taken to be the real stuff of philosophy, the domain where issues of meaning and truth arise,” George Lakoff, a cognitive linguist, writes. The metaphor, too, kind of squashes multiple meanings and senses into one linguistic construction. It makes a mess. It seems to enhance meaning, but sometimes in so abstract a way as to frustrate many who just want to get to the point.

That is to say, far from being unnecessary linguistic and poetic frippery, metaphors are fundamental to how we share and conceive of human experiences.

George Orwell, in his essay “Politics and the English Language“ (a “catalog of swindles and perversions” of the English language) famously suggested that you should “never use a metaphor, simile, or other figure of speech which you are used to seeing in print.” Examples that, er, get his goat, are conventional phrases like “toe the line, ride roughshod over, stand shoulder to shoulder with,” (to name a few) that he believes have “lost all evocative power”. This sounds like fabulous advice that I’ve already broken in this article, but that’s okay, I’m in good company. Orwell himself breaks it in the very same essay when he, rather ironically, rails against the “the worn-out metaphor,” perhaps without even realizing it, because metaphor is even more pervasive than Orwell thought.

The Nature of Conceptual Metaphors

So can we avoid these mundane metaphors, as Orwell advised? Maybe not. In “Conceptual Metaphor in Everyday Language,” George Lakoff and Mark Johnson argue that these kinds of conventional metaphors are not only everywhere in everyday language, they also shape our conceptual human experience of the world. It’s not the first time we’ve seen evidence that language isn’t just mere words and hot air, but can be immensely powerful in the real world.

Metaphor is often seen as a simple element of language, playful words unrelated to reality, which is why Orwell and others might think we can get by easily without it, according to Lakoff and Johnson. On the contrary, “our ordinary conceptual system, in terms of which we both think and act, is fundamentally metaphorical in nature. […] They also govern our everyday functioning, down to the most mundane details. Our concepts structure what we perceive, how we get around in the world, and how we relate to other people. Our conceptual system thus plays a central role in defining our everyday realities.” That is to say, far from being unnecessary linguistic and poetic frippery, metaphors are fundamental to how we share and conceive of human experiences. But what’s more, the authors argue that they are so basic to how we view the world we’re hardly even aware of them. In short, the poets are probably right—poetry is life.

Here’s an example of how metaphor frames how we view the world: consider that in ordinary life, we conceive of arguments, metaphorically, as war. Opponents (not collaborators in a discussion) can actually win or lose arguments (which after all are just verbal conversations), just like battles (which by contrast are armed and sometimes deadly physical conflicts). Lakoff and Johnson present common metaphorical expressions such as:

Your claims are indefensible.
He attacked every weak point in my argument.
His criticisms were right on target.
I demolished his argument.

The metaphorical concept of “Argument as War” seems so basic to our experience that we would not even normally question why this is. Does this seem weird at all? This is, in fact, the ordinary way to speak of arguments—maybe the only way we know how to frame the concept of the “argument.” But what if we, as the authors suggest, “imagine a culture where an argument is viewed as a dance, with the participants as performers, and the goal being to perform in a balanced and aesthetic way. […] We would probably not view them as arguing at all. It would be strange even to call what they were doing “arguing.””

Now if it’s culturally unremarkable that arguments are framed as a kind of verbal war, rather than a dance, it’s not too much of a stretch to assume that an argument’s participants might commonly expect conflict, antagonism, and aggression to be a natural part of a debate. As we discussed in a previous article about how migrants and refugees are metaphorically framed, the language choices we make can actually have a profound impact on the treatment of people and situations out there in the real world.

From our early childhood experiences onwards, we often translate concepts—no matter how abstract—into something we can think of as being concrete and physical. Eve E. Sweetser’s 1992 paper discusses, for example, how abstract concepts, such as words, are often described (metaphorically) as physical, such as “the words stuck in my throat.” In line with how we approach the world, intangible things are regularly metaphorically conceived of as objects or commodities  that can be manipulated in the physical world (“try to pack more thought into fewer words”), bought and sold (“that cost me an hour”), given or taken away (I don’t have the time to give you), won or lost (“I lost a lot of time when I got sick”), increased or decreased (“higher taxes”), put behind us or before us in a mental location (“I’m not following you”, “those days are behind us”).

We can certainly “take a step back” (from where?) from these cultural norms and conceive of a different way to describe abstract ideas such as time, taxes, arguments, words, etc., but the fact is that these types of metaphorical expressions are indeed so mundane that they fly completely under the radar for most of us. How would we even begin to speak of these concepts differently? Their pervasive use is so widely accepted and unremarkable in language, and show how fundamental they are to the way we frame our experiences—and perhaps even how we may react to them. Metaphor is everywhere. So, the next time you might consider ordinary life “weary, stale, flat and unprofitable,” just remember—it’s actually full of poetry. 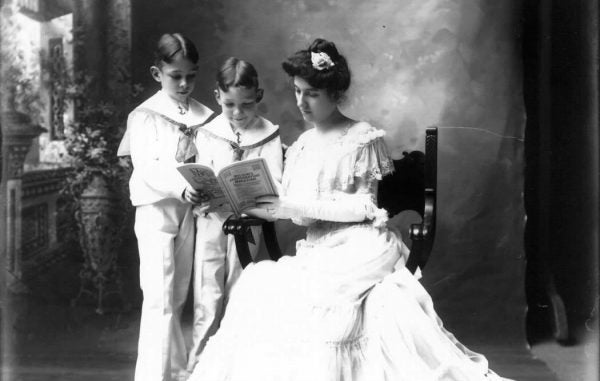