Killing wildlife to save it isn’t a viable strategy. We can create diverse, self-sustaining ecosystems without trophy hunting. 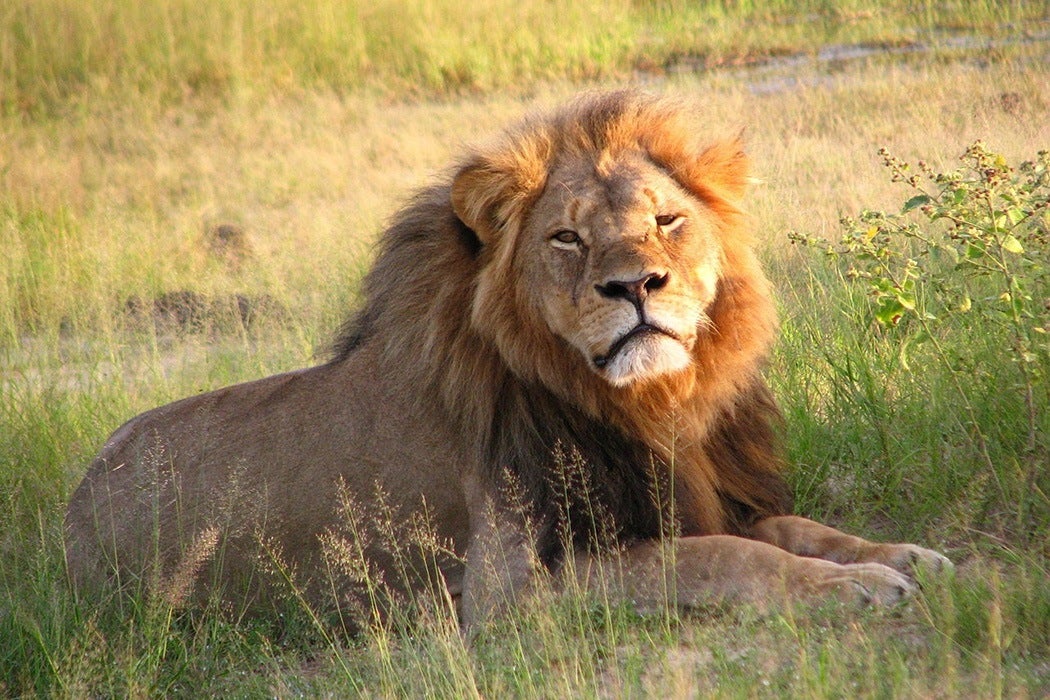 A year ago—approximately an eternity in internet time—trophy hunting had its dubious moment. Photos of American hunters posing alongside dead wildlife began appearing on celebrity Twitter feeds, shocking in their sheer tastelessness. Amid mounting disgust, Cecil, a beloved Zimbabwean lion, was shot and killed in a protected area by Michigan dentist and hunting hobbyist Walter Palmer.

Cecil’s killing ignited outrage, bringing trophy hunting under unprecedented public scrutiny. The regulation of hunting, an evergreen topic in wildlife circles, was thrust into the spotlight. On one side, the public was both shocked by the senseless brutality of Cecil’s killing and ashamed at the U.S.’s disproportionate role in supporting the recreational hunting of endangered wildlife. On the other, some wildlife biologists and hunters expressed frustration that people failed to understand how selective hunting could actually benefit conservation. Early conservation work was, in fact, undertaken mainly by hunters, and to this day hunting licenses help fund the work of many wildlife management agencies. In wildlife biology, this is doctrine; to the general public, it seems absurd.

Last week, Democratic members of the House Natural Resources Committee released a scathing report on the state of trophy hunting.

The internet has since moved on to other things. The U.S. Congress, however, has a slightly longer attention span. Last week, Democratic members of the House Natural Resources Committee released a scathing report on the state of trophy hunting. Entitled “Missing the Mark: African trophy hunting fails to show consistent conservation benefits,” it’s clear from the report’s first page that it is not about how good hunting is at saving wildlife. It begins with a full-page photo of a couple, black bars printed over their eyes for anonymity, posing with a herd of taxidermied African wildlife. Trophy hunting, the report argues, happens despite limited knowledge of the population status of hunted species. It uses unfair capture techniques and has artificially elevated success rates. Unlike hunting in North America, African trophy hunting suffers from poor law enforcement and corruption. The vast revenues generated don’t necessarily benefit conservation, and they may encourage poaching, fraud, and habitat destruction. Moreover, the United States fails to enforce international treaties on trade in endangered animals, choosing to make exceptions for trophy hunters. The report recommends redefining allowable hunting methods, increasing fees for importing trophies, and taking steps to make sure that the money trophy hunters pay actually benefits conservation.

The rural American Southeast, where I live, takes pride in its strong hunting culture. I’ve heard people bemoan the fact that many current-generation wildlife professionals—myself included—don’t come from hunting backgrounds. There’s even a remedial program that sends non-hunters on all-expenses-paid hunting trips during which they learn to appreciate the conservation benefits of shooting pheasants. Here, people still refer to “game” and “non-game” species, defining wild animals first and foremost by whether or not they’re hunted. I understand why: After all, the icons of North American conservation, from Audubon to Roosevelt, were hunters. For many, it’s difficult to imagine conservation without a central role for hunting.

Killing wildlife to save it is not only counterintuitive, it doesn’t reflect the importance of self-sustaining and diverse ecosystems.

But we no longer live in the world of Audubon. Picking and choosing what belongs in an ecosystem is a tricky business, and hunters—like hikers, climbers, and birders—have specific requirements. Because they like to use nature in a particular way, they’re interested in certain features, but not others. It’s difficult to make the argument that most species of wildlife benefit from hunting: Only a small proportion of all species are hunted, and they represent a few specific groups, like waterfowl and hooved mammals, in particular habitats. Hunting can increase the spread of disease, change species through evolutionary pressure, and promote populations of destructive non-native species. Additionally, hunters don’t like to compete with wild predators for their quarry. Hunters have viewed the natural spread of coyotes throughout eastern North America with outrage. They accuse these new predators of depriving them of deer. At the same time, hunting is declining in popularity; a conservation model that relies on hunting revenue may not survive for much longer.

What we need is an updated conservation model for the 21st century, in which all of us—not just hunters—pay to conserve the natural systems we use. That way, everyone gets a voice in how conservation is conducted, and species can be included based on their importance to ecosystems as wholes, rather than their value to specific groups of human users. Killing wildlife to save it is not only counterintuitive, it doesn’t reflect the importance of self-sustaining and diverse ecosystems, containing everything from microbes to apex predators. Slowly but surely, we are moving away from a species-by-species understanding of nature, beginning to focus on landscapes and links between organisms. Hunting, however, remains stuck in an earlier time. As long as we rely on hunters to finance conservation, wildlife management will be trapped in its ideological paradigm.

The House committee still hasn’t voted to officially adopt the report, and acceptance of its recommendations may be a long way off. Nevertheless, it’s a promising sign that outrage over the death of Cecil the Lion might amount to something positive after all. Hunting still has a place in wildlife management. However, in an era of mass extinction—and an increasingly fragile future for many species of wildlife—we need a better strategy, one in which all animals are worth more alive than dead.

Share Tweet Email Print
Have a correction or comment about this article?
Please contact us.
conservationhuntingJuliet LambRE: WildwildlifeGeographical ReviewJournal of Applied EcologyProceedings of the National Academy of Sciences of the United States of AmericaProceedings: Biological Sciences 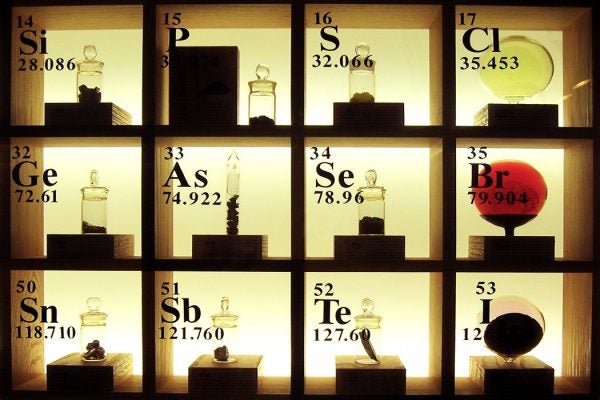 Chemists recently announced the names of four newly discovered elements. Naming elements is serious business, and not without controversy.