Dr. Ruth may be the most famous Jewish sex therapist, but in 1915, more than a decade before her birth, a Manhattan public-health advocate named Dr. Benzion Liber published a book called Sexual Life that described sex organs, good sex, pregnancy, childbirth, masturbation, sex education, and venereal diseases…in Yiddish. Although Liber’s mother spoke the language, Liber himself did not become fluent in it until he emigrated from Paris to New York in his twenties. He chose to write Sexual Life in the Jewish mother tongue to reach his target audience, poor Jewish immigrants who needed honest, no-nonsense information about reproduction and sex.

As Eli Lederhendler has noted in “Guides for the Perplexed: Sex, Manners, and Mores for the Yiddish Reader in America,” the Yiddish press often addressed sex in advice columns, and other sex guides were available in translation. Margaret Sanger’s “What Every Girl Should Know” was issued in a Yiddish edition in 1916 (the year she opened her first birth control clinic in the then-heavily-Jewish Brownsville neighborhood in Brooklyn). But Liber’s book was more explicit than Sanger’s, and he wrote that it was “for the kind of Jew who would read such a book in Yiddish.”

Born in Iași, Romania, in 1875 to secular, leftist Jews, Liber was active in the Rumanian Social Democratic Party at a young age. He received his medical degree from the University of Vienna, and did post-graduate studies in psychiatry in Paris, where he married his childhood sweetheart, the former Rosefine Fiscus. They immigrated to New York in 1904, and in 1905 had a son named Amour.

In New York, Liber learned English, received his medical license, and opened a practice in the East Village serving immigrants of many ethnicities. From the beginning, public health was his calling. He founded and edited a Yiddish-language health magazine, Unzer Gezund (Our Health, 1910 to 1917), which later became Rational Living. In Unzer Gezund, which had readers as far away as Montreal, Paris, Russia, and Denver, Liber gave frank advice on sexual health, mental health, child rearing, and diet. His articles seemed ahead of their time, recommending vegetarianism, fresh air, chiropractic, exercise, nutrition, and fasting during illness.

Benzion Liber counseled his patients not to feel shame around sex.

When Liber opened his practice the city was dealing with an unprecedented spike in venereal disease, as STDs were then called. According to a report by the Medical Society of the County of New York, in 1901 there were about 160,000 new cases of venereal disease in the New York area. Liber treated gonorrhea, but a penicillin cure was decades away. Believing that it would decrease the spread of disease, he counseled his patients not to feel shame around sex, and counseled men not to visit prostitutes.

His impact on STD education was so great that in 1914 the Bulletin of the Department of Health of New York City stated, “We are… pleased to record that a Yiddish health journal, ‘Unser Gesund,’ publishes most of our press bulletins and announcements in full. Moreover, our Medical Adviser reports being consulted by a number of patients desiring advice in venereal and other sexual matters, who came to him in response to publications in this health journal. We beg to assure the editor of ‘Unser Gesund’ of our cordial appreciation of his co-operation.”

Liber also believed in the public health benefits of birth control. As Janet J. Lieberman explains in “A Short History of Contraception,” though the 1873 Comstock Act made it illegal to send contraceptives or contraceptive ads through the mail, there was an active black market in which some doctors participated. Liber taught methods such as withdrawal, referred patients to abortion providers, and, according to his book A Doctor’s Apprenticeship, performed an abortion in a case where “childbirth would have caused an exasperating tragedy.”

Liber wrote for Sanger’s The Birth Control Review, and in a speech he gave at the first American birth control conference at the Plaza Hotel in November 1921 he said,

Like Sanger, he believed in eugenics—a troubling but then widespread rationale for birth control.

Sexual Life was his attempt to synthesize his many writings about sex into one volume. It included images of male and female anatomy, a fetus in utero, an uncircumcised penis, and a dilating cervix. He also articulated some of his political beliefs, including,

·      “Thinking people should regulate the number of children they have.”

·      “All religions are dangerous and are an obstacle to progress and freedom.”

·      “With enough determination, it is always possible to avoid bloodshed.”

The 1915 edition of the book was published and mailed without incident. However, as Liber detailed in a 1919 New Republic article, one month after the second edition came out in May 1918, he received a letter from the United States Post Office stating that the book was unmailable under Section 211 of the Criminal Code, as were advertisements for the book. Section 211 was the Comstock Act, which made it a crime to mail “obscene” or “immoral” materials.

Liber wrote to the Post Office in Washington asking which parts of the book were incriminated so he could eliminate them. The Solicitor wrote back that he could not say, but he enclosed a copy of the relevant portions of the Criminal Code, with the words “publication of an indecent character” underlined.

An incensed Liber wrote in response:

Kindly give me an opportunity to prove to you that my book is not a publication of an indecent character; that it is a very decent, highly moral, serious, instructive work; that it is a scientific book; that its readers very often discontinue to have immoral intercourse as an effect of the book; that the way in which my book is edited is perfectly adapted to gain the confidence of the Yiddish reader, who is mostly socially minded, in order to improve his morals; that I, its author, am in the list of speakers on sexual diseases organized by a committee of the National Defense Council; that other books of exactly the same character are mailable; that physicians approve it and praise it…

When he received no reply, he tore out a few pages of the book and sent it to the Post Office. He received a letter saying, “The elimination of the pages as shown will not bring the book within the law as to what may be accepted for mailing.”

“The book had too strong radical leanings…it was too revolutionary in explaining the social causes of disease and of prostitution.”

Unable to afford a lawyer, he wrote a contact at the Bureau of the U.S. Public Health Service to try to get more information. His contact told him “that the book had too strong radical leanings, that it was too revolutionary in explaining the social causes of disease and of prostitution and that the action of the Post Office certainly was illegal in my case, but that under such circumstances the Bureau of Public Health Service could not help me.” (Italics are Liber’s.)

It was not a stretch for Liber to suspect his radical teachings had caused alarm, particularly his advocacy of birth control. Anthony Comstock, secretary of the New York Society for the Suppression of Vice, special agent for the U.S. Post Office, and creator of the Comstock Act, pursued abortionists, free lovers, free speech advocates, suffragists, and anarchists in addition to dirty book and magazine publishers. As Nicola Beisel has argued in Imperiled Innocents: Anthony Comstock and Family Reproduction in Victorian America, Comstock’s attempt to link obscenity with birth control was part of a larger mission to protect WASP power in the face of mass immigration in the late 19th century.

In 1922 the Solicitor approved the mailing of Sexual Life after Liber agreed to cut several sections that dealt with coitus interruptus and prostitution, as well as four illustrations. (These illustrations, 4, 9, 39, and 51 are shown here.) 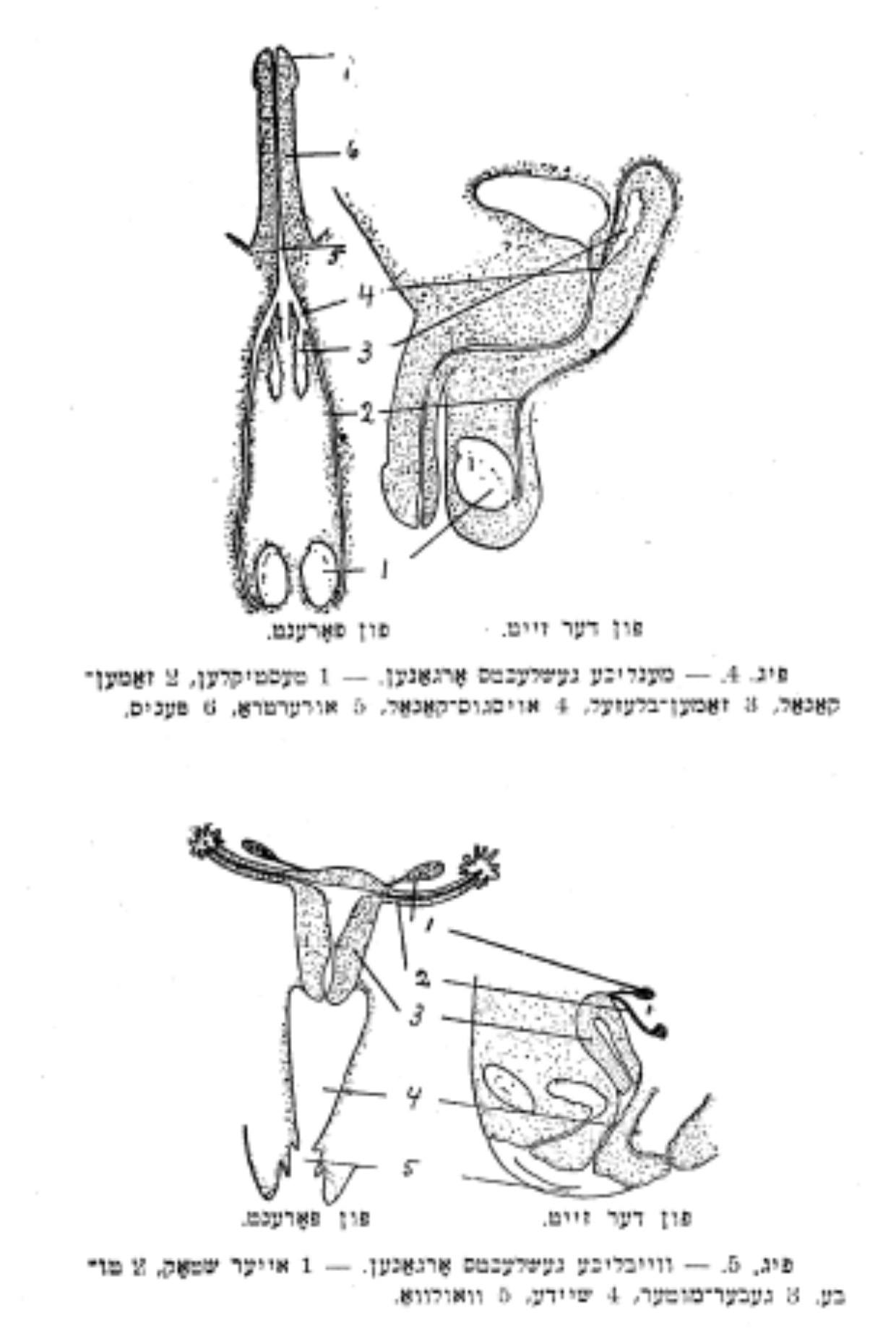 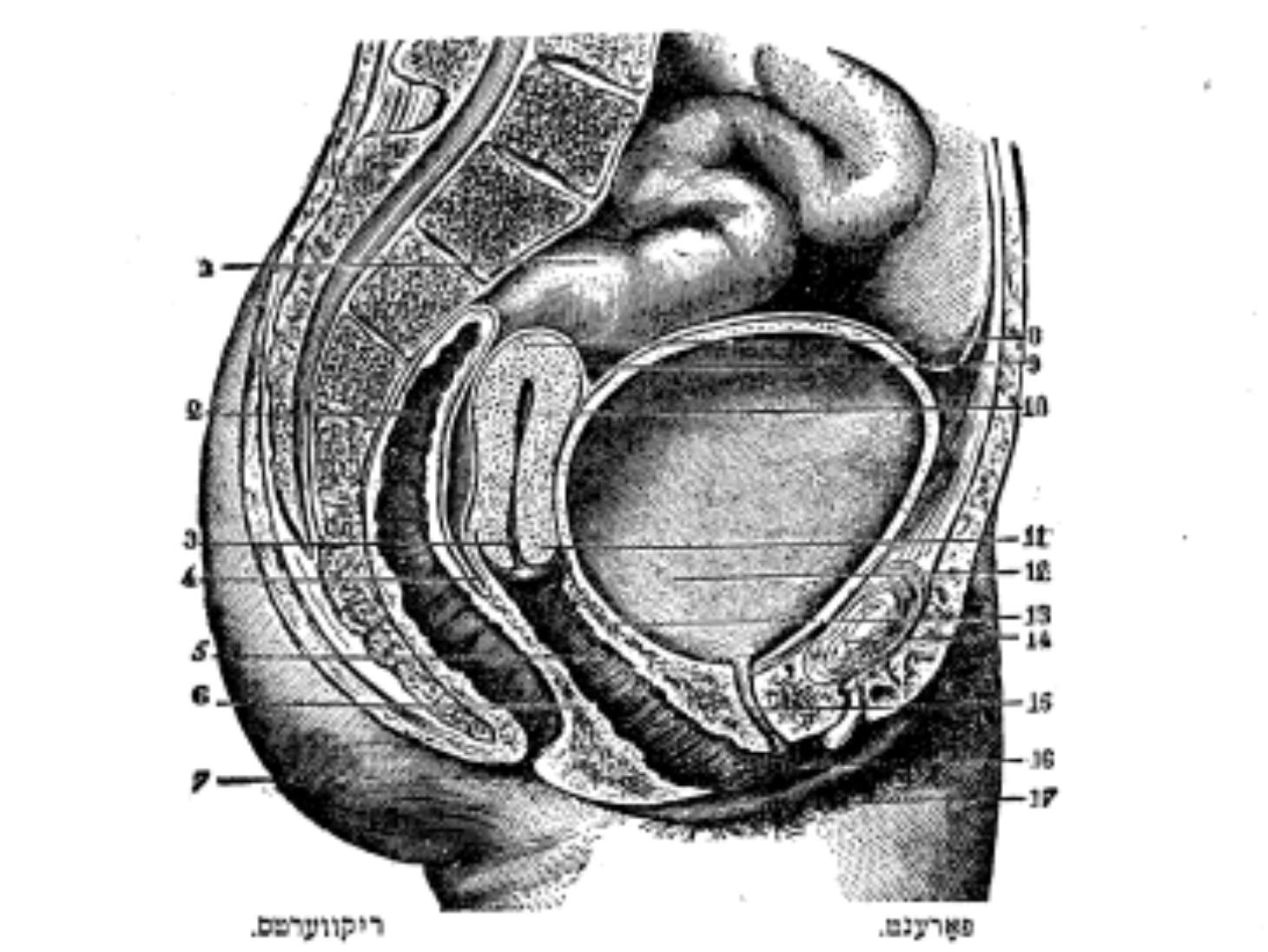 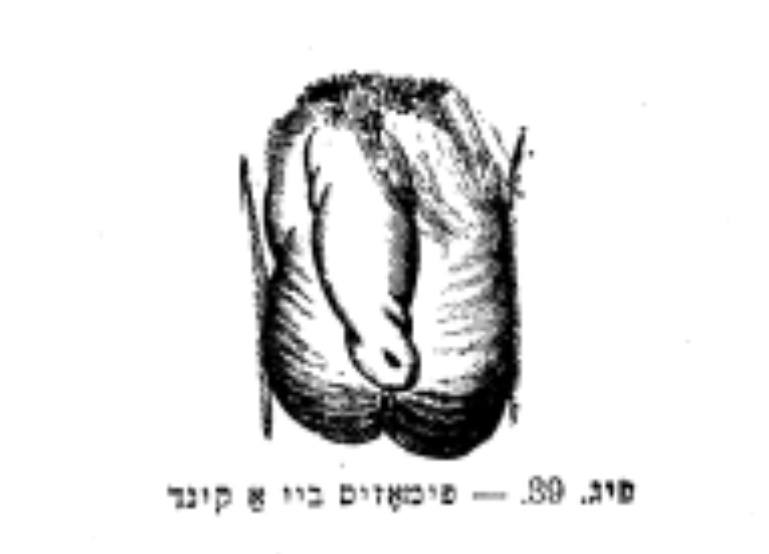 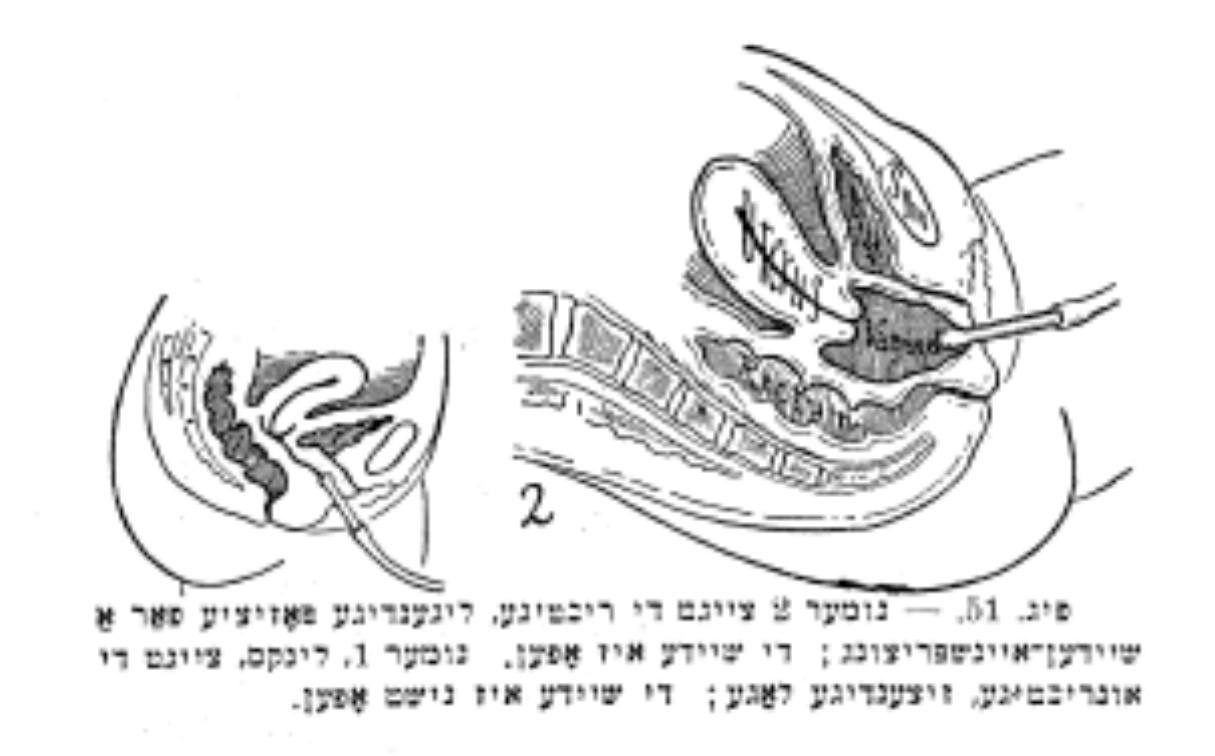 Sexual Life Illustration 51. In his caption, Liber explains how to insert a vaginal douche - recommended at the time as a form of birth control.

In a preface Liber wrote for the “clean” 1927 edition of the book, he called the alterations “small” and “stupidly insignificant,” and maintained that the real issue was his radicalism.

After Sexual Life, Liber wrote about a dozen other books, in English, including The Child and the Home: Essays on the Rational Upbringing of Children, As a Doctor Sees It, Practical Psychiatry, Psychiatry for the Millions, A Doctor’s Apprenticeship, and The New Rumania.

In the mid-1920s, Liber turned his focus from general practice to psychiatry. In addition to seeing patients privately, he became a psychiatrist for the New York City Department of Welfare and taught at the New York Polyclinic Medical School and the New York State Psychiatric Institute. He ran a clinic at the radical housing complex the United Workers’ Cooperative Colony (the Coops) in the Bronx, and was treasurer of the Anarchist Red Cross. In 1910, he was one of the first residents of a single-tax colony in New Jersey called Free Acres, where he summered with his family for 15 years. He also co-founded the Ferrer School in New York, part of the Modern School movement, which supported a libertarian education for children.

Liber died on June 6, 1958, at 82, in a final act of public health. He and Rosefine were driving to their Upper West Side home after a visit to the Brooklyn Botanic Garden when he suffered a heart attack at the wheel. Liber maneuvered the car to the side of the road to avoid harming anyone else.

Guides for the Perplexed: Sex, Manners, and Mores for the Yiddish Reader in America
By: Eli Lederhendler
Modern Judaism, Vol. 11, No. 3 (Oct., 1991), pp. 321-341
Oxford University Press
The American Society of Sanitary and Moral Prophylaxis, Its Aims and Objects
By: G. Morgan Muren
The American Journal of Nursing, Vol. 7, No. 4 (Jan., 1907), pp. 245-253
Lippincott Williams & Wilkins
The Venereal Disease Campaign in N.Y. City
By: Louis Chargin
The Public Health Journal, Vol. 8, No. 8 (AUGUST, 1917), pp. 190-195
Canadian Public Health Association
A Short History of Contraception
By: Janet J. Lieberman
The American Biology Teacher, Vol. 35, No. 6 (Sep., 1973), pp. 315-318+337
University of California Press on behalf of the National Association of Biology Teachers
Eugenics, Race, and Margaret Sanger Revisited: Reproductive Freedom for All?
By: Alexander Sanger
Hypatia, Vol. 22, No. 2, The Reproduction of Whiteness: Race and the Regulation of the Gendered Body (Spring, 2007), pp. 210-217
Wiley on behalf of Hypatia, Inc.
Review: Imperiled Innocents: Anthony Comstock and Family Reproduction in Victorian America by Nicola Beisel
By: Alison M. Parker
The American Journal of Legal History, Vol. 44, No. 3 (Jul., 2000), pp. 301-302
Oxford University Press
Taxation of Land as a Remedy for Unemployment
By: Bolton Hall
The Annals of the American Academy of Political and Social Science, Vol. 59, The American Industrial Opportunity (May, 1915), pp. 148-156
Sage Publications, Inc. in association with the American Academy of Political and Social Science
Review: The Modern School Movement: Anarchism and Education in the United States by Paul Avrich
By: Joel Spring
The American Historical Review, Vol. 86, No. 2 (Apr., 1981), p. 474
Oxford University Press on behalf of the American Historical Association 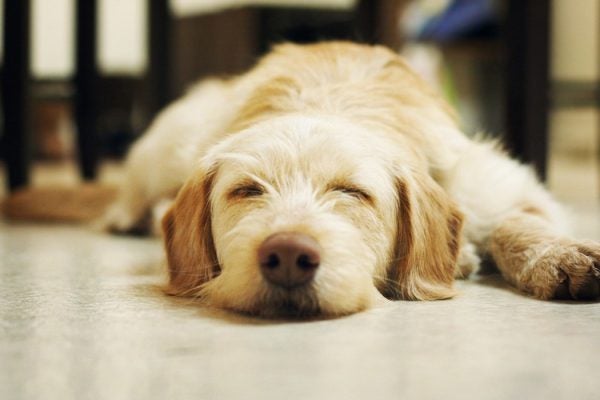