The Weird Fairy Circles of Namibia 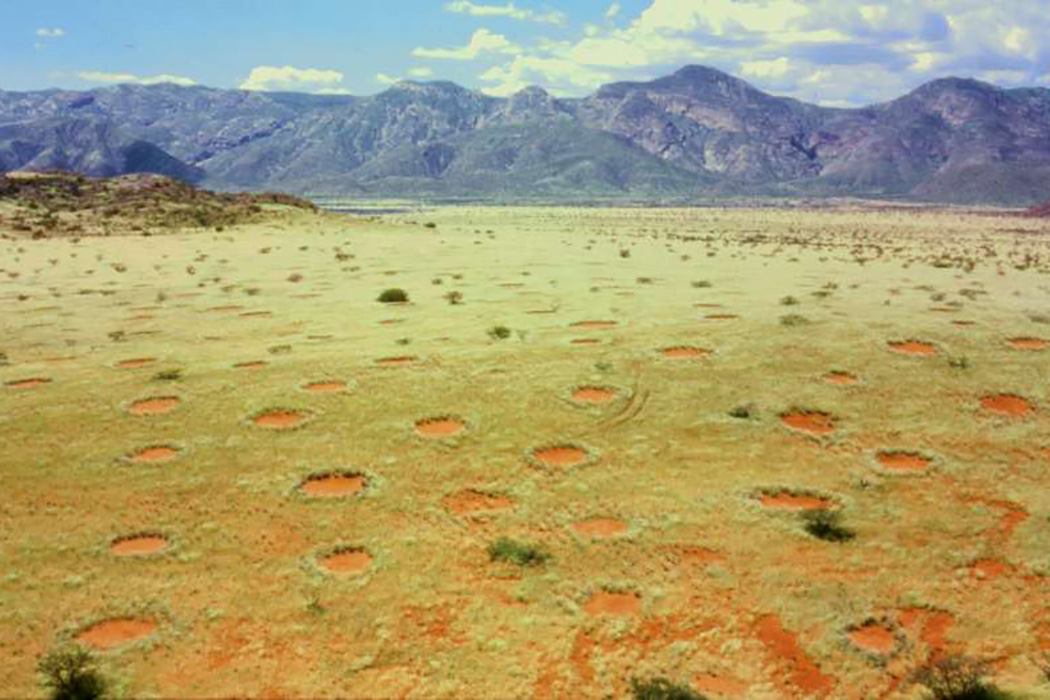 It’s a desert whodunit. The deserts of Namibia are dotted with odd circular bare patches, ringed by the dry desert grasses. These patches are romantically known as fairy circles. What causes this phenomena? Why are they distributed as they are? Could it be…fairies?

There are some clues. A close look at the arrangement of the circles in the landscape reveals a parallel in an unexpected place—skin cells.  Imagining the surface of the body as a landscape, the distribution pattern of skin cells looks eerily like the distribution pattern of fairy circles. The arrangement of skin cells is determined by different cells competing for space. Assuming that it isn’t a coincidence, the pattern suggests that whatever is causing the circles is also competing for space.

So what is competing? Since the vegetation is missing in the circles, suspicion immediately fell on herbivores. Specifically, termites. Termites impact the landscape in a wide variety of ways, physically altering the earth through nest construction but also altering soil drainage and nutrient content. Some termites, common in southern Africa, build circular, underground nests called arena nests. These arenas tend to be 5-10m across, which correlates to the size of the fairy circles.

The nest itself disturbs the soil, inhibiting plant growth. What vegetation is left is eaten by the termites, along with any organic litter. The combined impact can completely denude the vegetation in the vicinity of the termite nest, leading to a lasting bare patch. If termites are responsible, then there must be an awful lot of termites lurking beneath the Namibian soil—there are up to 47 circles per hectare. When the circles are large and at maximum density, that means close to 80% of the desert landscape consists of fairy circles. Since termites eat more vegetation than all mammalian herbivores put together, termites are certainly capable of manipulating landscapes on this scale.

Deserts are areas of limited resources, and neighboring termite mounds compete for space, food, and other resources, possibly explaining the distribution of the circles. Like everything in ecology, it is hard to come up with definitive proof that termites are responsible for the circles. More recent research suggests that competition between termite colonies combined with water competition between plants may be responsible. For now, there is still no definite answer, but it seems likely that termites are involved somehow. Termites may be small. But it’s a mistake to overlook them. 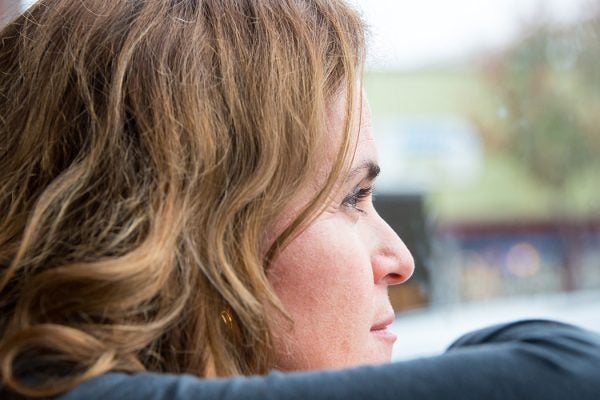 Why Does Menopause Exist?

What is the point of menopause? Evolutionarily speaking, why do female humans go through menopause and then live for many more decades?