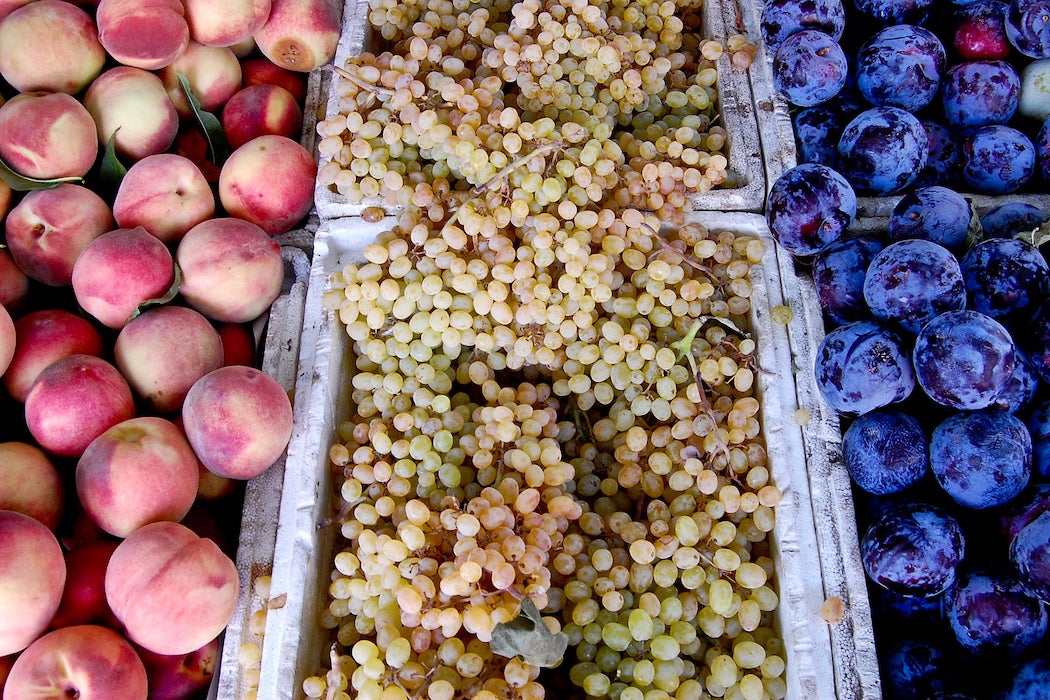 By John Brucato’s count there were more than 200 people standing in the empty lot at the corner of Market and Duboce streets in San Francisco at 6:30 that Thursday morning in August 1943. Each streetcar that arrived disgorged more housewives. Many carried empty shopping bags; others bought boxes from enterprising street vendors. Within an hour, Brucato estimated, the crowd had grown to a thousand people. Someone cried out: “The farmers are coming!” But it was a false alarm. The people were getting impatient, and Brucato, who had helped to organize the unusual gathering, was worried: Had the farmers encountered foul play on their trip from Sonoma County? There had been threats.

Finally, just after 8:00, Joe Sanchetti’s pickup truck came into view, piled with crates of fresh California pears. He led a short parade of five fellow farmers—Brucato had originally hoped for 60—all of whom had been watching their pears and apples rot in the fields. The war was on, and the small farmers had been unable to sell their harvest to shorthanded canneries. Meanwhile, in the city just 50 miles away, affordable produce was scarce. Families hoarded ration coupons and tended to victory gardens.

When Sanchetti came to a stop, the waiting customers clamored to untie the produce boxes. The six farmers sold everything they had in under two hours—and at 25 cents a pound, more than five times what the canners were offering, when they were offering anything at all. It had seemed like a risky proposition when he had left his farm, but now Sanchetti told Brucato, “I’ll be back tomorrow.” The following day, there were 25 farmers selling produce from the backs of their pickup trucks at Market and Duboce, and on the next, a Saturday, there were 135. San Francisco’s first farmers market was born.

Today, there are almost 8,700 farmers markets operating in the United States, according to the Department of Agriculture, which is currently celebrating National Farmers Market Week. Some 760 of those are in California (with about 25 in San Francisco alone), where images of bountiful, beautiful produce and smiling farmers at market are as a much a part of the state’s identity as sunshine and surfboards. These markets are selling more than fruits and vegetables. With slogans like “Know Your Farmer, Know Your Food” and “Eat Fresh, Eat Local,” they are trading on ideals of community, health, food education, and environmental stewardship. Perhaps most all, they are selling nostalgia, a throwback to the way things were in the good old days.

When the USDA undertook its first census of farmers markets in 1948, there were just six in all of California.

But those days are longer ago than most shoppers realize. In 1943, when Sanchetti arrived in San Francisco with his surplus pears, the idea of a farmer selling his produce directly to the customer was nearly unheard of, a relic of the distant past. (And it was only tentatively legal: In San Francisco, a farmer could vend from his own truck for just 35 minutes unless on private property, like the Market Street lot, but it was unclear what other regulations might apply to this odd endeavor.)

Farmers markets had fallen out of favor nearly a century earlier. Cities had sprawled, pushing farmland further from population centers and introducing middlemen into the market. Advances in transportation, food processing, and packaging gave farmers a new market and customers a modern alternative to farm-fresh foods. And grocery stores, introduced in the early 20th century, were a far more convenient choice. When the USDA undertook its first census of farmers markets in 1948, there were just six in all of California.

Brucato had organized the 1943 San Francisco farmers market not out of nostalgia but out of wartime necessity, and its survival beyond that first harvest was far from guaranteed. The city’s wholesale produce merchants and grocers vociferously opposed his effort, and some of them warned farmers against attending the first market. Now they leveled accusations of unfair competition and accused the market vendors of being “peddlers,” middlemen selling inferior product. The merchants lobbied the city for more thorough inspections and stricter regulations, while Brucato tried to convince the same Board of Supervisors to take on responsibility for running the market. Almost a year later, it did, with some reluctance and a limited time frame: The farmers market was to be a temporary remedy to a food supply warped by war; it would be abolished six months after the war’s end.

The compromise did not solve the conflict between the farmers and the city’s regular merchants, which reached its climax about three months after V-J Day. When San Francisco voters went to the polls on November 6, 1945, they were asked to weigh in on hotly contested Proposition 16: “The Farmers Market shall be continued beyond the time limitation now established by ordinance.” The Yes on 16 campaign flyers showed a smiling northern California farm family offering a fresh peach to an equally cheerful San Francisco family. “The Farmers Market is not a substitute for the traditional wholesale-retail marketing system,” it promised. The Vote No on 16 advertisements in the local newspapers warned otherwise: “The bureaucrats and the politicians are trying to drive the corner grocery store out of business.”

When the ballots were tallied, the people of San Francisco had voted by more than five to one to keep Brucato’s farmers market. Seventy-five seasons later, the market continues to operate on Saturday mornings, now at Alemany Boulevard near Bernal Heights. 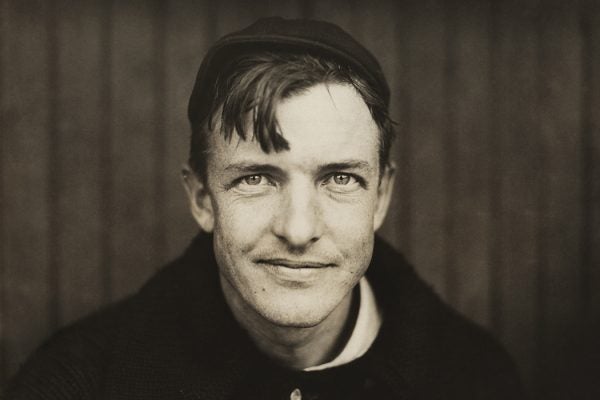