The Short but Influential Run of Ebony and Topaz

The 1927 art and literature magazine only ran for a single issue, but “proved an integral component of Harlem Renaissance cultural production.” 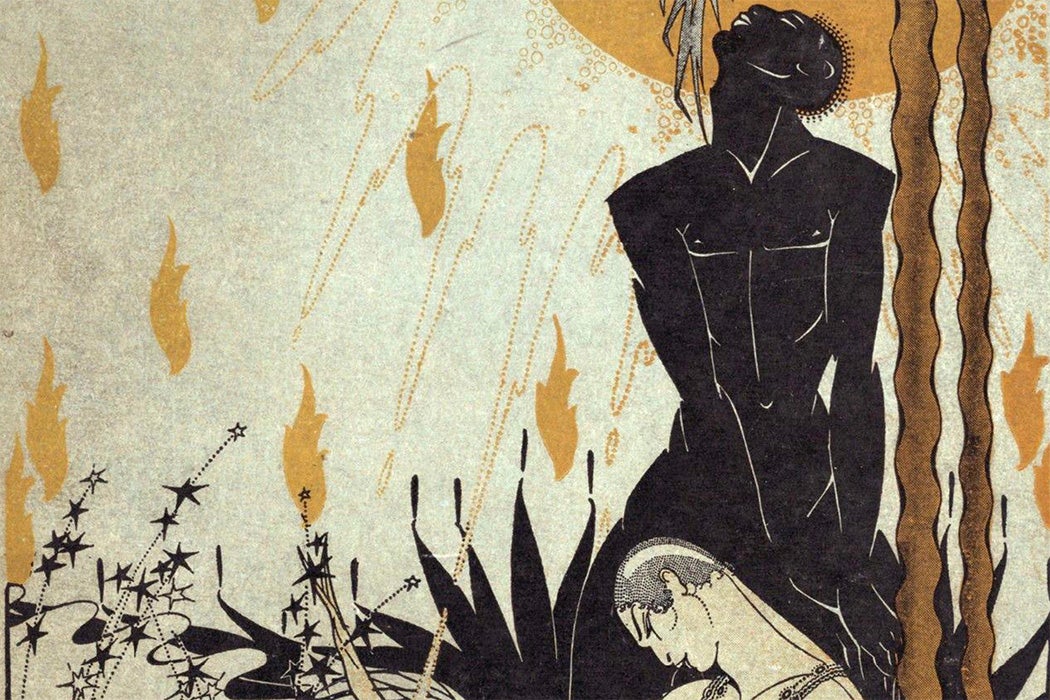 The cover of Ebony and Topaz: A Collectanea
via Yale University Library
By: Ashawnta Jackson
3 minutes
Share Tweet Email Print

“It is not improbable that some of our white readers will arch their brows or perhaps knit them soberly at some point before the end.” Charles S. Johnson approached his new venture, Ebony and Topaz, an art and literature magazine he edited, with some cynicism. He’d been editing a magazine called Opportunity: A Journal of Negro Life, a Harlem Renaissance era publication that Johnson saw as “a tool for altering racial patterns,” explains historian Ralph L. Pearson. Opportunity would be a forum for showcasing Black achievement, which would in turn change opinions and foster understanding about Black people and Black life. In his own words, he saw the magazine’s job as presenting “work of a character which stands firmly and without apology along with that of any other race.” So with that as his guide, what prompted the cynicism for Ebony and Topaz?

Ebony and Topaz was started in 1927, and featured essays, art, and poetry—nothing so dissimilar from Opportunity. It was likely because of the audience, argues art historian Caroline Goeser. While Opportunity explicitly tried to be a bridge toward racial equality, Ebony and Topaz was designed to “express a variety of creative responses to African American culture without the burden of appealing to a wide readership.” Johnson wanted to let the readers decide which pieces resonated and how. His hands-off approach to editing let “the writings and art of his contributors to evince a variety of themes.”

It was a looser format, one that allowed for experimentation, an experimentation that arched the brows of more than just the white readers. Johnson’s editorial vision drew criticism from one of the era’s leading Black intellectuals, W.E.B. DuBois, who called the magazine “a sort of big scrapbook, quite without unity, even of race.” DuBois leaned more toward the aims of Opportunity: a clear display of Black Americans’ fight for equality, and overall racial uplift. The purpose of focusing on Black achievement wasn’t just to earn respect from white people; it was also to create unity and pride in Black communities. But as Goeser points out, Johnson resisted a “unifying editorial voice… leaving the mode of interpretation to his contributors.”

This resistance turned Ebony and Topaz into a venue to explore and challenge notions of race, gender, and sexuality in ways that rejected the idea of a singular Black voice, and the idea that there were “set patterns of Negro life,” he wrote in the magazine’s introduction. The magazine featured work from Black and white artists, positing it as a space for “mixed race participation in exploring “the materials of Negro life””, Goeser explains. Harlem Renaissance stars like Zora Neale Hurston and Langston Hughes shared space in the pages with popular white writers like Paul Green and Julia Peterkin. Works examined subjects that were “hotly debated” in Opportunity like “mixed race identities and mixed race sexual relations,” Goeser writes. These included a sociological study on mixed race identity, stories exploring colorism, and perhaps most controversially, Goeser argues, illustrations that challenges notions of race and gender and featured same sex relationships, though much of the latter was coded and “could be deciphered differently depending on the reader’s orientation.”

Ebony and Topaz was “a print venue for uninhibited artistic expression,” Goeser writes, and despite being issued only once, it “proved an integral component of Harlem Renaissance cultural production.” 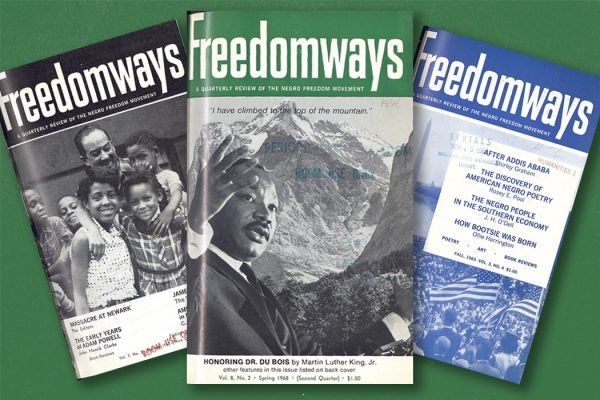