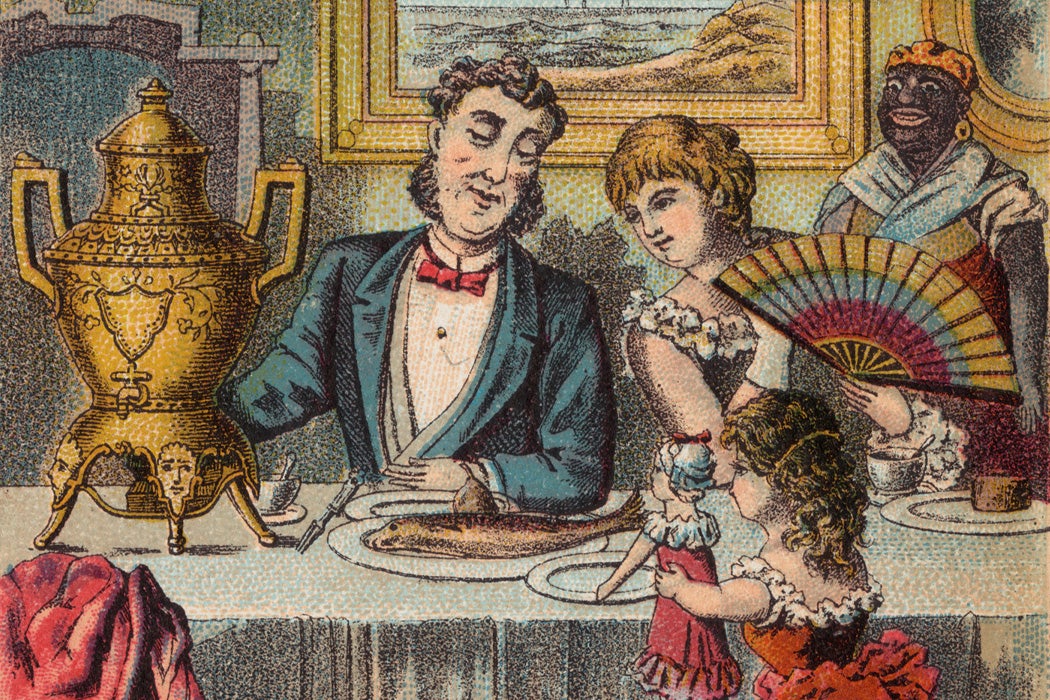 After decades of presenting the archetypal American consumer as white and female, advertisers are slowly broadening their imagery to include more diversity. But, as the scholar Marilyn Maness Mehaffy writes, the history of race in American advertisements isn’t just about the absence of non-white buyers. She argues that the creation of the ideal white, female consumer in the expanding consumer economy of the late nineteenth century depended on the inclusion of women of other races, particularly African-Americans, as a foil.

Mehaffy focuses on illustrated advertising cards. In the late nineteenth century, consumer brands printed the colorful cards to spread awareness of their products. Both children and adults saved the cards, leading to a collector’s craze.

The domestic, white, female consumer is defined in relation to a complementary preindustrial black laborer.

Some cards simply depicted animals, flowers, or landscapes. But one archivist found up to forty percent of the cards in a typical museum collection invoked ethnic stereotypes. In particular, Mehaffy writes, a striking number of illustrated cards depicted a pair of women: one white and one black.

In one card advertising cotton thread, for example, a modestly dressed white woman sewing in her chair is juxtaposed with a black woman in short sleeves laboring in a cotton field. The domestic, white, female consumer is defined in relation to a complementary preindustrial black laborer. 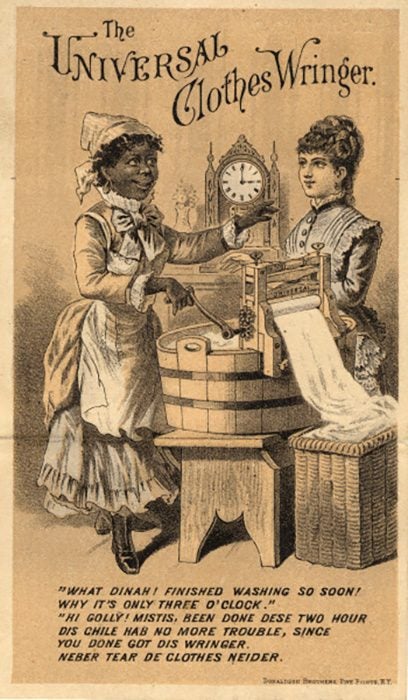 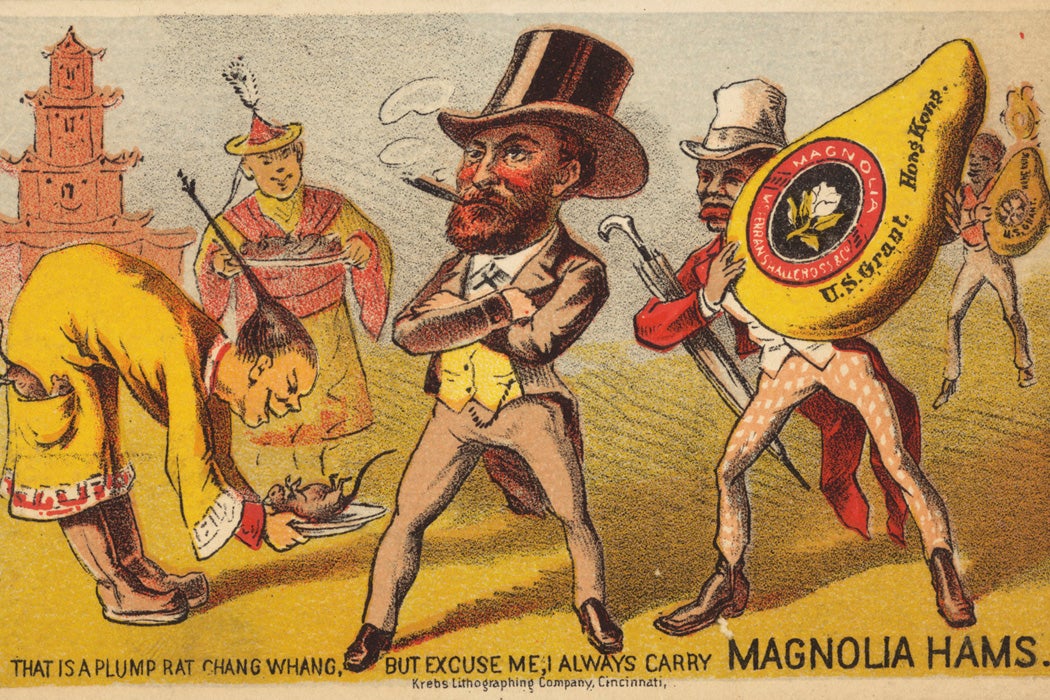 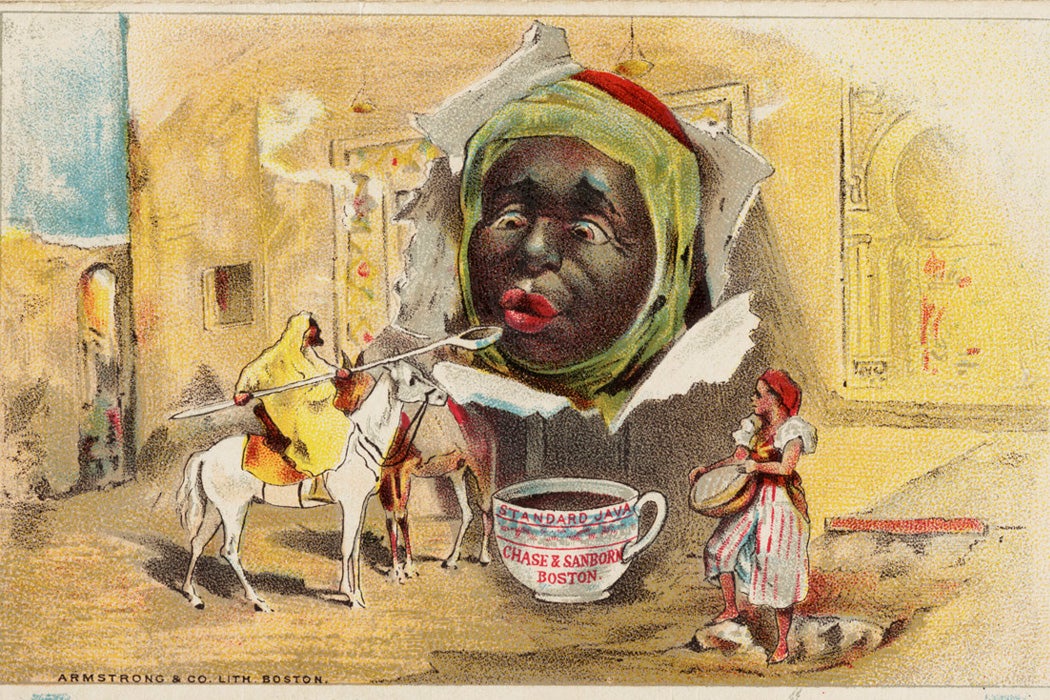 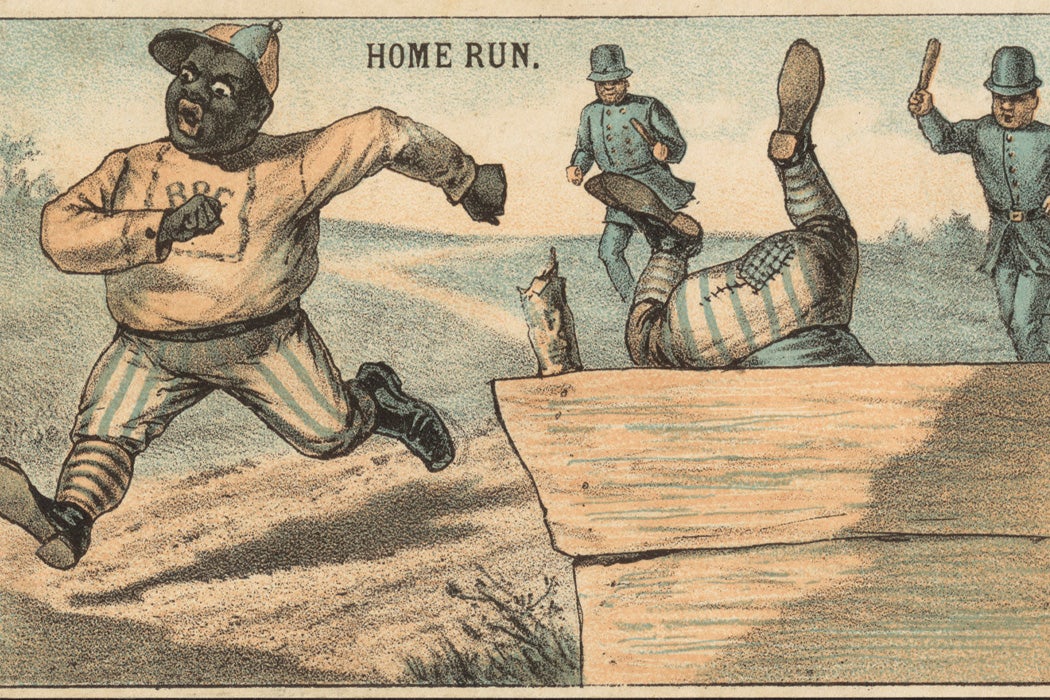 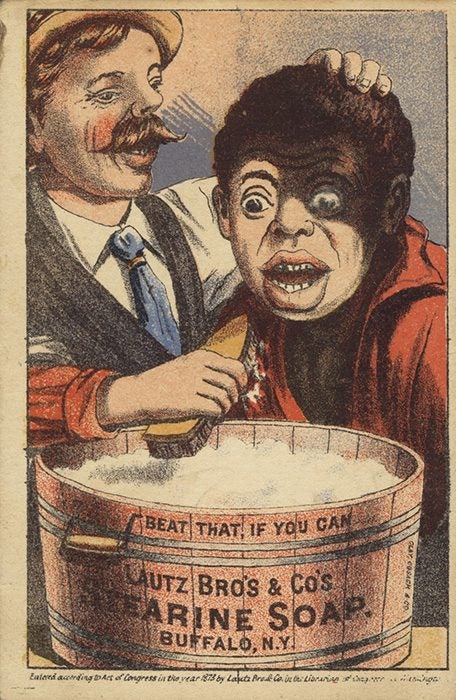 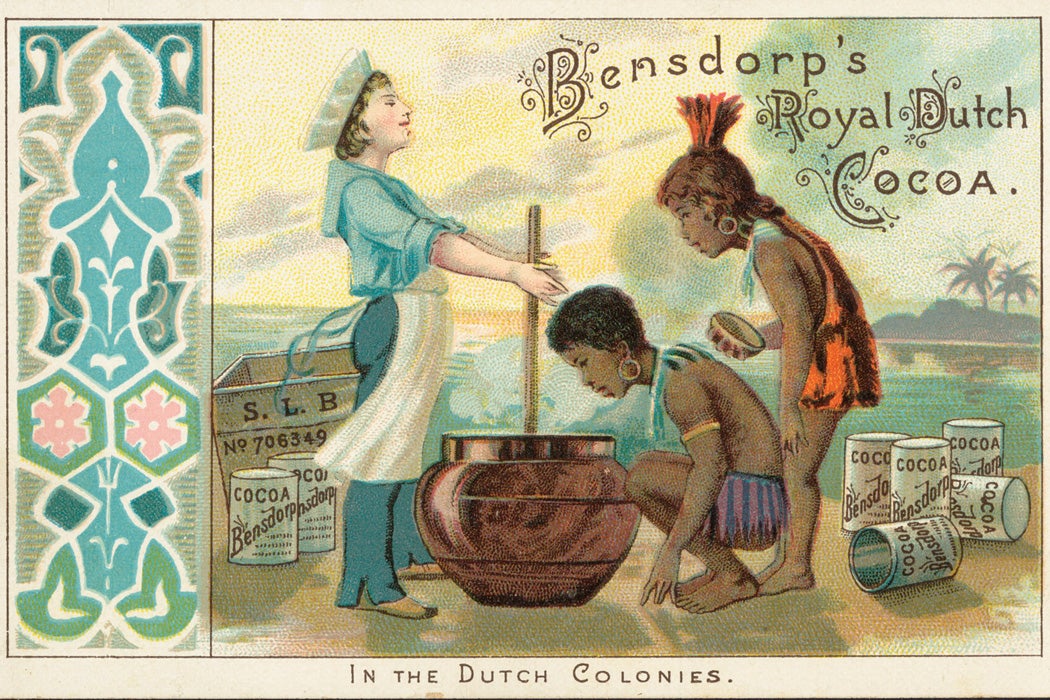 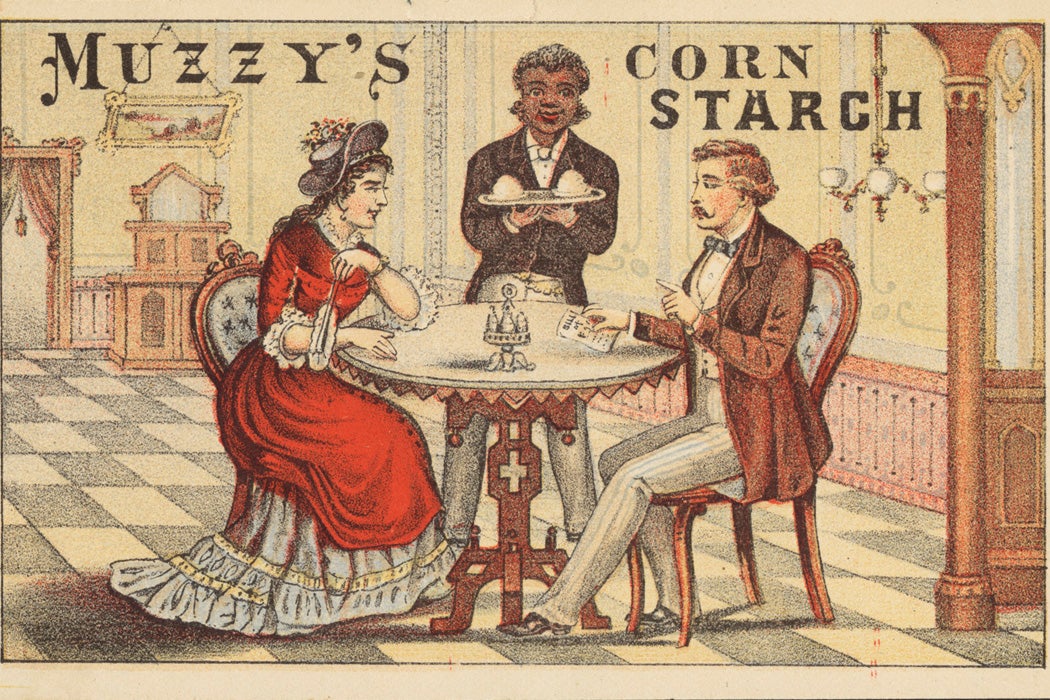 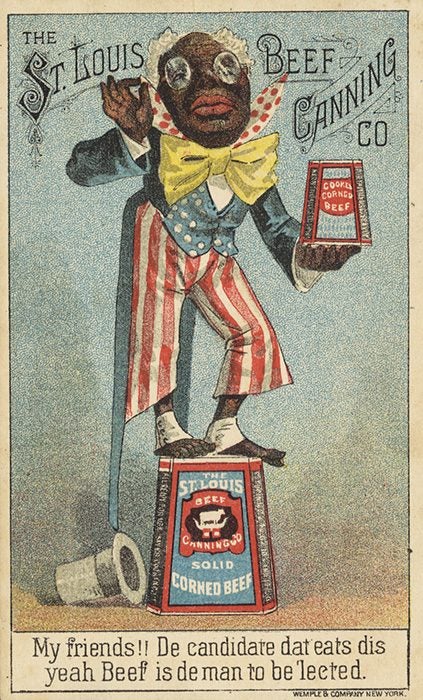 Similarly, Mehaffy notes, a number of the cards depicted a white women, sometimes with her children, at home beside a black servant. One, advertising the Redwood Portable Range, offers a striking contrast between a caricatured black domestic worker with bulging eyes and a statuesque white women in a gown. The servant is evidently an important part of the scene of domestic consumption, offering her employer advice about which stove to buy.

A fold-out card advertising the Eclipse Clothes Wringer shows two versions of a scene with a white woman supervising a black domestic worker doing the wash. In the first, the servant has her sleeves rolled up and is wringing the clothes out by hand. In the second, the black woman—now using the mechanical clothes wringer—is dressed more primly and is less muscular, with thinner lips and “whiter” features (thought the text still shows her speaking in a caricatured black dialect). The consumer product seems to imply that making the African-American woman more like her white counterpart is an “improvement.”

Mehaffy argues that the contrast between white and black women helped define the role of race in the post-Civil War era, as the country became increasingly industrialized. Later, images of black people in consumer branding dwindled to a few prominent, and still problematic, characters like Aunt Jemima, leaving advertising a mostly white space through much of the twentieth century.