A human hand has the power to split wooden planks and demolish concrete blocks. A trio of physicists investigated why this feat doesn’t shatter our bones. 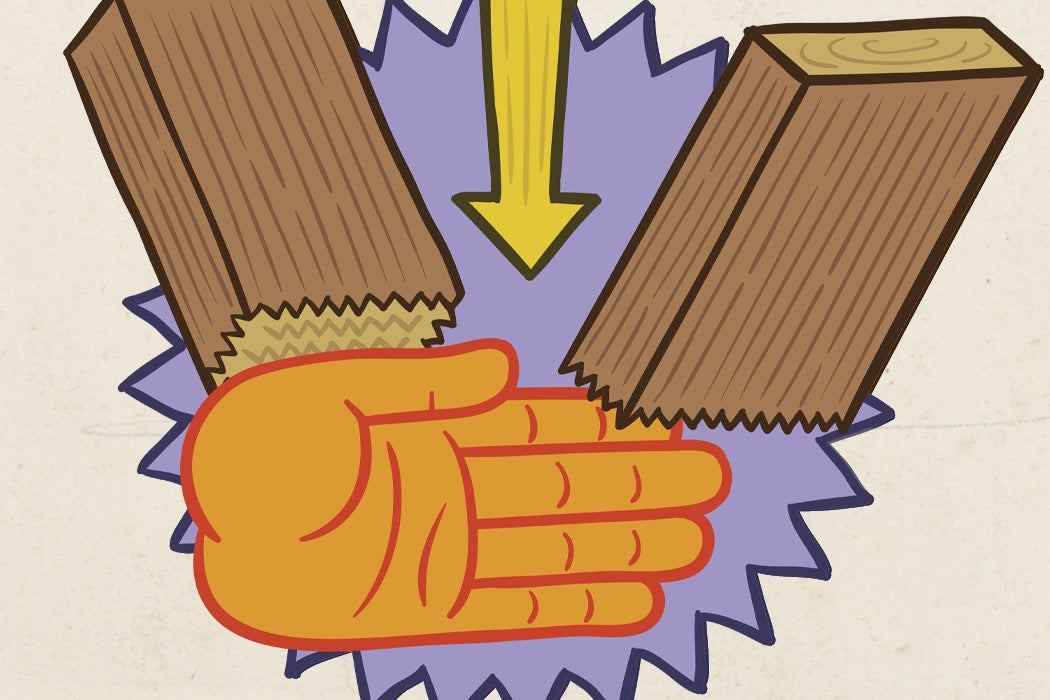 In the late 1970s, a team of karate-loving physicists decided to perform an experiment inspired by their collective passion for martial arts. The group was made up of physicist Michael Feld, a brown belt who liked to illustrate the physics of karate via live demonstrations to his classes at the Massachusetts Institute of Technology; Ronald McNair, future astronaut and fifth-degree black belt; and undergraduate Stephen Wilk.

“The picture of a karate expert breaking stout slabs of wood and concrete with his bare hand is a familiar one,” begins a 1979 paper by Feld, McNair, and Wilk. The trio wanted to know: How can a bare hand demolish a solid block of wood or concrete without injury? What’s the trick?

The perfect karate strike is nothing more than a precise application of Newton’s laws.

As it turns out, there’s no trick—the perfect karate strike is nothing more than a precise application of Newton’s laws.

Feld, McNair, and Wilk placed wood and concrete in a hydraulic press to determine the amount of stress (force) needed to crack the underside of the objects. A wood plank can bend by about one centimeter before it breaks, which requires a force of 500 newtons. Concrete blocks only need to be deflected one millimeter before breaking, but since the material is less bendable than wood, that displacement requires 2,500 to 3,000 newtons. And because some energy is lost upon collision, the fist needs to exert even more force than that in order to actually break the blocks.

Thankfully, the human hand is capable of generating a very high degree of force in a very short period of time. The impact from a typical strike lasts only about five milliseconds. Through a combination of theory and experiment, the team discovered that within this brief flash of time, “the hand of the karateka, or practitioner of karate, can…exert a force of more than 3,000 newtons, a wallop of 675 pounds.” The team’s model indicates that the hand must reach a speed of 6.1 meters per second to break wood and 10.6 meters per second to break concrete. “Such speeds agree with our observation that beginners can break wood but not concrete,” they write. “A hand velocity of 6.1 meters per second is within range of the beginner, but a velocity of 10.6 meters per second calls for training and practice.”

Feld and McNair were able to show off their martial arts skills during the investigation. Both were photographed striking a pile of wood planks at 120 frames per second. This allowed them to measure the displacement, velocity, and acceleration of different parts of the fist. These photos showed that the fist compresses and distorts “to such an extent that it scarcely behaves like a solid object.”

The obvious follow-up question: “How is it that the hand of the karateka is not shattered by the force of the karate strike?” Here, it’s anatomy to the rescue: Human bone is five times stiffer than concrete and fifty times harder to break (successfully karate-chopping a femur would take more than 25,000 newtons’ worth of force). The bones in the hand are easily able to absorb the stress of the impact. Of course, it’s technique, not strength, that provides the real power. A successful strike needs to hit the board precisely in the center. With enough training, karate represents the human body at its maximum, the group writes, and “The precision demanded…makes karate not only an excellent physical discipline but also a mental one.” 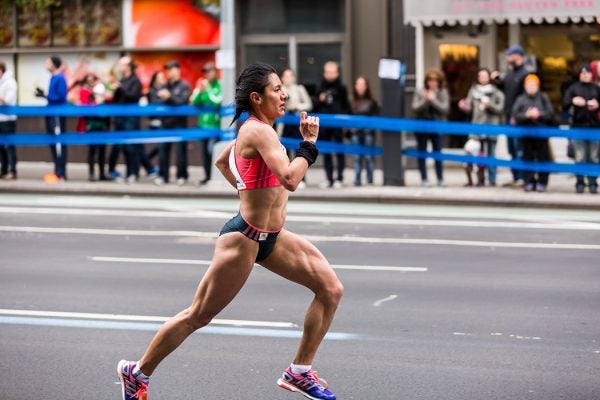