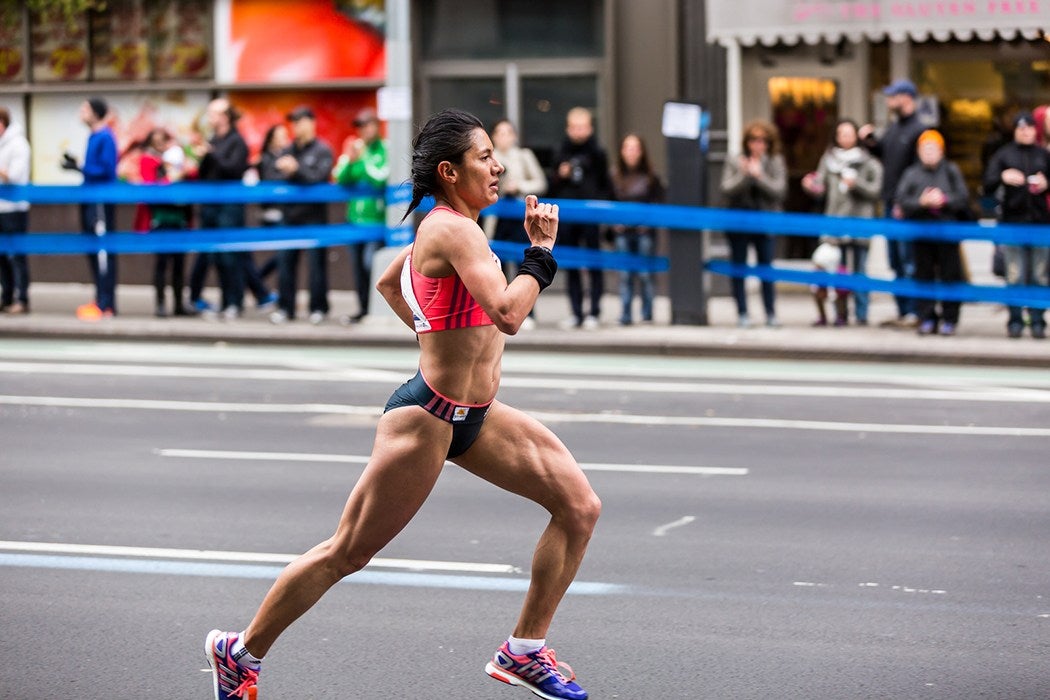 According to legend, a Greek courier named Pheidippides ran 26.2 miles from Marathon to Athens to relay news of a military victory, then dropped dead. Thousands of marathons later, most people survive, but nobody has ever completed a confirmed marathon in less than 2 hours. This year, elite athletes supported by the apparel company Nike made a dedicated attempt, using state of the art (and controversial) sneakers and a rotating set of pacers in a phalanx in front of the contenders to reduce air resistance. Just how much difference can air resistance make?

While there are obviously many factors involved in running an extremely fast marathon—hills, conditioning, race strategy, etc.—research by William and Jonathan Pritchard suggests that air resistance has a significant impact. Air resistance occurs when a moving body strikes air molecules in its path. A greater area moving forward hits more molecules so resistance increases. Air resistance acts as a force working against forward motion. This force is subtracted from the total force propelling the runner forward, so more resistance equals less propulsion.

Every bit of energy saved over the course of a long race is helpful.

It’s been calculated that wind resistance on a still day is up to 1.7% of the total force exerted by a distance runner; that runner would require only 98.3% of the energy to run her race without wind resistance. It doesn’t seem like much, but the negative effects of wind resistance persist over a long time in a distance race. Every bit of energy saved over the course of a long race is helpful.

What can be done? Nike’s rotating phalanx violates international rules, but  individual runners may be able to benefit from physics in other ways. Air resistance is calculated using a multiplier called the drag coefficient. The drag coefficient is determined separately for any object in motion based on its characteristics, e.g. shape. Higher drag means greater resistance.

Drag coefficient is also affected by how the object moves through its medium (air acts as a fluid in the case of a runner). Behind a moving object is an area of disturbed air called a wake, and a larger wake increases drag. In front of the moving object is a thin layer of air called the boundary layer. When the boundary layer turns turbulent, the wake decreases drastically, significantly reducing drag. Runners are generally not capable of creating boundary layer turbulence, but it can be triggered artificially (called a boundary layer trip) through tight clothes fitted with wires or some sort of ribbing on the sides. Such an outfit reduces resistance over the course of a race, and apparently Nike’s runners wore something similar.

The current world record for an actual marathon was set in Berlin in 2014 at a blistering 2:02:57. Faced with less than optimal temperatures and other factors, Nike’s attempt at two hours fell just 25 seconds short, still the fastest time ever run under any circumstances. Reducing air resistance likely played an important role. 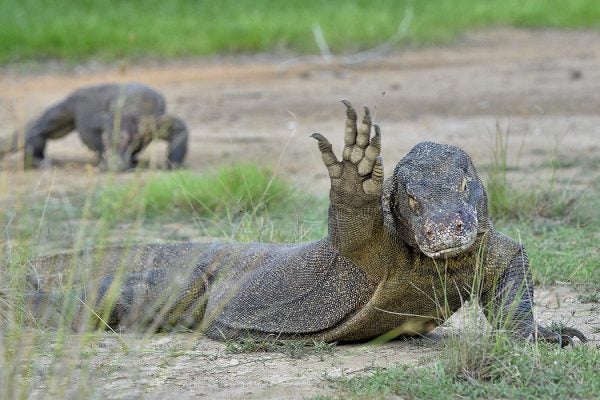 The Mysteries of Komodo Dragons

Antibiotics and other medical treatments often come from offbeat sources, but researchers in Virginia have found some promising ...