The Mysteries of Komodo Dragons 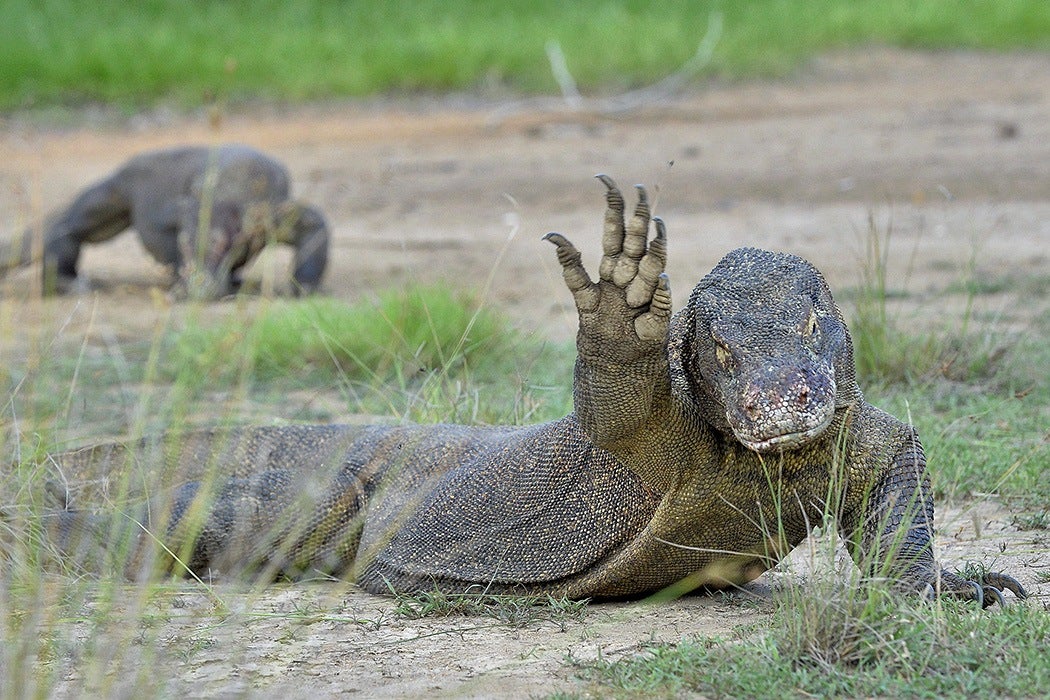 Antibiotics and other medical treatments often come from offbeat sources, but researchers in Virginia have found some promising antibiotic compounds in what might be the weirdest place yet: Komodo dragon blood. It takes a brave biologist to extract a blood sample from an awake dragon, but the researchers had a good reason to try. Komodo dragons, as it turns out, have a long—and heavily debated—relationship with bacteria. The dragons have very unusual saliva, which led researchers to hypothesize that their blood might be resistant to bacteria as well.

Komodo dragons, known as ora in the local language, are huge, reaching up to 10 feet long, and weighing nearly 400 pounds. Their large mouths are filled with wicked curved, serrated teeth. Despite their bulk, they mostly feed on carcasses and birds. When they do take large prey, the giant lizards stealthily sneak up on their victims, give a quick bite, and then hang back and wait. They’ll track their prey over hours or days until it succumbs to its wound. However, while a Komodo dragon bite is hardly a minor nibble, a healthy deer or pig might be able to recover from the wound if given the chance.

Who doesn’t like a gigantic, venomous lizard, (so long as it’s out of striking range)?

For many years some believed that the serrations in the teeth actually created spaces where bits of food could rot, cultivating bacteria.  This hypothesis was extended to other animals, including the “king lizard” himself, Tyrannosaurus rex.  Komodo dragons are prodigious droolers, so researchers analyzed saliva and concluded that it was full of dangerous bacteria; the bite would lead to illness, sepsis and death in prey. The dragon simply had to wait the process out.

It’s a graphic and strangely romantic theory, which fits well with the dragons’ mythos: the strange, throwback beast kills its prey with toxic drool. The idea was hotly debated until 2009, when an international research group discovered that Komodo dragons possess potent venom as well.The venom takes a little while, but the patient dragons follow their weakening prey until the prey can no longer stand. Only then does the dragon move in for an easy kill. While there are indeed some gnarly bacteria in dragon drool, it is unlikely that the dragons cultivate bacteria in their mouths or that prey are fatally weakened only by infection. The true cause of the prey’s eventual collapse, according to the venom proposal, is poisoning, combined with the injury caused by the bite. Some researchers, however, dispute this interpretation.

The feeding habits of the Komodo dragon make for a great story. Who doesn’t like a gigantic, venomous lizard, (so long as it’s out of striking range)? Whether or not their saliva is disgusting enough to kill prey by itself, however, remains open to debate. 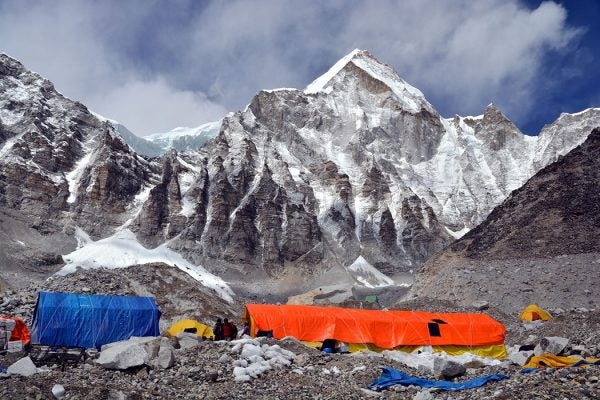 We often picture the Himalayas as pristine. In reality, Everest's snows cover empty oxygen tanks, wrappers, cans, and an array of debris left behind by climbers.