The Other Monuments Men

The men and women who tracked down looted art after WWII didn’t just go after stuff stolen by the Nazis. They also searched for treasures stolen by the Japanese. Sort of. 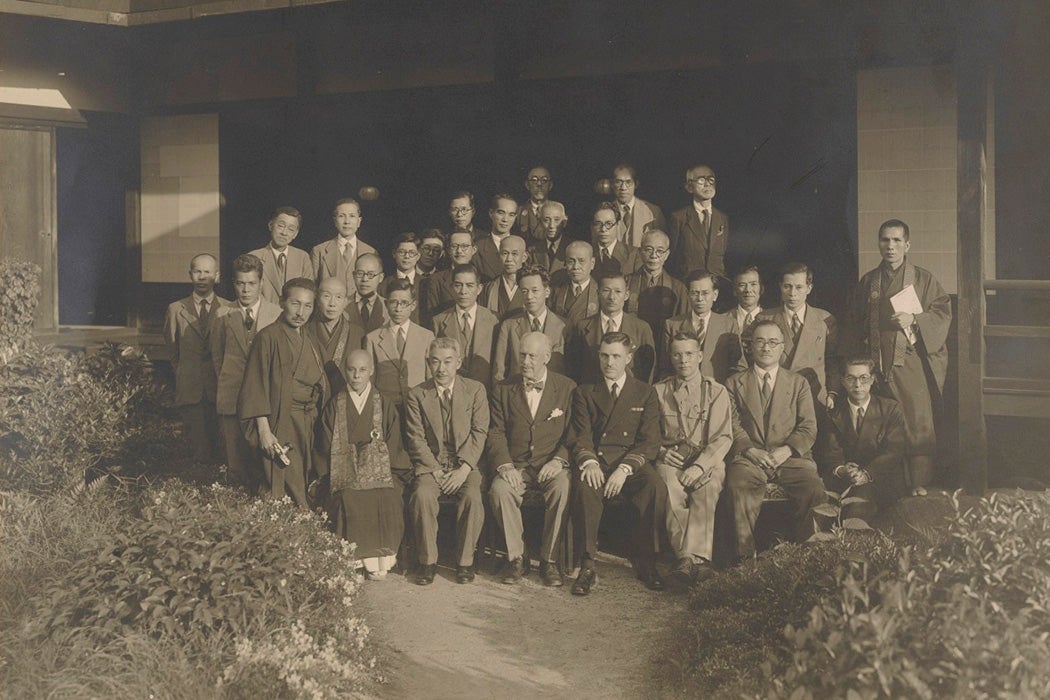 Movies can do amazing things to our sense of history. For instance, people may know “the Monuments Men” because of the 2014 film. Loosely based on a 2007 nonfiction book, the movie was a very Hollywoodized account of the Allies who tracked down Nazi-looted art. But few probably know that there was a similar Allied group at work in Asia. No movie has been made about them; their history isn’t so conducive to feel-good entertainment.

Scholar Christine Kim explores why the Allies “failed to recover any plundered objects from Korea, or the rest of Asia for that matter.” Concentrating on the Korean case, she writes that most “plundered Korean antiquities remained in Japan, the casualty of the emerging Cold War framework as much as prevailing cultural attitudes that persisted after the country’s liberation from Japan.”

After the war, Korea was under the joint military occupation of the Soviet Union and the United States, lacking sovereignty. Consequently, “the postwar international regime seldom considered the repatriation of [Korea’s] looted artworks; the issue was effectively sidelined by political priorities, bureaucratic indifference, and widely held assumptions of cultural experts that questioned Koreans’ capacity to appreciated their own patrimony.”

In 1993, a report published by the South Korean Ministry of Culture identified more than 11,000 “cultural properties” located overseas. Since 2001, more than 5,000 objects have been returned to South Korea. The bulk of these have been from Japan, but the many thousands more still remain in public and private Japanese collections. (The list of repatriations also includes such things as the royal seals returned by President Obama in 2014; they’d been taken by the US during the Korean War.)

“Almost without exception, the ‘Monuments Men’ prioritized the task of protecting Japanese monuments rather than locating and returning those that had been plundered.”

The American Commission for the Protection and Salvage of Artistic and Historic Monuments in War Areas was the civilian component of the Monuments Men operation. The commission has twenty-three experts compile more than a dozen European country reports; only three experts handled Asia. One of them, Harvard-trained Langdon Warner, was tasked with writing the reports on China, Japan, Korea, and Thailand.

Kim writes that Warner’s “reputation as a scholar and collector had advanced in lockstep with a series of professionally and ethically questionable actions,” including removal of Buddhist murals in Western China, “which were typical of the nineteenth-century adventurers that had first developed an interest in collecting Orientalia.”

Warner had also collected Korean objects throughout the Japanese occupation. With an “extensive network of contacts within the Japanese art world,” he had “little sympathy” for the anti-imperialism in occupied Korea and China. He used his Commission connections to serve as a consultant with the US Army’s Monument, Fine Arts, and Archives Section, the on-the-ground component of the Monuments Men. He “explicitly advised against awarding Koreans control over their cultural heritage sites.”

Believing Koreans to be culturally backwards, Warner wrote, “It is hoped, therefore, that the existing set-up of Japanese scholars and curators in Korea can be left undisturbed. They know the material thoroughly and may be presumed to value it more highly.”

Kim calls this “seemingly tone-deaf attitude […] emblematic of the intellectual climate within the American academy.”

“Almost without exception, the ‘Monuments Men’ prioritized the task of protecting Japanese monuments rather than locating and returning those that had been plundered.” One of the rare dissenters in this policy was also one of the rare “Monuments Women.” Ardelia Ripley Hall, who was professionally trained in Asian art history and worked at the Museum of Fine Arts, Boston, argued for facilitating the return of objects plundered by the Japanese empire, but she received little support. Notably, she wasn’t a collector herself.

The Allies were also stymied by the definition of “plunder.” The Nazi military’s association with looting was clear enough, but Japan’s imperial expansion was evidently less so. After all, Kim points out, Britain, France, the Netherlands, and the US all had colonies in the Pacific, and “were themselves responsible for large-scale acts of looting” as colonial administrators or gunboat diplomats. The post-war Chinese government’s proposal to recover artifacts looted by Western countries from the Summer Palace in 1839, for instance, was not taken up.

Nearly eight decades after the end of Japanese occupation, the “recovery of objects representing Korea’s cultural heritage has been a mainstay of the country’s broader diplomatic efforts,” writes Kim.