Stories emerged in the centuries after Alexander the Great’s death. They revolved around Alexander’s failures, not his victories. The portrait that emerges is strangely poignant. 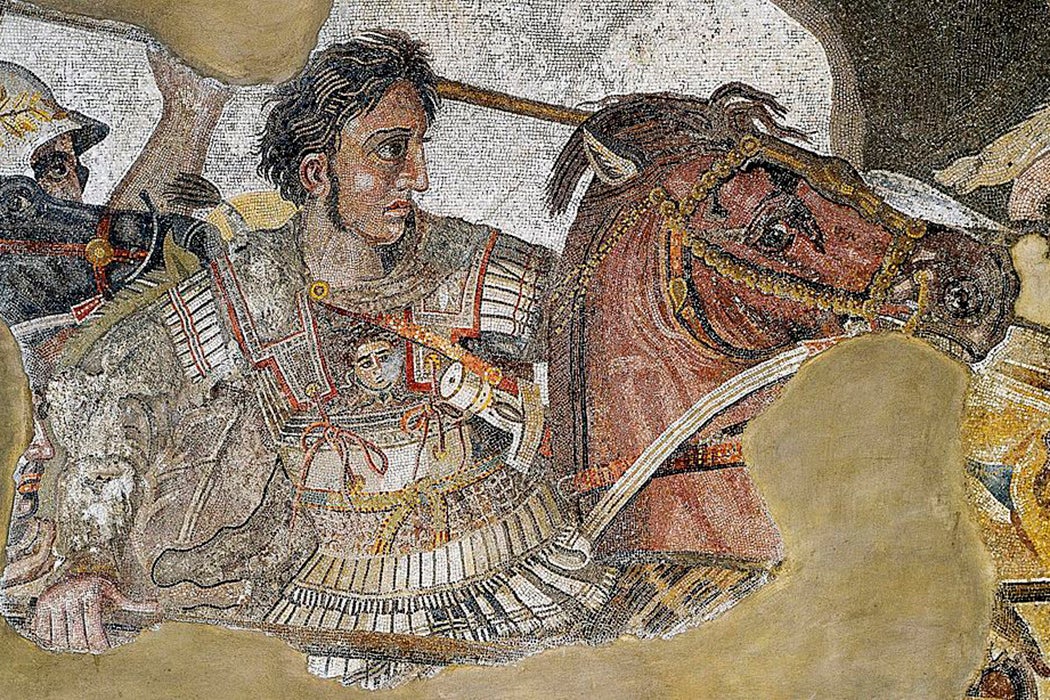 In the centuries after Alexander the Great’s death, a family of stories emerged. They star a fantastical version of the famous conqueror. He seeks unfettered exploration, unlimited knowledge, and (most importantly) eternal life. These stories revolve around Alexander’s failures, not his victories, and the portrait that emerges is strangely poignant. These Alexander stories offer like a dreamlike vision of human struggle, one cast in strange, dazzling colors.

This version of Alexander originates from the Historia Alexandri Magni, written by an unknown author in the 3rd century. As these stories were retold, they blossomed into a literary and folkloric tradition. There are Arabic versions of the tales, as well as Greek, French, English, Egyptian, Mongolian, and Persian versions, one of which includes a romance with a mustachioed, club-swinging warrior princess. The historical Alexander may have won battles, but the Alexander of legend conquered hearts.

What unites these tales is Alexander’s obsession with exceeding the limits of human existence, his irrepressible desire to visit other worlds. But the tales are also tinged with melancholy. Those who read and heard the Alexander stories knew what would happen at the tale’s end: that he would die with his work unfinished; that, after his death, his empire would dissolve. This sadness hangs over the stories like an ill omen.

In one of the stories, Alexander decides to visit the bottom of the ocean. His craftsmen build him a glass vessel, shining with lamps. In this glowing glass bubble, Alexander sinks beneath the waves, past tortoises, sharks, red-faced marine people with billowing beards, and gargantuan beasts. One monster is so big it takes two weeks to swim past Alexander’s submarine. Alexander discovers that the law of the ocean is the same as the law of the land—the big fish eat the little ones, the powerful dominate the weak.

In another story, Alexander wants to ascend into the heavens. His soldiers capture two griffons and starve them until they are ravenous. Alexander ties a basket to the griffons, and tempts them with meat dangling from spears. (In a German version of the narrative, he lures them with juicy pink sausages.) The hungry griffons take off in pursuit of the meat, pulling Alexander with them. He rises higher and higher, swaying in his basket, until the world is spread out below him like a map. He discovers that the continents come together to form the shape of a human body, each limb a landmass.

Alexander’s attempts to transcend the boundaries of the world bring him back to the circumscribed sphere of human existence. When he sinks to the bottom of the sea, he sees another version of the violence of human society; when he soars into the air, the whole of the world is reduced to a human form. The infinity of the universe becomes a hall of mirrors in which the same struggle repeats infinitely.

In yet another of these stories, Alexander discovers the border between Earth and Paradise. He and his soldiers are traveling along the Ganges river when they come to a towering wall, miles long with no doors or gateways. A tiny window is cut into the wall, from which an old man looks out. The soldiers tell him to greet Alexander, king of the whole world. The old man laughs. Compared to the size of the world, he tells them, Alexander’s empire is no larger than a fingernail. He denies Alexander passage beyond the wall. No human being can enter Paradise, no matter how exceptional they may be.

But the old man does give Alexander a token of his visit—a ring, set with a human eye. When Alexander weighs the ring, he finds that, however much gold he heaps on the other plate, the ring always tips the scales. But when a handful of dust is poured over the ring, a single straw outweighs it.

The ring represents Alexander’s ambition, his need to possess, rule, and know all. The ring’s eye represents Alexander’s own insatiable gaze. But when Alexander lies dead and covered with dust, his ambition will count for nothing. His empire will disintegrate, and his people will scatter. The ring is a warning, but Alexander pays no heed. Enraged, he throws the ring into the river. As it floats slowly upstream, the eye stares unblinkingly at the doomed conqueror.

Having been turned away from Paradise, Alexander tries to evade death another way. He searches through a land of eternal darkness for a spring that blazes like lightning. Drinking its water grants eternal life. In most tellings of the tale, he fails to find the spring. But there is one version in which Alexander gets his wish. He holds a cup of the life-giving water in his hand and raises it to his lips. Just as he is about to swallow, the guardian of the spring gives him a warning: The water will give him another three thousand years of life. But his friends and companions, who have travelled beside him in his journey, will die. He will be left alone in the world.

Alexander thinks for a moment, then dashes the cup against the ground. Only a few days later, he dies—poisoned by one of his trusted companions, according to the legend. But the spilled water of life sinks into the roots of a cypress tree, making it evergreen. 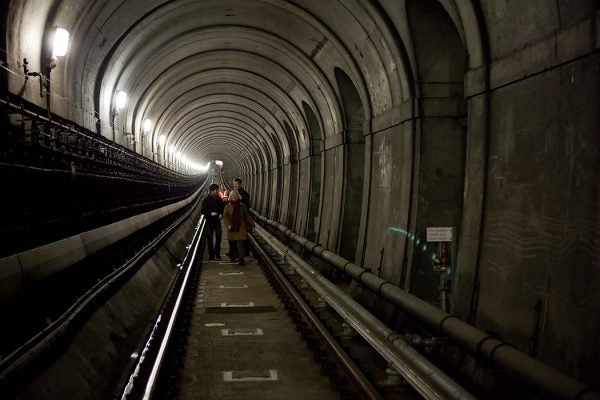 The Thames Tunnel, the world's first underwater tunnel, is still in use 175 years after its long-delayed opening, but you can't shop there anymore.