The Thames Tunnel, the world’s first underwater tunnel, is still in use 175 years after its long-delayed opening, but you can’t shop there anymore. 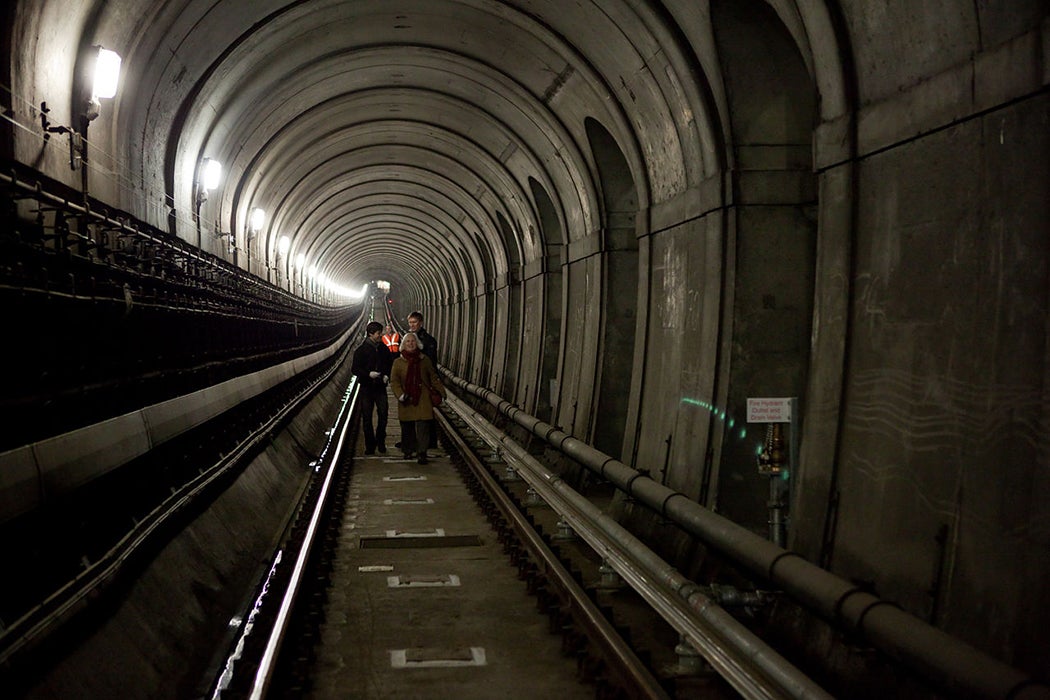 The first underwater tunnel opened 175 years ago, on March 25th, 1843, under the Thames in London, then the world’s largest city. An engineering marvel, the Thames Tunnel saw some 24 million pedestrians pass through before it was converted to rail use for the Underground in 1865.

The reason all those people went through the tunnel—some more than once!—was to get to the other side, obviously, but also because it was a destination in itself. Literature and subterranean studies scholar David L. Pike calls the tunnel a “national icon,”  an example of the “urban sublime, as a fake environment, as a tourist spectacle, as a shopping arcade, as a pedestrian river crossing, as a doss-house, as a mythical or a criminal underworld.”

The tunnel was made of two 1200-foot-long arched passageways connected by a wall of open arches which became a shopping arcade. The passageway went from the East End’s Wapping to Rotherhithe on the South Bank. The tunnel had multiple meanings for the British Victorians, as Pike explains: for the working class, the tunnel was a thoroughfare; for the middle class, it was a tourist destination; for the upper class, it fulfilled a fantasy of slumming.

The tunnel, the first of its kind, was certainly a marvel of construction. The engineering titans Marc Isambard Brunel (1769-1849) and his son Isambard Kingdom Brunel (1806-59) were responsible. The muck at the bottom of the Thames necessitated the technological innovation of the tunnel shield; similar machines are still used in tunneling today. But accidents, engineering challenges, and lack of funds almost sunk the whole project.

One big stumbling block was fear. The underground realm was usually seen as a place where only “slaves, prisoners, and the deceased” were to be found. As part of the tunnel’s preview, a grand banquet was held in a completed section in November of 1827. The whole spectacle was designed to convince people of the tunnel’s safety: “Would so many notables risk their lives?”

As Pike describes it, the tunnel was portrayed by elites as a “civilizing” influence on the working class, “wild” East End, as well as a symbol of imperial British power and unity. The Duke of Wellington supported it for military applications; in World War II, it actually was used to transport munitions, and took a direct hit from bombs.

In the overheated media of the day, the “greatest wonder of the world” was transformed into a tunnel of “loose women.”

Unsurprisingly, the tunnel laborers, largely Irish navvies, had different notions about the whole thing than the “toffs.” Building the tunnel was dangerous and even deadly work. A flood in 1828 killed six—Isambard Brunel barely escaped alive—and suspended construction for seven years.

While the construction was stalled, wits mocked it as “The Great Bore.” But the grand opening in 1843, and the impromptu visit by Queen Victoria and Prince Albert that summer, made the tunnel world famous.

Yet like those famous Victorian characters Doctor Jekyll and Mr. Hyde, the tunnel had an infamous nighttime side. The first crime, a robbery, was reported two years after it opened. In the overheated media of the day, the “greatest wonder of the world” was transformed into a tunnel of “loose women.” The multiple meanings of “underworld,” from hell to criminal syndicates—river pirates!—swirled around the tunnel, attracting and repulsing Londoners and tourists from abroad. It was envisioned as an urban ruin before its time, by, among others, Nathaniel Hawthorne, who walked through in 1855 and imaged it sealed and “choked up with mud, its precise locality unknown, and nothing be left of it but an obscure tradition.”

That hasn’t happened (yet): In 1995, the tunnel was refurbished after preservationists and London Transport battled it out over how to restore the interior walls. In a compromise, a section was restored to its original state, the old brickwork cleaned of 150 years of soot. Trains still zip through the ancient passageway under the river.

"The Greatest Wonder of the World": Brunel's Tunnel and the Meanings of Underground London
By: David L. Pike
Victorian Literature and Culture, Vol. 33, No. 2 (2005), pp. 341-367
Cambridge University Press 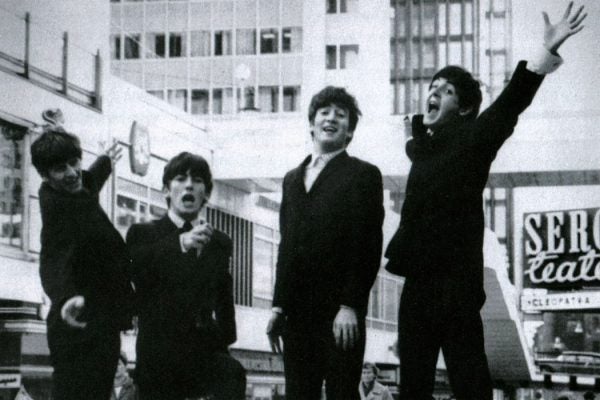 The High School Hair Wars of the 1960s

Following the introduction of the mop top by the Beatles, the battle over how long school boys could wear their hair in the 1960s and 1970s went to the courts again and again.