The Jim Crow Roots of the U.S.-Saudi Arabia Relationship

Americans started pouring into Saudi Arabia in the 1940s to develop the oil fields. They brought their ideas about segregation with them. 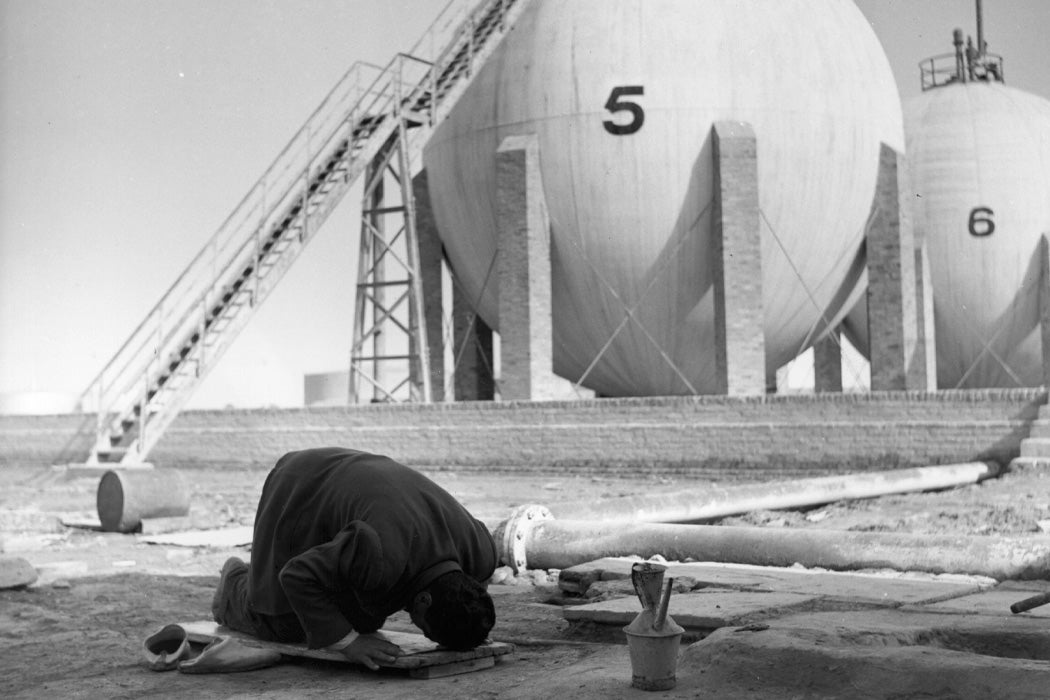 A Mohammadan praying towards Mecca with a Butane Gas reservoir in the background, circa 1950
Getty
By: Matthew Wills
3 minutes
Share Tweet Email Print

When Americans came to Saudi Arabia in the 1940s to develop the oil fields, they brought things with them. They brought the know-how and technology honed and developed by the companies now called Chevron, Texaco, and ExxonMobil. But Americans also brought something else: Americans who had worked in the oil patches of Texas, Louisiana, Mexico, Colombia, and Venezuela brought an idea. It had been perfected in “earlier mining booms and market formations in the American West and Southwest.” It was Jim Crow-style segregation.

The political scientist Robert Vitalis writes that this was:

…the era of white supremacy, norms of discrimination, and segregation and, at its margins, of paternalistic racial uplift. Practices on the Hasa coast closely resembled those, for example, in the Panama Canal Zone, where the U.S. state had constructed a segregated colony.

“Some of my people have been spoken to as no man should speak to a dog,” complained the Saudi king.

A “Texas herrenvolk atmosphere” ruled inside this American enclave, where locals—called “rag heads,” “coolies,” and worse by the Americans—were not allowed. Not quite “white,” Italian engineers were also kept segregated in their own camp; they would rebel for being treated “just like the Arabs.”

As a third class, migrant workers had it almost as bad as the Saudis. But the locals were at the very bottom of the racial hierarchy. Their camp was “squalid,” their treatment abusive. “Some of my people have been spoken to as no man should speak to a dog,” complained the Saudi king. Such treatment inevitably led to dissent—and to strikes.

“The strikes of 1945 mark the beginning of a pattern that lasted for two decades in which collective action would force the company nominally to commit to some specific and small improvement in the wages and living conditions,” writes Vitalis. Examples of early improvements included “reed huts in the Saudi camp, latrines for the Italians.”

Worker solidarity was, unsurprisingly, the target of both Aramco and Saudi rulers. The first strikers were beaten by Saudi enforcers. Migrant workers were subject to deportation, a method familiar from the American Southwest. The animosity between ordinary Saudis and Westerners, often portrayed as a religious divide, was actually built on such dehumanizing treatment.

In its rivalry with Britain for control of Saudi oil, the U.S. began subsidized the ruling Saud family during World War II. By 1946, British efforts to maintain a foothold in Saudi Arabia were defeated. The intimate relationship between the American state and the multinational oil companies continued after the war, when, Vitalis writes, higher-ups in Aramco also served as intelligence assets for the U.S. State Department and CIA. The U.S. emerged as “sole protectors” of the autocratic Saudi dynasty.

Vitalis, whose book on the subject is called America’s Kingdom: Mythmaking on the Saudi Frontier, argues that “American exceptionalism” has obscured the history of this racial colonialism and its lasting effects in the region.

The American Camp is, of course, no more. Aramco was nationalized by the Saudis in the mid 1970s. The 1973 oil crisis and the power of OPEC (founded in 1960) re-engineered the world oil economy. And recent talk of a Saudi Aramco IPO has been replaced by the uncertainty generated by the attack at Abqaiq, the world’s largest petroleum processing facility. 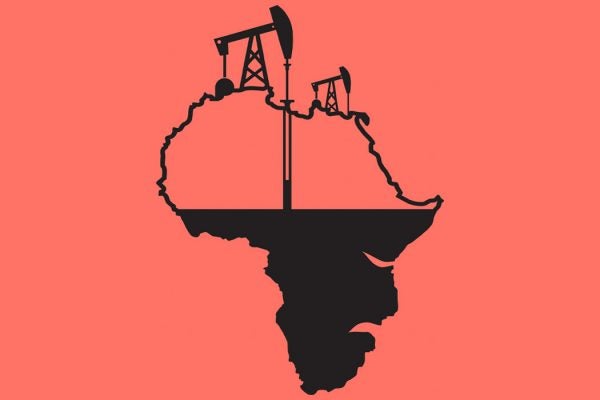 Is the “Resource Curse” a Myth?

Countries like Liberia and Chad have a lot of oil, and yet little of their wealth has translated into public welfare. Some blame the "resource curse."