Is the “Resource Curse” a Myth?

Countries like Liberia and Chad have a lot of oil, and yet little of their wealth has translated into public welfare. Some blame the “resource curse.” 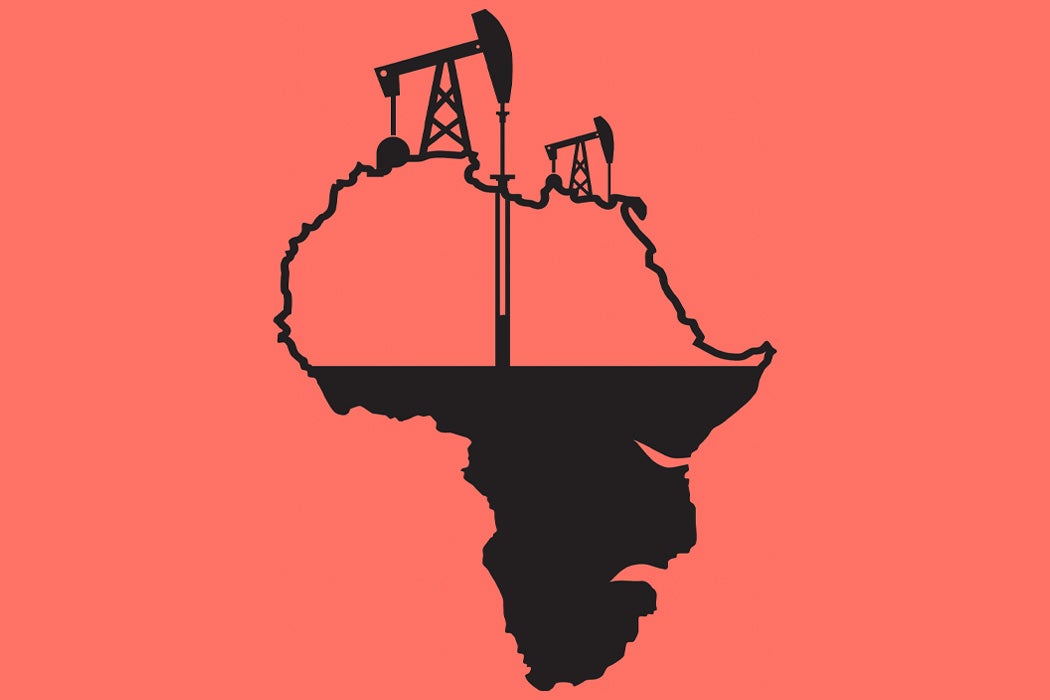 As the media struggles to make sense of President Trump’s interest in buying Greenland, some say that his motives are transparent: Greenland possesses vast untapped natural resources.

Of course, resource wealth does not always lead to well-being. In fact, in some cases the opposite seems to be true. The idea of a “resource curse” gained momentum in the early 2000s. It proposes a correlation between resource endowment, particularly oil, and the propensity for armed conflict, corruption, and poor development outcomes.

The argument goes something like this: resources provide financial incentives for rebels to continue conflict, and governments to engage in misrule, with little of a country’s resource wealth translating into public welfare. Civil wars in resource-rich African countries like Sierra Leone, Liberia, Chad, and the Democratic Republic of Congo during the post-Cold War period are examples of this dynamic. But this “resource determinism” is more of an ideological construct than we may realize.

Despite owning oil resources, African countries are dependent on multinational oil companies (MNCs) for their technology, management, and sales operations. There is a revolving-door relationship between MNCs and states—the same people who hold positions of power in local branches of oil corporations become government functionaries and vice-versa. Exploitative company rates for drilling and extracting often result in low revenue. There is a high rate of capital flight from the continent through tax evasion and below-market prices. Political scientist Paul S. Orogun examines evidence from the Niger Delta indicating that oil companies conduct business with rebel groups in order to ensure continued access to oil, thus directly perpetuating conflict.

Holding resource wealth responsible for these complex situations is simplistic, as the roots of conflicts in some countries predate the discovery of oil. Conflicts fueled by the so-called “resource curse” are also fueled by deep-seated inequality. For example, Nigeria is resource-rich but possesses low wealth per capita. Unsurprisingly, insurgency in its oil-rich Niger Delta is ongoing. Saudi Arabia on the other hand, a petro-monarchy in the Middle East, has managed to avoid internal instability through redistributive policies. Then again, it is a resource-rich country with high resource wealth per capita. Similarly, Norway and Canada have either escaped the resource curse or actively try to mitigate its negative fallouts. Both are democratic welfare states.

The idea of a “resource curse” limits our understanding of the politics of resource extraction in developing countries. The story is not solely internal. Transnational linkages between African elites and oil companies extract and export resources from the African continent, generating cycles of crisis and conflict in their wake.

Resource control, revenue allocation and petroleum politics in Nigeria: the Niger Delta question
By: Paul S. Orogun
GeoJournal, Vol. 75, No. 5 (2010), pp. 459-507
Springer
Escaping the Resource Curse and the Dutch Disease? When and Why Norway Caught up with and Forged Ahead of Its Neighbors
By: Erling Røed Larsen
The American Journal of Economics and Sociology, Vol. 65, No. 3, Natural Resources, Taxation, and Regulation: Unusual Perspectives on a Classic Topic (Jul., 2006), pp. 605-640
American Journal of Economics and Sociology, Inc.
Dutch Disease, factor mobility, and the Alberta Effect: the case of federations
By: Ohad Raveh
The Canadian Journal of Economics / Revue canadienne d'Economique, Vol. 46, No. 4 (November / novembre 2013), pp. 1317-1350
Wiley on behalf of the Canadian Economics Association