The History of the Power Suit for Women

As women entered the white-collar world, experts told them to dress like men, without being too threatening. 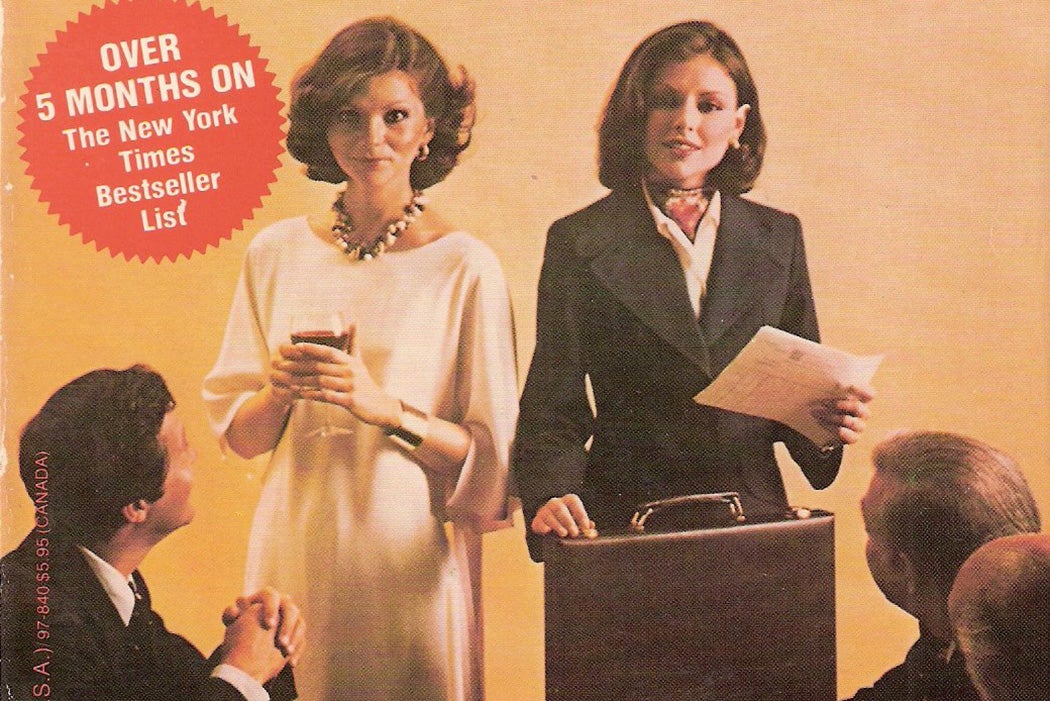 In the 1977 edition of The Woman’s Dress for Success Book, author John T. Molloy didn’t waste much time getting to the point: “Most American women dress for failure.” (To be fair, he also wrote that this applies to men.) Molloy’s guide outlined the basics of what he called wardrobe engineering, a way to dress to move up the corporate ladder and to be taken seriously by men. He called it power clothing, and a quick look at business-world fashion trends for women in the years that followed shows that women did just what Molloy prescribed: they adopted what researchers Patricia A. Kimle and Mary Lynn Damhorst in 1997 called the “Dress for Success uniform” in large numbers.

This trend went hand-in-hand with social changes. As women entered the workforce in greater numbers in the 1970s, “dressing for work [became] an exercise in politics and diplomacy,” as Kimle and Damhorst put it. The Dress for Success uniform required a skirted suit and blouse, echoing men’s corporate dress code but, importantly, not replicating it. According to Kimle and Damhorst, “Adopting the standard men’s suit, tie, and grooming norms…is a violation of mainstream gender codes if borrowed so explicitly that the woman virtually masquerades as a man.” The softer, more traditionally feminine lines of the skirt-suit posed their own set of problems, though: they served to outline the differences between men and women.

Molloy cautioned that clothes needed to be striking but not too frilly, strongly colored but not exotic.

Molloy cautioned that clothes needed to be striking but not too frilly, strongly colored but not exotic. This was in line with what Kimle and Damhorst found, explaining that “creativity without limits is not a wise alternative in the business arena.”

But even during the age of wardrobe engineering, women fought the corporate uniform. In the 1970s, writes historian Betty Luther Hillman, “Female employees petitioned their employers to change dress codes that required women to wear skirts.” In response, many employers “deemed pantsuits and even miniskirts to be acceptable office attire.”

By the 1990s, when Kimle and Damhorst did their study, things were changing. “The shift back towards more creative and fashion oriented dress for women’s business images was due not only to women asserting themselves, but also valuing themselves and their culture for what it is,” they wrote. Even Molloy revised some of his own opinions in a later edition of his book. The era of power dressing was in decline. As lawyer Harold M. Goldner wrote in 2010, “it is becoming increasingly important to establish credibility and competence without relying on purely external symbols such as worsted wool suits, expensive ties, well-coiffed hair, and imported leather shoes.”

Despite much looser rules today, fashion norms in the professional world still exist. According to Goldner, “preferential treatment for those who conform to normative styles of dress and appearance is common.” A 2008 survey, Goldner continues, found that 41 percent of respondents “stated that people who dress better or more professionally were promoted more often than others.”

Power dressing is real, even if the power suit has faded away.

A Grounded Theory Model of the Ideal Business Image for Women
By: Patricia A. Kimle and Mary Lynn Damhorst
Symbolic Interaction, Vol. 20, No. 1 (1997), pp. 45-68
Wiley on behalf of the Society for the Study of Symbolic Interaction
“The Clothes I Wear Help Me to Know My Own Power”: The Politics of GenderPresentation in the Era of Women's Liberation
By: Betty Luther Hillman
Frontiers: A Journal of Women Studies, Vol. 34, No. 2 (2013), pp. 155-185
University of Nebraska Press
You're Going to Wear That? Appearance in the Workplace
By: Harold M. Goldner
GPSolo, Vol. 27, No. 1, SEX AND THE LAW (JANUARY/FEBRUARY 2010), pp. 20-24
American Bar Association