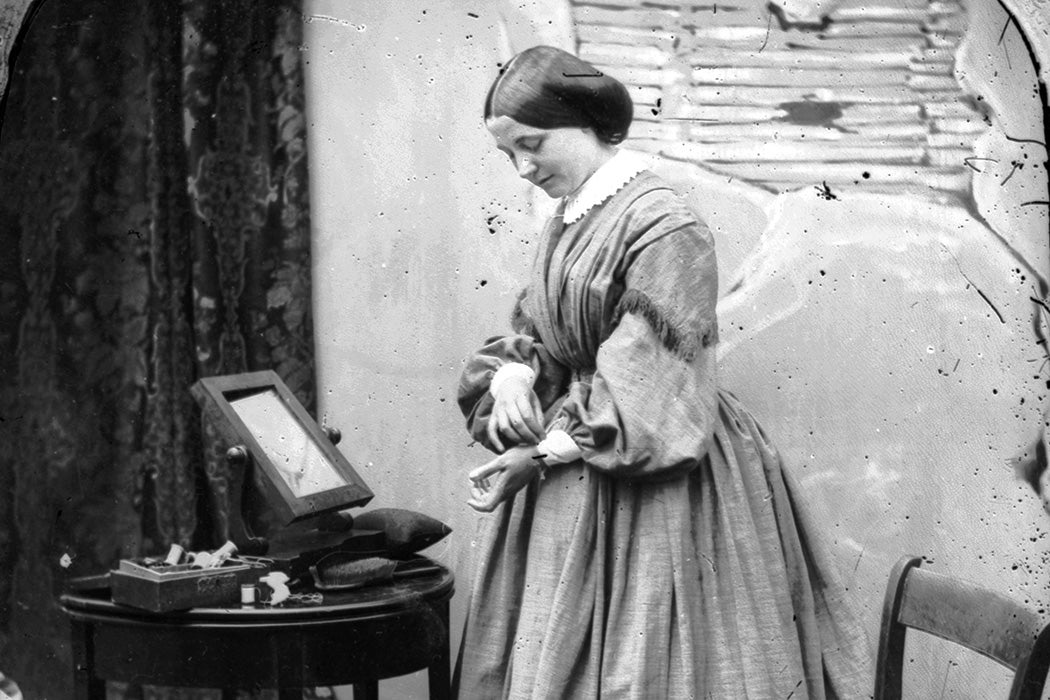 Clothing can tell an audience a lot about the societal evils that the authors of dystopias are worried about. Think of the iconic red dresses in The Handmaid’s Tale or the flamboyant Capitol fashions in The Hunger Games. In the nineteenth century fashion was, if anything, more ideologically charged than it is now. And, as literature scholar Justyna Galant writes, some of its dystopian writers made clothing central to their stories.

Galant writes that fashions, particularly for women, changed dramatically during the nineteenth century. And many people had strong opinions about these trends. Satirists and feminists alike targeted items like corsets and bustles as vain and impractical. But others mocked or shuddered at women dressing in simpler, more “masculine” attire.

Collins writes the satirical Queen Krinaleen from the perspective of a twenty-second-century narrator looking back at “How a Simple People Were Destroyed,” as the book’s subtitle puts it. The queen of the Mezeers (meaning the French) tricks tourists from Amrika into believing that a newly designed line of dresses is the height of fashion. The dresses are both so uncomfortable that they permanently disfigure those who wear them and so expensive that Amrikite men become money-obsessed to pay for them.

Besant’s villain is not a scheming queen but a socialist who insists that everyone dress alike.

The society devotes itself to the worship of the gods Fa Shun and Doll Err, and its people become both physically and mentally enfeebled—the men hoard their money and become neurotic, while the women forgo motherhood, “chatter nonsense in ungrammatical language, repeat unmeaning phrases, and play easy waltzes,” as the novelist puts it.

In The Inner House, Besant’s villain is not a scheming queen but a socialist who insists that everyone dress alike: the men in blue flannel jackets and trousers, and the women in gray frocks and jackets, with their hair gathered up under unisex caps. The only child in the novel’s society of immortals, a girl named Christine, encourages the women to try on dresses from a museum exhibiting nineteenth-century artifacts. Clad in satin and lace, with necklaces and long gloves, their long hair set loose, they create a secret gathering where they imitate aristocratic leisure. As a man puts on a military uniform, he remembers a scene from much earlier in his long life, with a victorious army returning from war. Eventually, the people overthrow the socialist leaders and joyfully embrace a beautiful past.

Galant suggests that Besant’s essentially backward-looking view is not very satisfying: “effectively the anticipation of progress the text presupposes is overcast by the awareness that society will be glorifying the values of the past as practiced by the aristocracy.”

But, like Collins’s view of the destructive effects of fashion, Besant’s faith in its promise reflects a particular idea of the dystopian horrors that readers should stand ready to oppose. 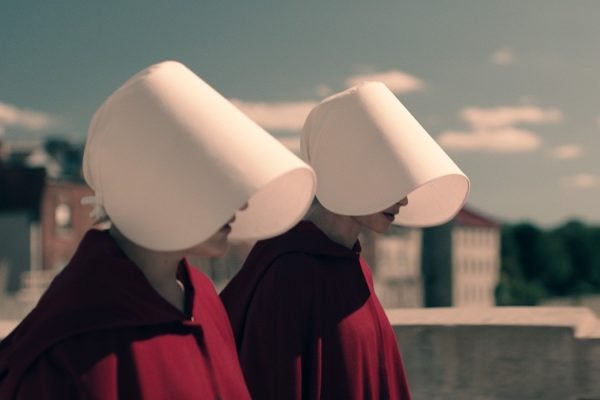 Lessons in Resistance from The Handmaid’s Tale

The seminal Margaret Atwood novel The Handmaid's Tale feels all too relevant in a time of dystopic “debate” over the worth of women.