The History of Mourning in Public

After a massive factory fire in 1911, hundreds of thousands of people took to the streets to stage a “symbolic funeral.” 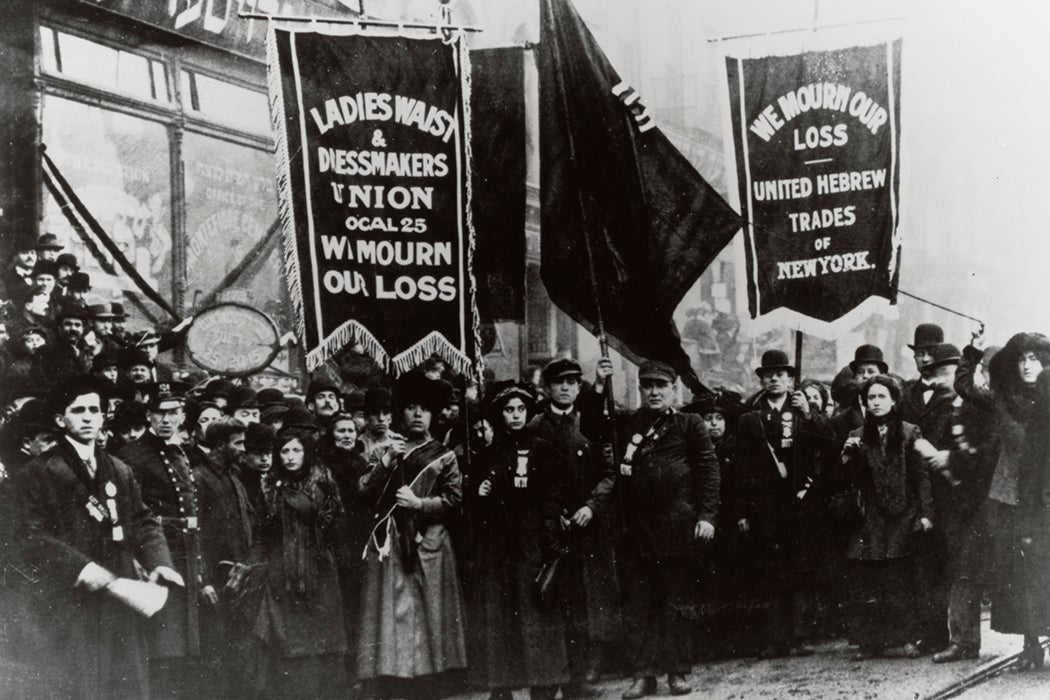 Days after U.S. deaths from COVID-19 surpassed 100,000, cities across the country erupted in protests against police brutality and racism, centered on the memory of George Floyd, killed by police officers in Minneapolis. Floyd was eulogized by the Reverend Al Sharpton in Minneapolis on June 4, as mourners listened in person and over livestream, and memorials to Floyd have sprung up in murals, protesters’ chants, and on social media.

In 2014, social theorist Stacy Otto looked at mourning in public and why modern taboos often encourage silence about death.

As a show of respect, women’s garment workers in the funeral parade marched for hours without hats, umbrellas, or overshoes.

Otto begins with the horrifying fire at New York’s Triangle Shirtwaist Factory on March 25, 1911. In 18 minutes, 146 people—mostly women and children who had been sewing garments in the factory—died. About half of them jumped to their deaths in attempting to escape the fire. Immediately, the public grasped the connection to the blossoming movement for workers’ rights. Just the previous year, the company’s seamstresses had struck for safer conditions.

By early April, seven corpses remained unclaimed, and labor activists sought to hold a public funeral. The city refused to allow it, fearing that the dead would become labor martyrs, so the unions held a symbolic funeral. On a cold, rainy day, 400,000 people gathered to march and mourn. As a show of respect, women’s garment workers in the funeral parade marched for hours without hats, umbrellas, or overshoes.

As they turned a corner and caught sight of the burned building, a contemporary source reported, the quiet of the march turned into “one long-drawn-out, heart-piercing cry, the mingling of thousands of voices, a sort of human thunder of the elemental storm.”

Otto writes that this highly emotional ritual of mourning reflected a Victorian culture. Through the nineteenth century, she writes, death was omnipresent and grieving was publicly visible. People wore jewelry made with the hair of their lost loved ones. Mourners wore visible signs for a prescribed period—a full two and a half years for a widow (though, notably, only three months for a widower).

But within a few years of the Triangle Fire, Sigmund Freud branded prolonged mourning as pathological melancholy. While Freud later changed his views, Otto writes, the idea that grief must be resolved definitively, quickly, and privately took hold in the twentieth-century United States. Increasingly, people died out of sight in a hospital. A near-miraculous decline in infant mortality made tragedy less salient as a widely shared experience.

And yet, ninety years after the Triangle fire, New York City experienced another moment of intense public grief following the attacks of September 11, 2001. People gathered spontaneously in vigils. Posters of the missing blanketed city walls, followed by memorial shrines built around the city so densely that, Otto writes, “the entire city effectively was transformed into the largest public shrine ever erected.”

Otto writes that the shared horror of 9/11 broke through modern taboos in an explosive expression of grief. Today, whether and how we publicly grieve our national tragedies reflects both how we view death and how we view our shared national life.

Editor’s Note: This article was amended to correct the name of the Triangle Shirtwaist Factory.

A Garden from Ashes: The Post-9/11 Manhattan City-Shrine, the Triangle Fire Memorial March, and the Educative Value of Mourning
By: Stacy Otto
Journal of Social History, Vol. 47, No. 3 (Spring 2014), pp. 573-592
Oxford University Press 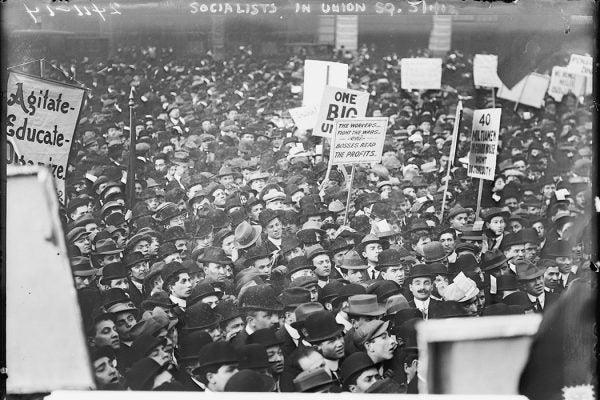