Victorians were mesmerized by the hair of the dead — which reveals something about about how they saw life. 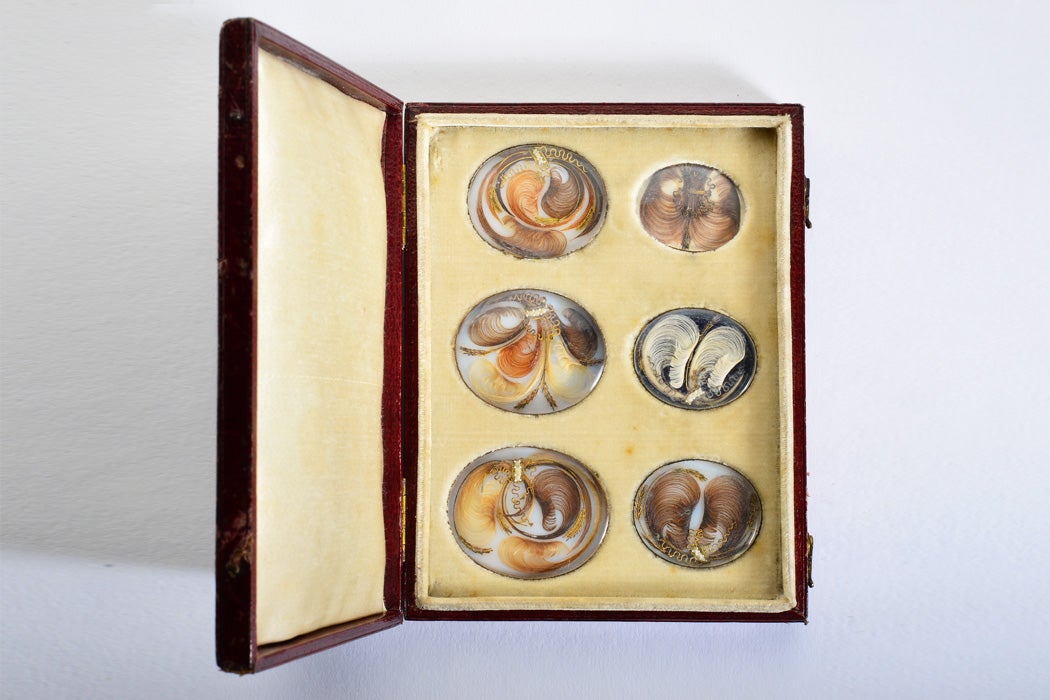 A case of memorial jewelery made from human hair
via Wikimedia Commons
By: Matthew Wills
3 minutes
Share Tweet Email Print

This year marks the 200th anniversary of Walt Whitman‘s birth. To celebrate, the New York Public Library and the Grolier Club are hosting exhibits, both of which will include samples of Whitman’s actual hair. Yes, hair.

In the Victorian era, jewelry made with hair was all the rage. In 1854, the novelist Wilkie Collins wrote that bracelets made of human hair were “in England one of the commonest ornaments of woman’s wear.” Ten years later, Charles Dickens wrote that a man’s watch fob made of hair was the real mark of middle-class respectability.

Victorians on both sides of the Atlantic were particularly mesmerized by the hair of the dead. Victorian literature scholar Deborah Lutz explores “the materiality of death and its artifacts” of the era, finding antecedents in the Christian reliquary tradition, when body parts of saints were considered magical. Protestantism and secularization shifted this fascination toward the sought-after body parts of royals and the very famous (like Napoleon, whose penis is supposedly now in New Jersey). By the middle of the nineteenth century, this long Western tradition had become “increasingly secular, personal, and private.” And concentrated on hair.

Hair was a very tangible reminder, memento, souvenir, and keepsake of a life, and of a body.

Loved ones and relatives could give hair as tokens of love and friendship. Family members or lovers could twine their hair together. After a person’s death, their hair remained; as the Whitman exhibits show, well-preserved hair can last a long time. Hair was a tangible keepsake of a life, and of a body. Perhaps it imparted a sense that you might meet again.

Lutz writes that such relics “work as traces of a life and body completed and disappeared, in this sense something like last words, by they also serve as frames or fragments of the moment of loss.” These present reminders of those who have died speak of a “desire to see death as not permanent, in that material remains might be proof that the loved one still exists somewhere, somehow.” Relic worship also shows a willingness “to dwell in and with the moment of loss itself, to linger over this evidence of death’s presence woven into the texture of life at all turns.”

Romanticism, the Evangelical revival of the 1830s-40s, and Spiritualism’s rise in the 1850s-1860s, all contributed to this “after-death narrative” and the mid-century popularity of “hairwork.”

Lutz reminds us of the passage in Emily Brontë’s Wuthering Heights (1847) when Heathcliff switches his rival Linton’s hair from the locket around the dead Catherine’s neck and replaces it with his own. “Rather than gathering a memento of Catherine for himself, Heathcliff sees to it that a material fragment of his body will go down into the grave with Catherine’s corpse, to intermingle with her flesh.” The notion of the “good death” merges here with the palpable eroticization of death. Of course, Heathcliff’s plans are foiled by Nelly Dean, who twines Linton’s lock around Heathcliff’s—opening “the possibility of a postmortem storm of jealousy.”

Fiction mirrored the times. After her husband’s death in 1861, Queen Victoria had at least eight pieces of jewelry made that incorporated Prince Albert’s hair. The Victorians “found in relic culture a means to respect the irreducible self.” Such a culture, Lutz says, “sees death, and the body itself, as the beginning of stories, not their end.” 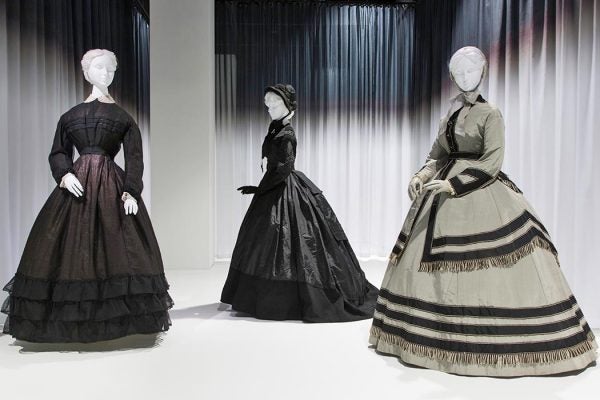