The Former Slave Who Became a Master Silhouette Artist

A new exhibit of silhouette artists surfaces Moses Williams, a former slave who created thousands of beautiful works of art but never got credit for them. 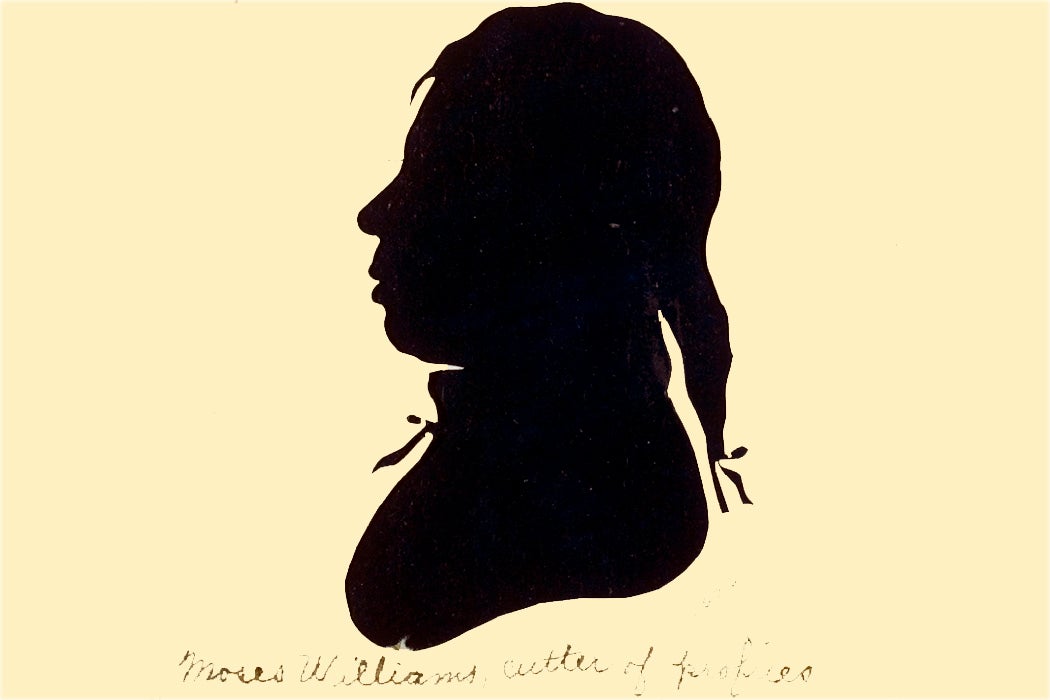 Before photography, one of the most popular forms of portraiture was the silhouette. Quick to make and affordable to produce, the cut-paper works were prevalent in the eighteenth and nineteenth centuries. For residents of Philadelphia, the place to go was Peale’s Museum, where a formerly enslaved man named Moses Williams created silhouettes by the thousands.

Williams’s work is featured in Black Out: Silhouettes Then and Now at the Smithsonian’s National Portrait Gallery in Washington, DC. The exhibition examines the artistic influence of silhouettes, with work dating back to the eighteenth century alongside pieces by contemporary artists like Kara Walker and Kumi Yamashita.

As art historian Gwendolyn DuBois Shaw explores in her 2005 article for the Proceedings of the American Philosophical Society, Williams’s work has only recently gotten much attention. Williams was born into slavery in 1777, and grew up in the household of Charles Willson Peale. Peale was an artist and naturalist; one of his most famous paintings is an 1822 self-portrait in which he lifts a curtain to reveal his museum, brimming with mastodon bones, artwork, taxidermy specimens, and ethnographic objects.

All of Peale’s children learned an art; in fact he named his sons after famed artists Rembrandt, Raphaelle, Titian, and Rubens. Williams was also taught an art, but while Peale’s sons studied painting, Williams had only the physiognotrace, a silhouette-making machine used to trace a reduced outline of the sitter. The profile was then placed over a darker color of paper. “And while these white members of the household were given a full palette of colors with which to express themselves artistically, the slave was relegated to the mechanized blackness of the silhouette, and it effectively removed him from any significant artistic and financial competition with the others,” Shaw writes.

Yet that did not stop him from success. Williams was freed in 1802 at the age of 27, and set up shop within Peale’s Museum. As the historian Paul R. Cutright notes, in his first year working at the museum, Williams produced more than 8,000 silhouettes for eight cents each. He married Maria, a white woman who had worked as the Peales’ cook, and bought a two-story house. The precision in Williams’s portraits was impressive, especially since he created them on such a mass scale. Peale himself stated in 1807 that “the perfection of Moses’s cutting supports [the physiognotrace’s] reputation of correct likeness.”

Each was just stamped “Museum,” so his attribution as an artist was obscured. Shaw highlights an 1803 silhouette portrait labeled “Moses Williams, Cutter of Profiles.” While it was in the collections of the Library Company of Philadelphia since the 1850s, only in 1996 was it given critical attention and attributed to Raphaelle Peale, but Shaw theorizes it may be a self-portrait, revealing both Williams’s empowerment as an artist and lack of agency as a formerly enslaved man of mixed heritage, particularly through the hand-cut alterations to the machine-traced lines that extended the hair and smoothed its curl. “By deviating from the original form line, I believe that Moses Williams purposely created an image in which his own features would connote tropes of whiteness rather than blackness,” Shaw writes. “But was it an attempt to deny the African part of his racial heritage? I would argue that it records the anxiety and confusion that he had about his position as a person of mixed race within a white society that despised that heritage.” 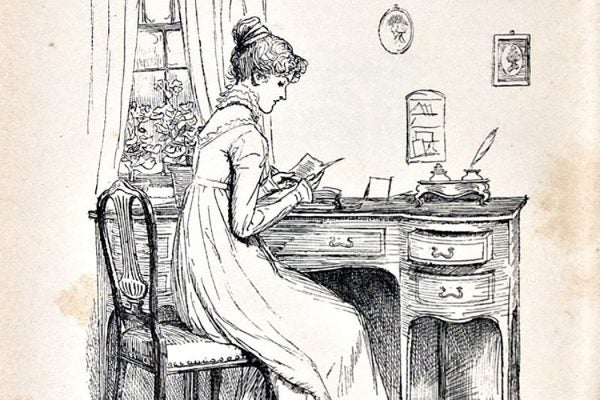