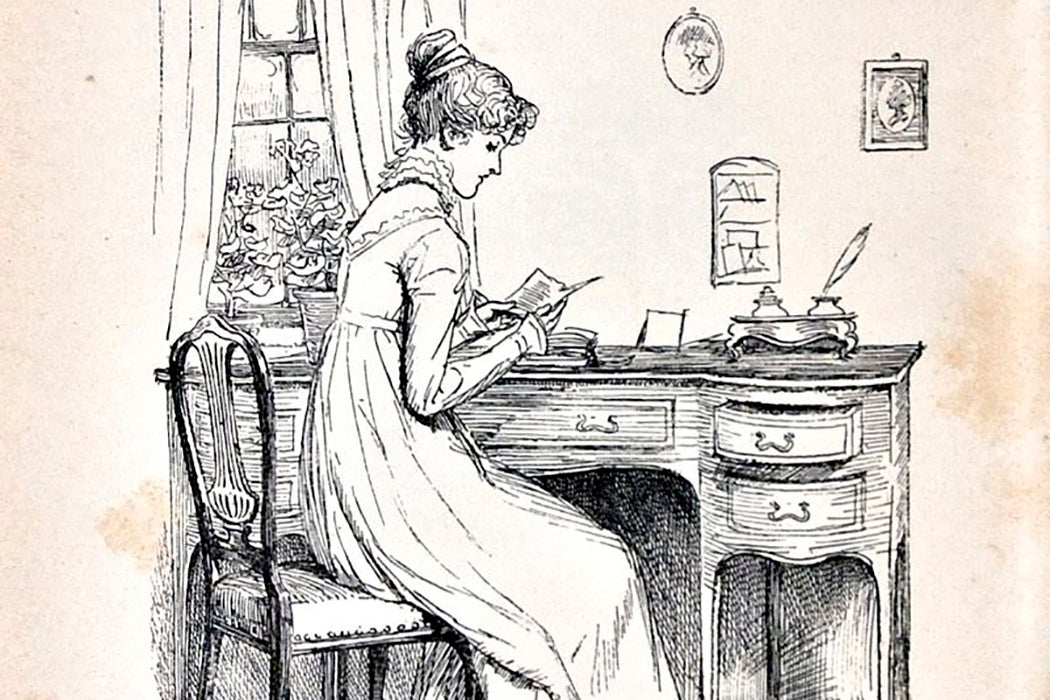 There are plenty of mentions of novels and popular literature in Jane Austen’s books. But books were expensive in the early nineteenth century, and women weren’t necessarily encouraged to read them. How, then, did her heroines get their book fix? Literature scholar Lee Erickson uncovers the frivolous (and serious) secrets of circulating libraries.

The libraries, which were found in fashionable watering holes like Jane Austen’s fabled Bath, began as offshoots of bookselling. They became social gathering places that people subscribed to as soon as they got to their vacation destination. They weren’t just for books, either—they held raffles and social events, and the subscription record books were a good place to figure out who was in town. If you lived in a rural area, though, you were probably out of luck. No businessman would set one up in an area that couldn’t sustain it.

At the time, industrialization hadn’t yet made printing affordable, so only the richest could afford books. Erickson points out that the average three-volume novel cost the equivalent of $100 at the time, which makes Darcy’s extensive library even sexier. And since anyone with enough money for a subscription could use a circulating library, it became a way for women to gain knowledge without asking a man for permission to use his library or borrow his books.

At the time, circulating libraries were easy to mock as feminine places of frivolity, in which women flaunted their pleasure in leisure.

Not everything in a circulating library was intellectually uplifting, though: They were repositories for the Regency version of beach reads. The hottest novel might be available for several months, then be replaced by the new big thing. This led to big demand for new books, and that demand drove bigger print runs. Authors also started writing with the libraries in mind, which led to the rise of genres like the gothic novel.

Though circulating libraries might have seemed like goldmines, writes Erickson, their proprietors often ran into the same problems as regular readers and found they couldn’t afford a large stock of books. In an attempt to make more money, they began to offer luxury items like the ones that drive Lydia Bennet “quite wild.” These items included things like powder puffs, paper goods, and ornaments designed to make ladies open their purses.

At the time, circulating libraries were easy to mock as feminine places of frivolity, in which women flaunted their pleasure in leisure. Accordingly, they were looked down on by many. But, writes Erickson, “we should recognize that, if nothing else, the readers and their libraries encouraged and enabled Austen to write her novels.” And that’s serious business, indeed.

Asian American detectives played by actors Anna May Wong and Keye Luke had a minor but notable place in 1930s and 40s Hollywood.