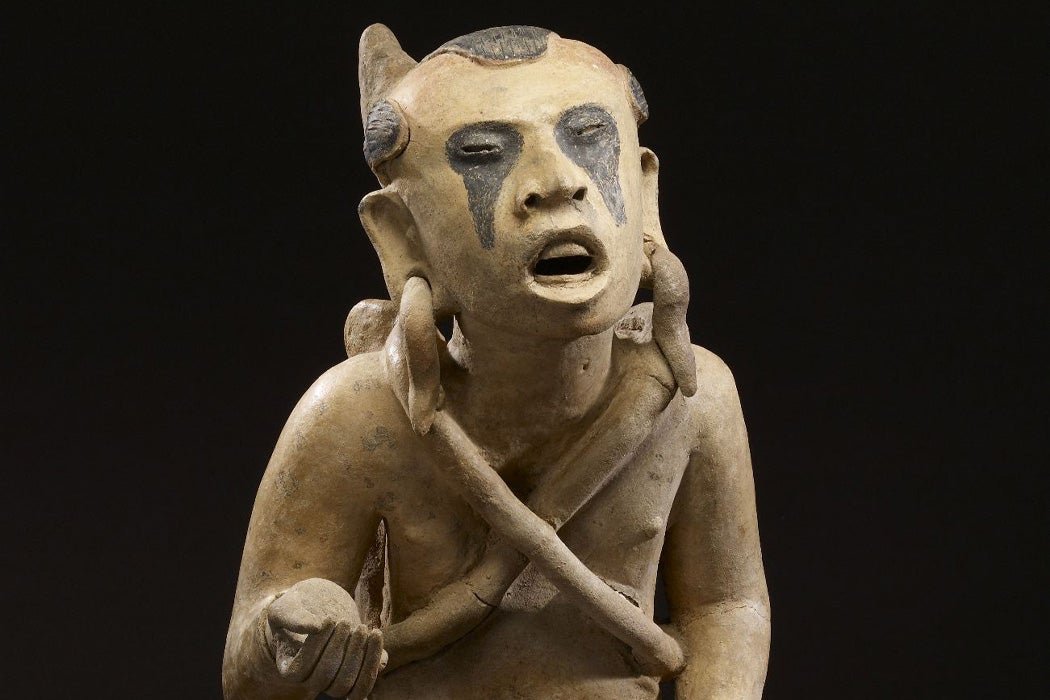 A recent discovery in the Puebla state of Mexico calls attention to an especially colorful Aztec deity: Xipe Totec, or The Flayed God. The archaeologists in Puebla have found the first known stand-alone temple to Xipe Totec, a finding that may help to connect many of the disparate bits of knowledge about Xipe Totec and the gruesome rituals surrounding him.

Who was this deity anyway? Religion historian Davíd Carrasco shares a detailed description of “Tlacaxipeualiztli” (The Flaying of Men), a month-long festival in honor of Xipe Totec which was held during the second month of the Aztec Year (roughly corresponding to the modern month of April). His details come mostly from sixteenth century Spanish observers, supplemented by archaeological sources.

The captives in all cases were skinned and the skins worn by young men who paraded through the city, engaging in mock-battles and soliciting.

With a deity named “The Flayed God,” perhaps it’s unsurprising that the celebration was elaborate and gruesome. According to Carrasco, the festival lasted for the entire month (Aztec months lasted twenty days). Captives, usually prisoners of war, were prepped for sacrifice through dancing and a ritual haircut before being led to the top of a pyramid for sacrifice. On the second day, captives were forced into combat, where they had to fight multiple, better-armed opponents while partially restrained. Bravery was highly prized: those captives who walked proudly to their deaths or who won their rigged contests were honored. But those honors only went so far: all were sacrificed in the end, their hearts offered to the sun. Sometimes the bodies may have been partially eaten. Their captors were decorated with feathers and other ornaments in celebration.

The captives in all cases were skinned and the skins worn by young men called Tototeci, or Xipeme, “The Skinned Ones, who paraded through the city, engaging in mock-battles and soliciting for the entire festival. According to the Spanish observers, the skins were in a pretty horrendous condition by day twenty.

Royalty and honored guests came to witness the festivities and participate in the feasting at the palace. At the end of the twenty days, those who had captured the sacrificed prisoners hosted a meal from the donations they collected as Xipeme. They finally removed the skins, which were buried in a cave beneath the central temple.

To the modern mindset, perhaps most incongruous is the actual symbolism of Xipe Totec himself. Despite the violence of the festival, according to scholar George Kubler the Flayed God is primarily a God of Renewal, symbolizing crop regrowth. Yes, he was associated with warfare—in fact Xipe Totec was thought to have invented warfare. But rather than an act of conquest, wearing the skin is meant to symbolize a live seed inside a husk, like an ear of corn. For followers of Xipe Totec, life and death were apparently very closely related.

Give Me Some Skin: The Charisma of the Aztec Warrior
By: Davíd Carrasco
History of Religions, Vol. 35, No. 1, Mesoamerican Religions. A Special Issue on the Occasion of the Seventeenth International Congress of the History of Religions, MexicoCity, August 5-12, 1995 (Aug., 1995), pp. 1-26
The University of Chicago Press
The Olsen Collection of Pre-Columbian Art
By: George Kubler
Yale Art Gallery Bulletin, Vol. 24, No. 2 (OCTOBER, 1958), pp. 6-25, 4
Yale University, acting through the Yale University Art Gallery 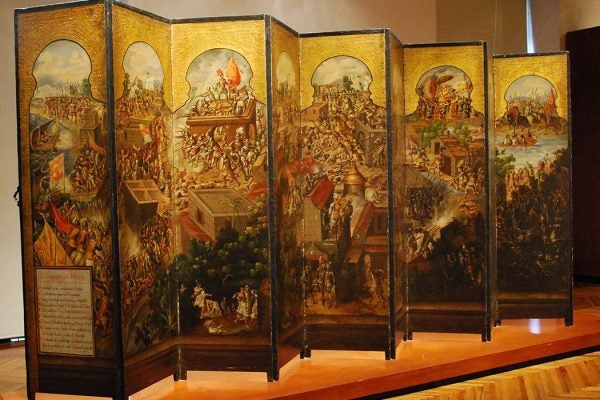