To the barricades! And then…to the opera! 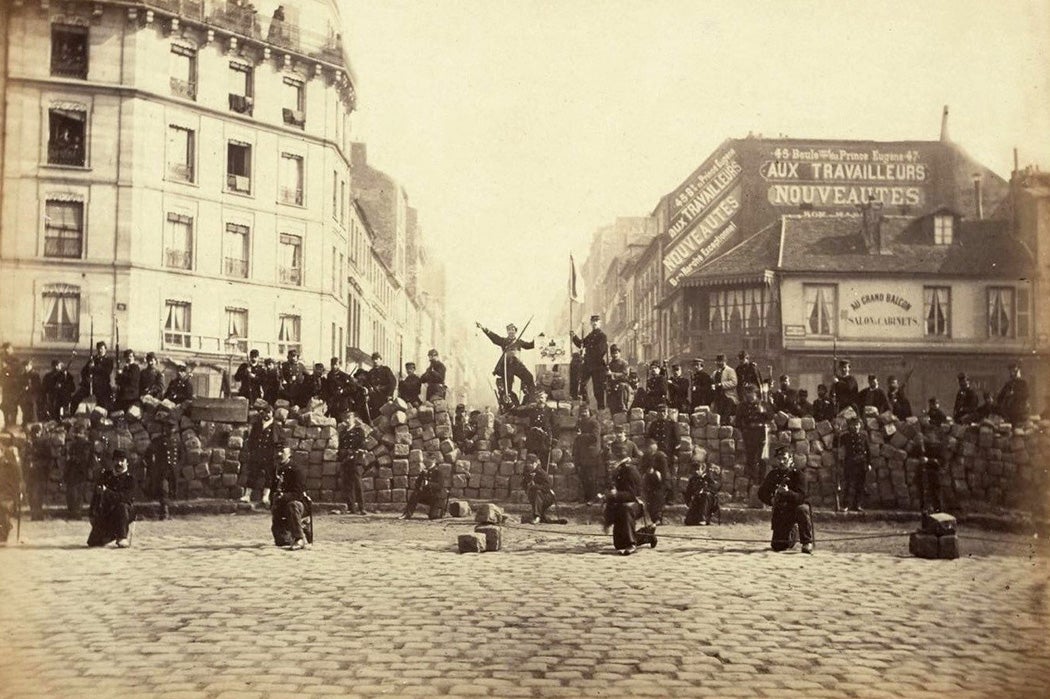 This spring marks the 150th anniversary of the Paris Commune, the short-lived workers’ regime that controlled the city for two months in 1871. It was a moment of barricades, red flags, and, as music scholar Delphine Mordey writes, extremely elaborate concerts.

Mordey notes that we tend to associate the Paris Commune with the folk music that the uprising inspired. But throughout the month of May, as hope for the survival of the Commune waned, its leaders organized something very different.

Joseph Réné Etienne Narcisse Rousselle, a doctor who headed the rebels’ temporary hospitals, planned a series of concerts at Tuileries Palace to support widows and orphans of the Republic. The concerts, held between May 6 and May 21, drew a core working-class audience, along with soldiers, bourgeois intellectuals, and some of the usual wealthy crowd that remained in the city.

How easy was it [to refuse] when the “invitation” was made in a charming and gracious manner by a dozen strapping men more or less bedizened with various costumes and armed to the teeth, who came to the house to kidnap one in order that they be honoured with one’s presence and one’s violin bow!

Mordey writes that Dancla and other high-society performers walked a thin line, expressing an interest in helping the needy while also trying to avoid being pilloried in the anti-Commune press.

While the first of the concerts went poorly, with too many tickets sold for the available space, the ones that followed became increasingly ambitious and impressive. The fourth concert, held on May 21, involved 1,500 musicians.

“Their monumentality did more than ensure that audiences would escape boredom,” Mordey writes. “For an unstable government, desperately trying to assert its authority, the size of the entertainment also served as a sign of power.”

Anti-Commune observers, on the other hand, described audience members whistling at the singers, failing to remove their hats, and talking through performances.

The Communards had planned their most culturally ambitious production, a show at the Paris Opera, the day after the fourth concert, on May 22.

“If the Tuileries concerts had provided a taste of bourgeois and aristocratic culture, the Opera and its repertory were the ultimate symbols of the ruling classes, and as such could be employed to legitimise even further the Communards,” Mordey writes.

But as the final concert at Tuileries was happening, the French Army swept into the city. The planned performances at the Opera never happened. Instead, the building became a site of mass executions as the army crushed the rebellion. 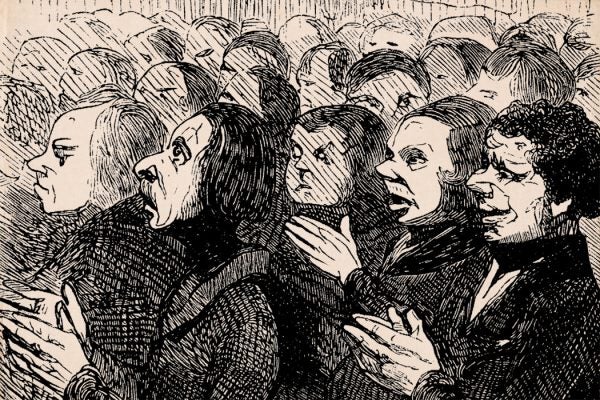 Professional applauders, collectively known as the “claque,” helped mold the tastes of an uncertain audience.