The Ecological Prescience of Dune

Frank Herbert’s novel isn’t just about space messiahs, giant sandworms, and trippy space drugs. At its core, the sci-fi epic is about ecology. 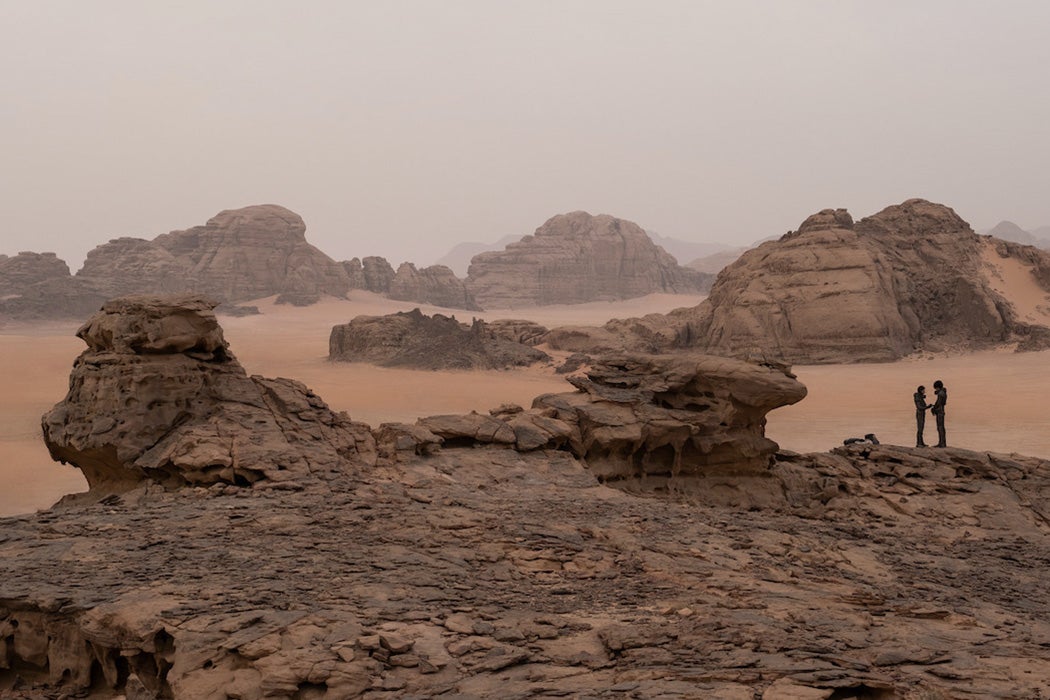 On the dedication page for the 1965 sci-fi epic novel Dune, author Frank Herbert writes that this is for “the people whose labors go beyond ideas into the realm of ‘real materials’—to the dry-land ecologists, wherever they may be, in whatever time they work, this effort at prediction is dedicated in humility and admiration.”

Unlike most science fiction of its time, Dune isn’t about so much about technology as it is about ecology. Environmental science is the critical real-world underpinning of the Dune fictional universe (the Dune-iverse, if you will). In fact, some scholars have argued that Dune is one of the earliest examples of climate fiction, a story intimately concerned with exploring the relationships and interactions between organisms and their environment .

Everything in the Dune-iverse is connected in a vast ecosystem. Humanities scholar Ronny Parkerson writes that “the intricate ecology of the planet Arrakis—encompassing the Fremen natives’ desire to turn Dune into a “green and fertile world,” and the need of the Empire for the indigenous spice melange to facilitate space travel—forms the backdrop for [the protagonist’s] struggle to…fulfill his personal destiny.”

The Dune novels are not simply “highly metaphoric,” but also “highly predictive” regarding environmental issues.

The text is also rife with allegory, inviting readers to draw parallels to the real-world environmental issues. The substance known as the spice melange, produced by gigantic sandworms on the remote desert planet of Arrakis, is central to the series. Various factions throughout the galaxy are dependent on spice, including the Spice Guild (responsible for interstellar travel) and the Bene Gesserit (who use it to expand their mental powers). Critics view spice as an analogy for oil and the oil trade. In The Dune Encyclopedia, writer (and close friend of Frank Herbert) Willis E. McNelly points out that the Dune series can “be construed as a thinly veiled allegory of our world’s insatiable appetite for oil and other petroleum products.”

According to academic William Senior, the Dune novels are not simply “highly metaphoric,” but also “highly predictive” regarding environmental issues. Dune was “written in 1965 before any of the oil embargoes of the 1970s or the wild increase in demand we have seen in the past 20 years,” writes Senior. “In the series, especially in the initial volume, Herbert foresees many of the issues that face us most insistently today.”

“Five years before Dune was published, oil, fuel, and gasoline simply were not pressing concerns for most of the world; and gasoline was, in actuality, relatively inoffensive,” Senior continues. He points out that when the U.S. national highway system was built in the 1950s, it was mainly for the military, not civilians. The ‘Organization of Petroleum Exporting Countries’ (OPEC) was founded in September, 1960, but it wasn’t until that early 1970s and the oil embargoes that “OPEC nations ostensibly on the fringes moved directly to the center of notice.”

“Herbert’s decision to examine the messianic superhero against a backdrop of ecological concerns was no accident,” writes Parkerson. In his 1980 essay, “Dune Genesis,” Herbert (who had a background in journalism) explains: “I had already written several pieces about ecological matters, but my superhero concept filled me with a concern that ecology might be the next banner for demagogues and would-be heroes…I could begin to see the shape of a global problem, no part of it separated from any other—social ecology, political ecology, economic ecology.” So, Parkerson concludes, “it seems…evident that a central theme of the novel is not only ecology, but ecology examined in many different contexts.”

'On Not Calling a Spade a Spade': Climate Fiction as Science Fiction
By: Paweł Frelik
Amerikastudien / American Studies, Vol. 62, No. 1 (2017), pp. 125-129
Universitätsverlag WINTER Gmbh
SEMANTICS, GENERAL SEMANTICS, AND ECOLOGY IN FRANK HERBERT'S DUNE
By: Ronny Parkerson
ETC: A Review of General Semantics, Vol. 67, No. 4 (October 2010), pp. 403-411
Institute of General Semantics
Frank Herbert's Prescience: "Dune" and the Modern World
By: William A. Senior
Journal of the Fantastic in the Arts, Vol. 17, No. 4 (68) (Winter 2007), pp. 317-320
International Association for the Fantastic in the Arts