This French scientist conducted a series of gruesome experiments in his quest to discover the true limits of life and death. 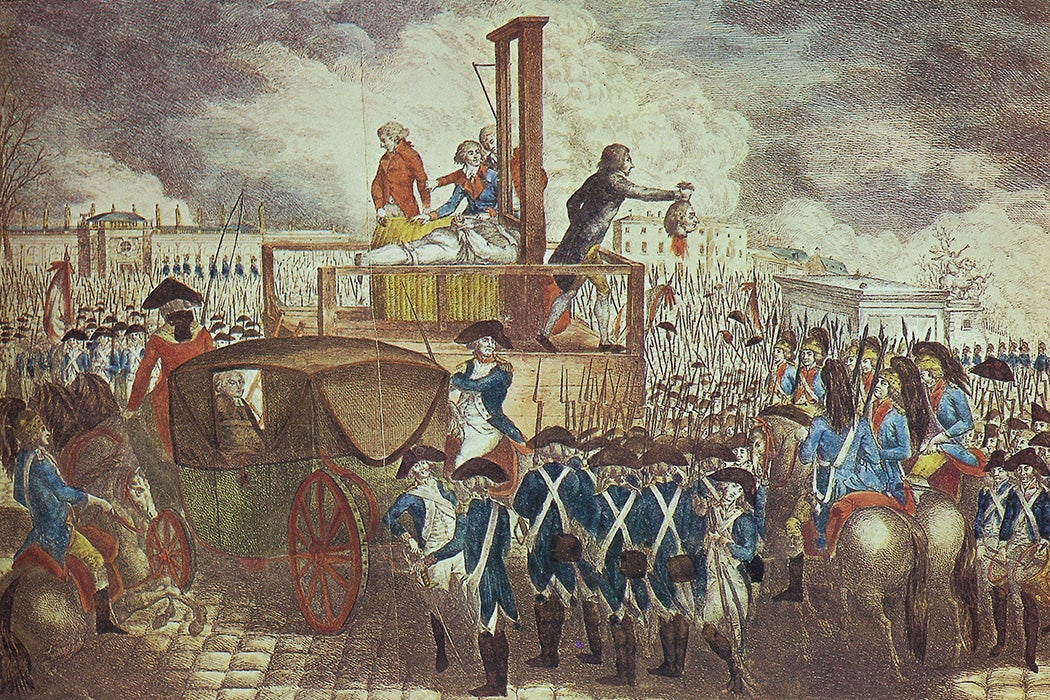 In the early 1800s, the bloody chaos of post-Revolution France left many citizens uncomfortably familiar with the concept of beheading. Some horrified observers noted that the severed heads often took on an expression of pain—after they had been sliced from the body. This postmortem grimace fascinated most scientists, but not French physician Jean César Legallois. According to science historian Tobias Cheung, Legallois didn’t care much about the rolling heads; he looked at the headless trunk lying on the other side of the guillotine.

Legallois was a professional vivisectionist, a field upon which we can now look back and think, “Yikes, was that really a job?” Vivisectionists performed experiments on living animals to see how different parts of the body interacted (with a particular interest in the nervous system). This usually involved slicing, cutting, splitting, and sometimes decapitation. Jean César Legallois was searching for the body’s “seat of life,” the source of its most vital functions: How did a body operate, sans the senses, sans digestion, sans cognitive perception? To do this, he needed to reduce a body down to its fundamental components.

Legallois frequently “went beyond the pathological to modify the limits of life and death.”

Legallois’s typical modus operandi involved decapitating rabbits with a tiny guillotine, cutting off their appendages, quickly sewing the openings shut, then using a pocket watch to time how long it took the animal’s trunk to die. Sometimes, he would leave the spine intact, sometimes he would sever specific nerves. Cheung recounts one particularly cruel operation, where Legallois reduced a rabbit down to a skeleton, some muscles, and the spinal cord, laying “the basic trunk-machine of its life […] before the eyes of its observer.” Pocket watch in hand, Legallois would eyeball the duration of the trunk’s twitchy movement as each organ system shut down, and then very scientifically poke it with a needle to double-check that it was dead.

There’s more: Legallois frequently “went beyond the pathological to modify the limits of life and death,” writes Cheung. After the bodies stopped moving, he wasn’t done with them. To him, these mangled corpses were only mostly dead. “Resurrection, not healing, was his main objective.”

That’s right—Legallois tried to directly “reanimate” or “resurrect” these trunks. “Like life, death passed for Legallois through stages and states,” writes Cheung. “There were ‘partial’ and ‘general’ deaths of animals, and death was only absolute if it referred to the ‘natural’ death of an individual.” Asphyxia inevitably seemed to be the primary cause of the death of headless bodies, so Legallois would sometimes attempt to resurrect corpses through artificial inflation of the lungs. He also transplanted the organs of living animals into the dead trunks, and sometimes attempted to replace the natural circulation with fresh, oxygenated blood.

Though Legallois’s experiments may haunt your nightmares, they also fundamentally shaped physiology as we understand it today (especially the importance of the spinal cord), and helped dispel the notion of a body being powered by a single entity (such as a soul or brain). In his quest to distinguish between the “Natural” and “artificial limits” of life, Legallois created an army of horrifying zombie animals that forced us to question the meaning of the word “death.” To Legallois, it seems, “death was no longer the opposite of life,” writes Cheung, “but just a phase between one life and another.”

Limits of Life and Death: Legallois's Decapitation Experiments
By: TOBIAS CHEUNG
Journal of the History of Biology, Vol. 46, No. 2, Special Issue on Vivisection (Summer 2013), pp. 283-313
Springer