That Time Jean-Paul Sartre Got High on Mescaline

The French existentialist got more than he bargained for when he went in search of drug-induced inspiration for his philosophical writings. 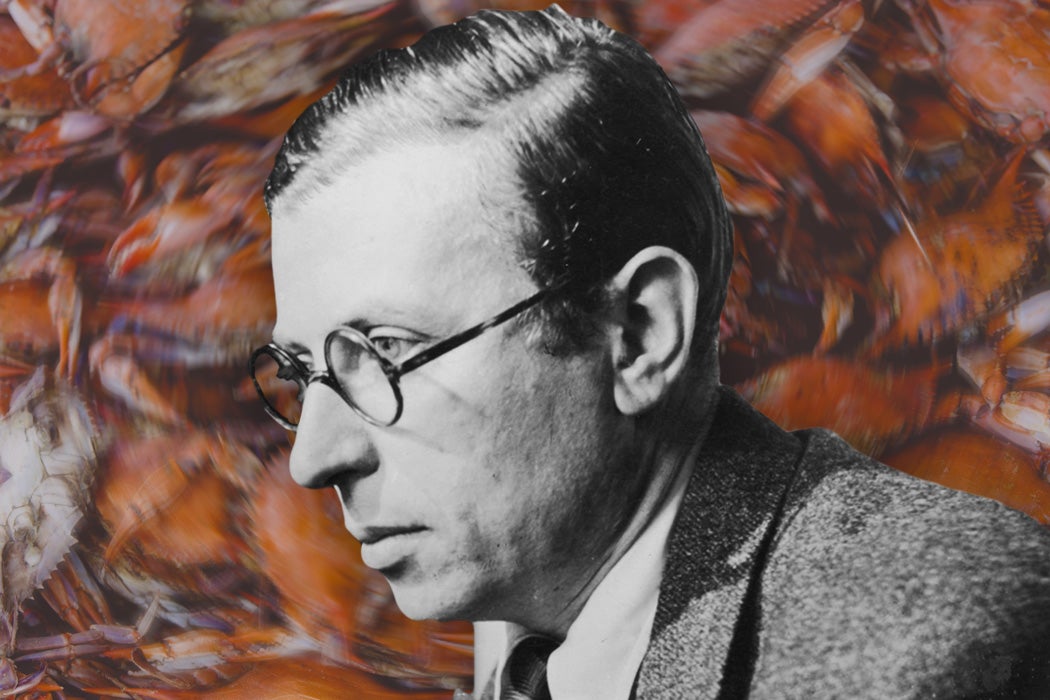 It was exactly the kind of thing a reckless twenty-something-year-old would do. But why would a rational, academically accomplished, thirty-year-old philosophy teacher do it? Wouldn’t someone who had won the competitive agrégation exam at the Sorbonne in Paris, besting a genius like Simone de Beauvoir (1908–1986), who came in second place…think it through?

As it turns out, the aspiring writer Jean-Paul Sartre (1905–1980) thought it through very well. After much intense consideration, he made the executive decision to get high on mescaline—a hallucinogenic or psychedelic drug used at the time to treat alcoholism and depression—and recruited a doctor friend, Daniel Lagache, to inject him with it at the premises of the Hôpital Sainte-Anne in Paris. This was 1935; rules and regulations in the medical field were more relaxed. The after-effects of the experiment, however, were not. Sartre’s lover, Simone de Beauvoir—there were no hard feelings between them about the agrégation, apparently—was forced to play the role of caretaker and minder as he suffered through what Carole Haynes Curtis accurately terms a “bad trip.” Later, Beauvoir would immortalize these events in her 1960 memoir The Prime of Life, though for Sartre it was less a “prime” and more of an embarrassing and mind-ravaging chapter of his own life.

For days he was tormented by illusions of crustaceans.

If Sartre was looking for some kind of epiphany, as have many writers who abused drugs in the past in the elusive quest for inspiration—Thomas de Quincey’s Confessions of an Opium Eater comes to mind—it presented itself to him in a very bizarre form. For days he was tormented by illusions of crustaceans. Not the charming, singing, Disney-style ones, but demonic, taunting sea beasts that followed him wherever he went. And he lost his grip on reality as normal warped into abnormal; his clock became an owl, his umbrella metamorphosed into a vulture. Hazel Rowley describes the transformative horror in her dual Sartre and Beauvoir biography Tête-à-Tête: “He did not hallucinate in the rose-tinted way he would have liked; instead, everyday objects took on grotesque shapes and forms for him.”

Unsurprisingly, Sartre suffered a mental breakdown. As explained by Sartre-Beauvoir biographer Carole Seymour-Jones in A Dangerous Liaison, an unimpressed Beauvoir believed that by subjecting his body and mind to such idiocy and placing himself in a position where he forfeited control over his own thoughts, he had betrayed the underlying principles of what it meant to be an intellectual. Besides that, he had endangered the stability of their already shaky open relationship. “From her point of view, Sartre’s collapse was treachery,” Seymour writes. “He [Sartre] had no right to indulge such whims when they threatened the fabric of our joint existence,” wrote Beauvoir herself.

Sartre sought to redeem himself afterward. Well-trained by the Sorbonne’s famously intensive philosophy program, he got serious and analytical when the worst of his mescaline-induced mania was over. Like a true philosopher, he tried to make sense of the senseless. “In the end, Sartre sought out Jacques Lacan, soon to become the most famous psychoanalyst in France,” recounts scholar David Lethbridge. “Together they concluded that the crabs represented Sartre’s ‘fear of being alone.’ The crabs continued to materialize until Sartre apparently ‘decided that they bored me and that I just wouldn’t pay attention to them.’” In other words, the brain won over the crabs as it had won a grueling exam competition: with hardcore study and sheer willpower.

But Sartre’s trauma from the experience never fully vanished. Throughout his life, crabs would intrude into his thoughts and make their way into the metaphysical novels and plays that established his world-renowned reputation as a rockstar-philosopher-writer. In this way, the freakish episode did achieve its original purpose, which was to provide him with material to write authentic books with an unsettling, abstruse flavor, the principal objective of the existential literary genre. Hallucinations with stalker-ish, creepy-crawly creatures make up some of the most disturbing passages in his works. For instance, in his experimental and ground-breaking 1938 novel La Nausée [Nausea], readers are treated to a ludicrous sex scene in which the main character daydreams he’s trapped in a garden full of insects and animals walking crab-style. It’s enough to put anyone off seafood forever. 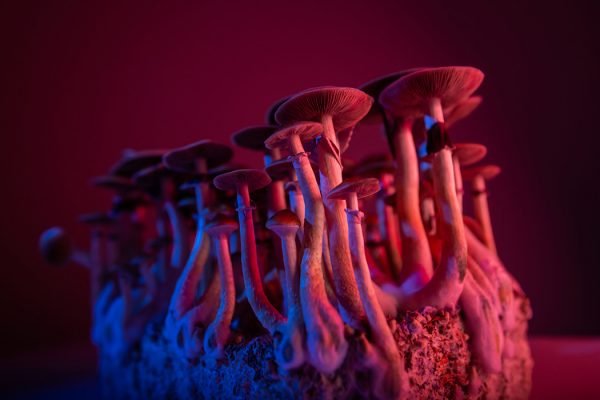 The Nice Married Couple Who Inspired People to ’Shroom

In the 1950s, Gordon and Valentina Wasson encountered magic mushrooms. Then they wouldn't stop talking about them.