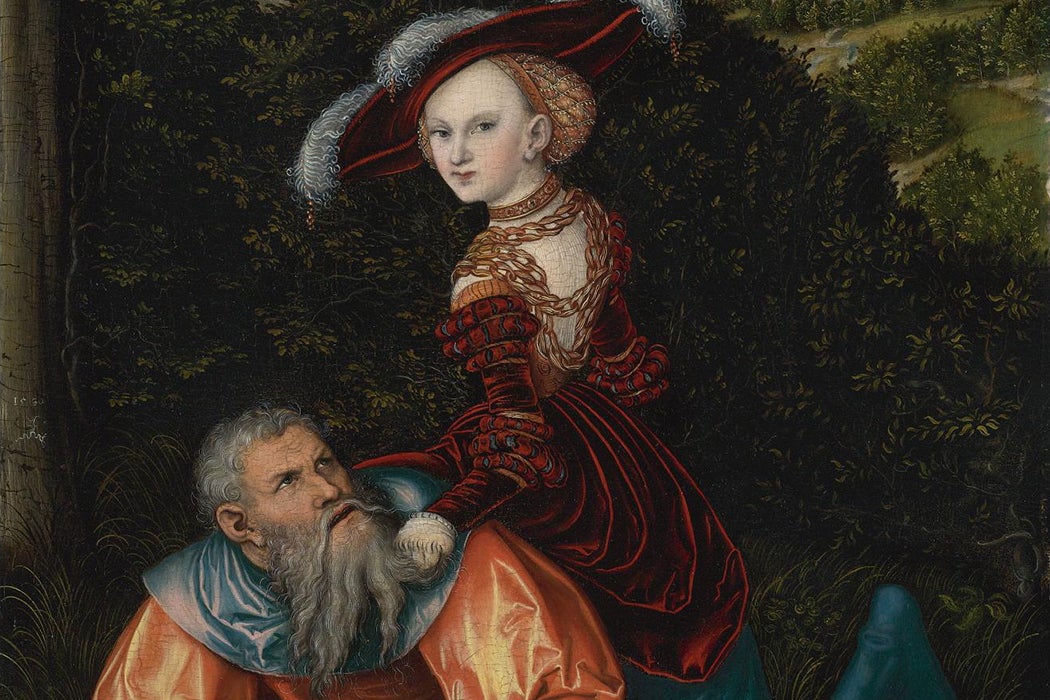 For centuries, Aristotle lived a second life in the popular consciousness as a lovesick fool.

Here’s the legend: Alexander the Great, Aristotle’s pupil, fell in love with a young woman named Phyllis. Aristotle, concerned that Phyllis was distracting Alexander from his kingly duties, cautioned him and advised him to spend less time with his love. Hurt, Phyllis decided to take her revenge. The next morning, she told Alexander to look out for her from the palace roof. She let down her hair, hiked up her skirts, and ran barefoot through the morning dew in the garden outside the window of Aristotle’s study. The philosopher looked up from his books to see a vision of beauty. Enchanted, he called her to him and begged her to be his.

“Certainly—on one condition,” Phyllis told the philosopher, and demanded that he put on saddle and bridle and give her a ride through the garden. Alexander, up on the battlements, was shocked to see his dignified old tutor with a bit in his mouth, while Phyllis brandished a whip over his back.

Perhaps the story was so popular because its meanings were so fluid.

The story of Aristotle and Phyllis is rarely told today, but throughout the Middle Ages, it was an immensely popular tale. Phyllis rode Aristotle here, there, and everywhere, from the undersides of church benches to the bedrooms of private homes, from sacred spaces to secular ones. The saddled Aristotle was chiseled into the capitals of columns, carved into delicate ivory boxes, cast into bronze pitchers, hewn into blocks for woodcuts, and etched into copper plates for engravings.

Perhaps the story was so popular because its meanings were so fluid. It lent itself to any number of contexts and interpretations. For instance, one of the first renditions of this tale was a solemn religious telling that emphasized the hazards of pursuing philosophy without Christian faith, while another early version was a French fabliau, a genre of lewd, silly tales that includes such shining masterpieces as “Berengier of the Long Ass” and “The Turd.” The motif also served as a send-up of chivalric romances and the ideals of courtly love. On the little ivory boxes that nobles exchanged as tokens of affection, carvings from syrupy, tragic love stories (Pyramus and Thisbe, or Tristan and Iseult) were often set alongside Phyllis riding Aristotle, like a set-up and a punchline.

On the other hand, the tale is often considered an example of a then-popular genre called “The Power of Women,” which depicted wise or powerful men vanquished by women: Judith decapitating Holofernes; Delilah shearing Samson; Eve tempting Adam. In the “Power of Women” genre, the story Aristotle and Phyllis has a close cousin in the story of “Virgil in the basket.” According to this legend, the great poet became besotted with a princess. He wanted to meet her for a private rendezvous, and so he asked her to raise him to her tower room in a basket. The lady left him dangling halfway up the tower for all of the city to laugh at. In medieval art, the Roman poet and the Greek philosopher often appear side by side, each ensnared by their own folly.

The “Power of Women” trope was a reflection of the fears and anxieties of a contradictory time. It was an era in which the belief that women were inherently inferior collided with the reality of female rulers, such as Queen Elizabeth, Mary Tudor, Mary, Queen of Scots, Queen Catherine of Portugal, and the archduchesses of the Netherlands, dominating the European scene. To many, the idea of a woman in power seemed unnatural, a reflection of a topsy-turvy universe. And Aristotle’s own writings on the topic were often marshalled in support of arguments for female inferiority.

Yet the image remains ambiguous. Its popularity cannot be explained simply by misogyny and distrust of female power, because in its inclusion on love-tokens and in bawdy songs there is an element of delight in the unexpected reversal, the transformation of sage into beast of burden. Even to modern eyes, the motif resonates with multiple layers of connotation. In 1882, Friedrich Nietzsche decided to stage his own version of Aristotle and Phyllis. In the photograph, the philosopher and his friend Paul Ree stand like plough-horses at the front of a cart while Lou Salome brandishes a whip behind them. It is a retelling of the medieval story, but rendered anew, translated into a new era and carrying with it a freight of new meanings. 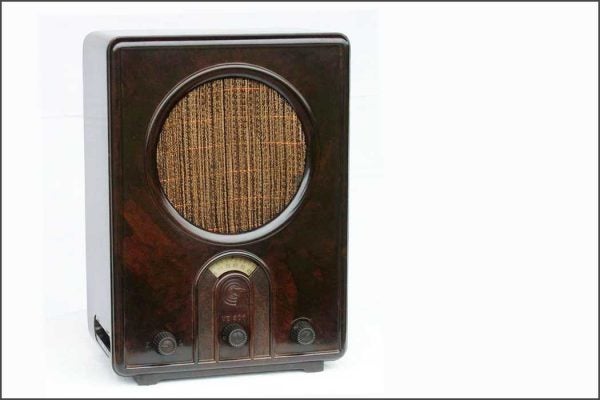 In the 1930s, Nazi Propaganda Minister Joseph Goebbels led the charge to create a radio cheap enough that even workers could own one.