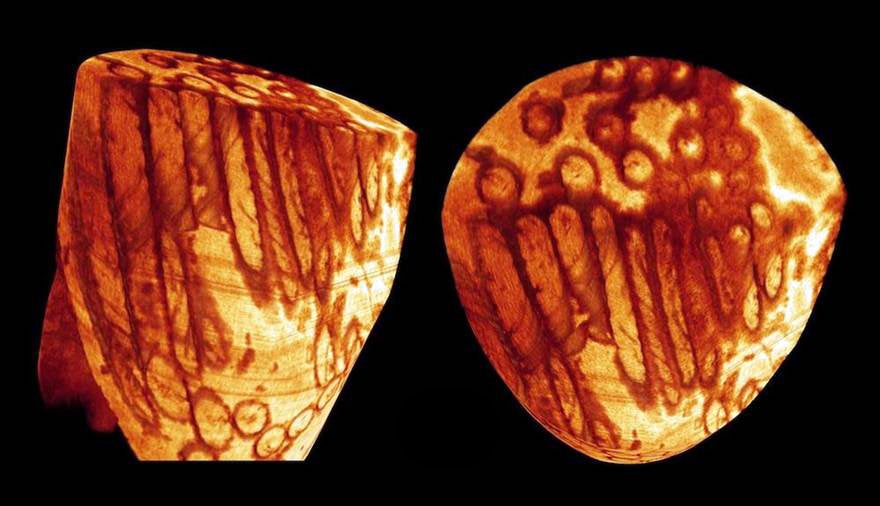 Digging in Queensland, Australia, scientists recently discovered the fossilized remains of a small crustacean known as a seed shrimp, or ostracod. Preserved between 23 and 16 million years ago, during the Miocene epoch, these ancient crustaceans hold the oldest known example of fossilized sperm.

Aside from its great age, the fossilized sperm is highly unusual in other ways. For one thing, it is enormous. Resembling a braided line, the sperm can be up to a centimeter longer than the tiny ostracod itself and must compress into a ball in order to fit inside its body.

Having large sperm has its advantages, particularly when it comes to battling other sperm for the right to fertilize an egg. As every person who sat through sex ed knows, there are always multiple sperm in the race to fertilize a single egg. This is as true in ostracods as it is in humans. However, ostracods mate in swarms of mingled males and females, so the sperm of any given male is competing directly with the sperm of other males. Under these circumstances, the males with the largest sperm are favored to pass on their genes more often than those males with lesser sperm.

A 1999 study of roundworms published in Proceedings of the Royal Society B confirms that larger sperm tend to win out over their punier competitors. It’s not clear why larger sperm have such an edge, but the trend has been identified in numerous studies. Meanwhile, the advantages come with a cost. Huge sperm may prevail in tête-à-têtes with rivals, but they require a lot of energy to produce, so each individual can only generate a relatively small number of the larger sperm.

Perhaps even more counterintuitive, these sperm do not have the tail, or flagellum, that helps most sperm swim toward their date with destiny. They consist only of an elongate head, and move using specialized structures in their cell membranes. Tube-shaped structures along the length of the sperm contract in sequence, spinning it like a corkscrew and creating ripples along its length that drag the sperm forward. The process is not very efficient, so it’s not surprising that these giant sperm are poor swimmers.

In ostracods and a few similar organisms, as sperm size increased, specialized structures called Zenker organs developed in order to aid the sperm on its journey. The unusual organs, tube-shaped and packed with muscles, apparently serve as launch tubes for the huge sperm. The Zenker organs are necessary to give the sperm enough velocity to cover the distance between mating individuals—they literally fire balled-up sperm at the female. On the receiving end, female ostracods have correspondingly deep sperm receptacles: this structure is also longer than the female’s entire body, and must bend in different directions in order to fit inside her tiny body.

Despite these limitations, ostracods have doubled down on this strategy. Over multiple generations, sperm size increased, finally reaching the massive form found in the ancient Australian rock. And in that form they have remained—the reproductive system of modern ostracods is basically unchanged for at least 16 million years. The discovery of this ancient sperm sample proves that despite its disadvantages, the jumbo sperm system is a successful adaptation that has had no need to evolve for millions of years. 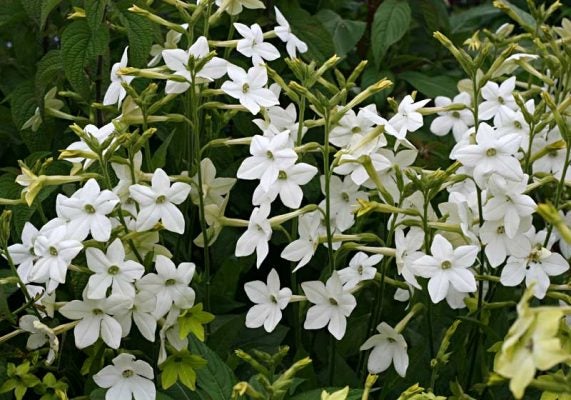 A Tobacco Plant that Could Cure Cancer?

Finding anti-cancer agents inside tobacco may seem like a pretty strange coincidence, but it’s not unheard of to find help in harmful places.