Should Banksy be on the West Bank?

Who is Bansky better serving with his artwork in Gaza? Those living on the bank itself or his personal brand? 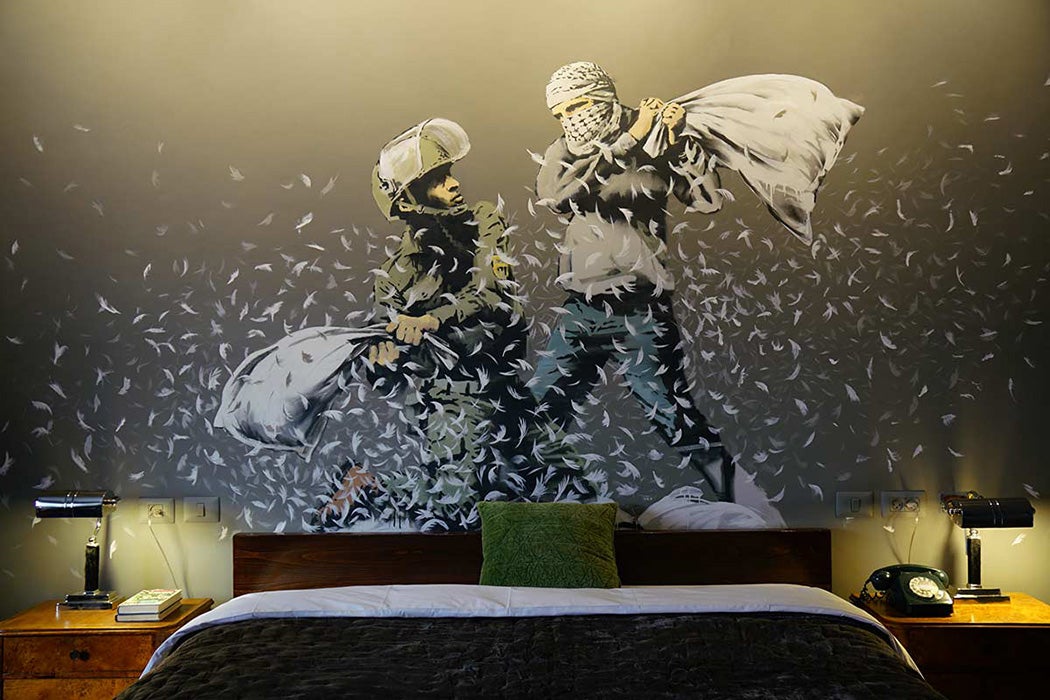 Early in November, the artist Bansky once again drew headlines. Not for his iconic graffiti, but for a party he threw at the most unlikely of places: the West Bank.

The party wasn’t meant to be festive, but rather a biting critque of the Balfour declaration, the 1917 public statement in which the British government supported the creation of a “national home for the Jewish people” in Palestine, setting off the ensuing decades of Israeli/Palestinian conflict. Like much of Banksy’s work, the party was provocative and unapologetic. The event took place right under the hotel he owns in front of the Bethelehem Wall (so tourists could get longer-term exposure to the “worst view in the world”).

Who is Bansky better serving? Those living on the West Bank itself or his personal brand?

It was local Palestinians themselves who took issue with Banksy’s protest/party, objecting to the use of Palestinian children and the British flag, a reflection of continuing friction between locals and foreign activists. Was this about raising awareness of a local issue? Or about garnering publicity for the Bristol-based artist?

A 2011 article in Anthropology Today was already questioning Banksy’s role in the region, asking the: who is Bansky better serving? Those living on the bank itself or his personal brand? Alexander Koensler and Cristina Papa note: “…activism in this context has had a tendency to address issues in ways that diverge from the approaches of the parties it seeks to defend, and there is a related risk that activist participation and circulation can become ends in themselves.”

In an example of activism being more beneficial for the activists than the acted-on, in May of 2007, twenty activists from Tel-Aviv, Galiee, Jerusalem and the U.S. ventured into the Negev desert to Bedouin villages to rebuild buildings and wells. The journey was enriching for the group themselves, as they bonded over working, campfires, and their shared experience. But Koensler and Papa point out that no Bedouin people got involved, and that “the project’s achievements for the community were limited: the well the activists worked on was a few kilometres away from the Bedouin dwellings, and it is easier for villagers to access water from nearby Israeli irrigation pipelines.”

The paper continues with multiple examples of well-meaning but tone-deaf activists, and even interventions which had negative repercussions for locals. Nonetheless, the presence of activists—especially prominent ones—is undeniably useful. Attention drawn by well-known figures “invites action,” and comes with political clout that locals may not be able to muster. What, then, is the solution to the friction between an activist’s personal interpretations and activities, and the realities on the ground?

Koensler and Papa suggest that the answer lies with the activists and intellectuals themselves making sure that they investigating not only the problems around them, but their own views and motivations as well: “If activism, by conveying conflicts in stark and comparatively simple terms by means of a limited set of tropes, invites action, then it is the task of academic productions such as anthropology to invite reflection, and engage in a search for the subtleties embedded in local understandings.” 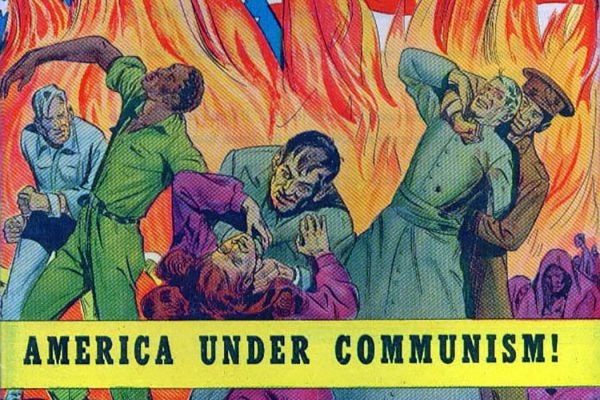 How Hollywood Thrived Through the Red Scare