Scientists vs. Animal Welfare Activists in the 1920s

The movement against vivisection—experiments involving live animals—swelled with women. A group of scientists was determined to stop them. 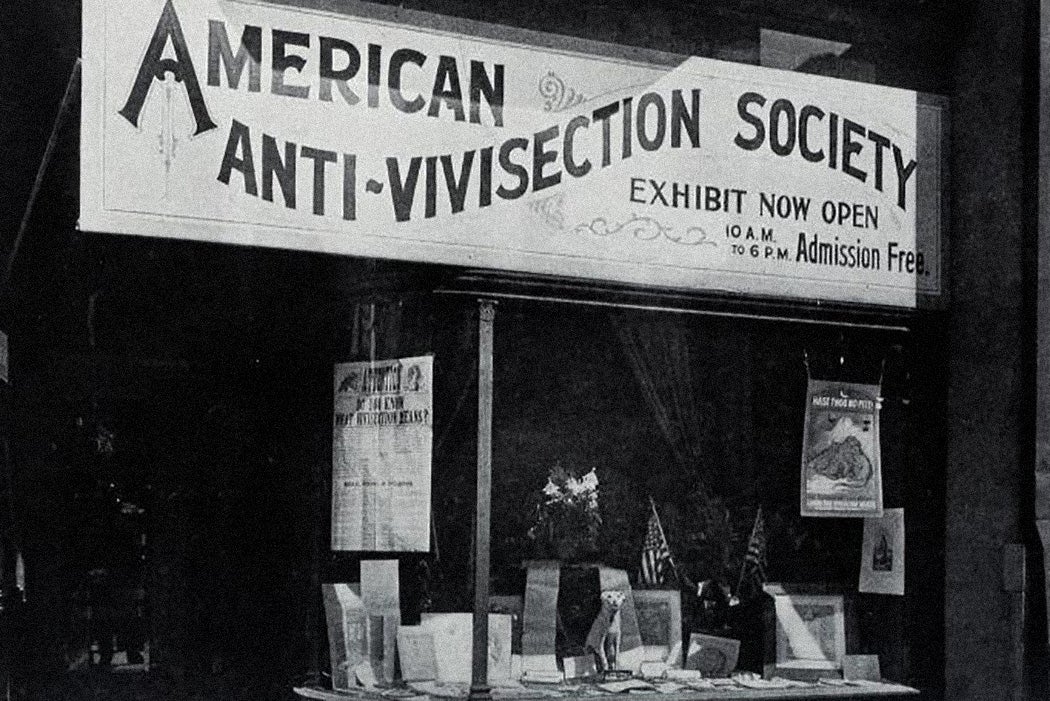 “Believing in science” can be a slogan for many different political positions. In the early twentieth century, Karen D. Ross writes, a movement of scientists and their supporters arose to defend unfettered animal testing, in the face of the threat of the forces of “pseudoscience”—particularly politically empowered women.

Ross writes that antivivisection activism was a longstanding concern for medical scientists who viewed animal experimentation as a key part of their research. In 1876, the United Kingdom created a regime of licensing, registration, and inspection for laboratories that experimented on animals. Animal welfare groups in the United States pushed for similar rules at the state and federal level, and some even wanted a total ban on animal experimentation.

One scientist wrote to a leader of the council that antivivisection forces were supported by “scores of cranks and misguided women.”

In 1890, a group of medical scientists launched an effort to monitor and counter these activities, eventually formalized as the American Medical Association’s Council for the Defense of Medical Research. The committee worked behind the scenes, using leverage points that included relationships between politicians and their personal physicians, to kill antivivisection bills in committee.

However, Ross writes, animal welfare activists were gaining more power. This trend was closely related to women’s suffrage, as a 1915 legislative debate in California demonstrated. Women there had won the vote in 1911. When legislators proposed giving humane societies the right to observe and investigate animal experimentation in state laboratories, one scientist wrote to a leader of the council that antivivisection forces were supported by “scores of cranks and misguided women. I fear the governor will yield to popular sentiment, which is of course on the wrong side.” The council mobilized physicians and other allies to oppose the bill, and the governor eventually issued a pocket veto.

But the pro-vivisection forces wouldn’t rest easy. Their opponents were increasingly collaborating with Christian Scientists, antivaccine activists, and others who worried about medical doctors’ power. By 1920, the council’s leaders were discussing the creation of a lay organization to fight the animal welfare activists in the arenas of politics and public opinion. One leader, Walter Cannon, proposed forming an alliance with Corinne Keen Freeman—the daughter of Walter Keen, a council leader and the first U.S. brain surgeon—whom he described as having “high intelligence, great energy, and large experience in practical affairs.” But Cannon’s colleague Simon Flexner warned against bringing in an outsider who would be beyond the scientists’ control. “Could we do with less than a young, well-informed, literary, responsible medical person—a man preferably—as active head, if we went into the matter?” he asked.

Ultimately, Ross writes, one of the council’s allies, zoologist Thomas Barbour, did form a lay organization, the Society of Friends of Medical Progress (later changed to the “more viral” American Association for Medical Progress). Its effectiveness was limited, partly because Flexner was never fully on board with letting it operate autonomously. But as animal experiments yielded medical breakthroughs and acceptance of scientific ideas like germ theory grew, the “anti-science” forces diminished as a threat until much later in the twentieth century.

Recruiting "Friends of Medical Progress": Evolving Tactics in the Defense of Animal Experimentation, 1910s and 1920s
By: KAREN D. ROSS
Journal of the History of Medicine and Allied Sciences, Vol. 70, No. 3 (JULY 2015), pp. 365-393
Oxford University Press