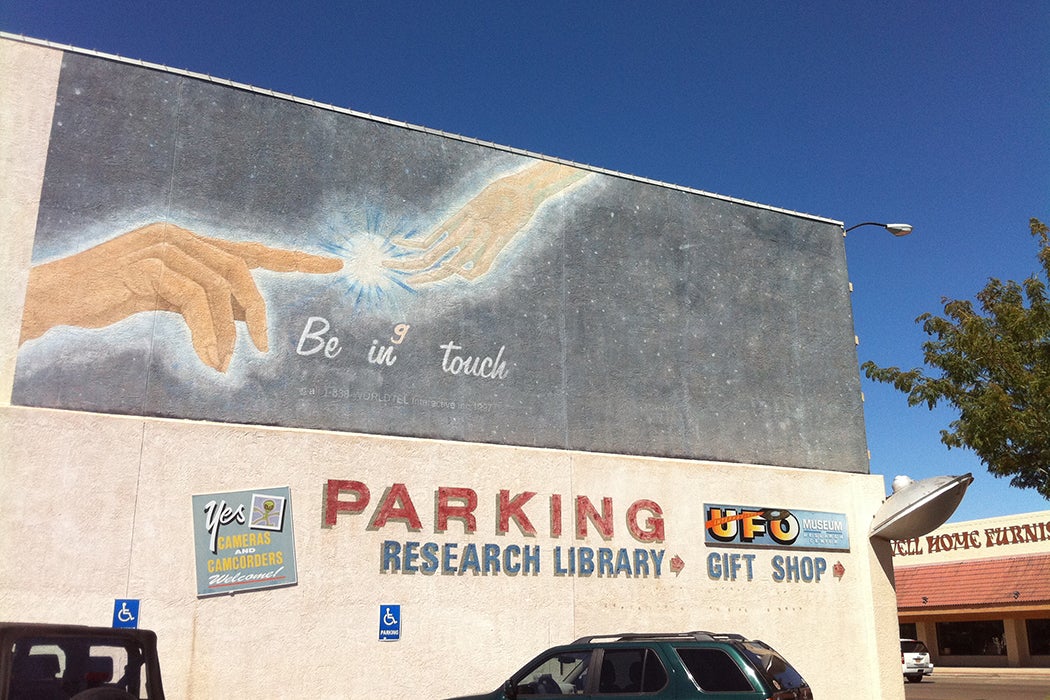 This month is the 70th anniversary of… something in Roswell, New Mexico. Officially, a balloon being tested for the monitoring of Soviet nuclear tests crashed. But curiously, the military’s own initial press release said the crash was of a flying disk. A brief UFO craze resulted from the events of the summer of 1947. And there the story ended—until the late 1970s, when an alternative story began to emerge. It wasn’t a balloon after all: it was a spacecraft whose remains, including alien beings, had been kept secret since.

Today, “Roswell” usually indicates an inside joke and/or the site of a vast conspiracy. Popular culture has made the town a household synonym for aliens, secrecy, and decades of cover-ups, thanks to Unsolved Mysteries, The X-Files, Alien Autopsy, Independence Day, and Roswell. Meanwhile, the “Roswell Incident,” as it is termed, is marketing gold: Roswell features “aliens” painted onto the globe streetlights, a McDonalds shaped like a flying saucer, and UFO welcome mats for sale at the tourist information center.

Pilgrims collect the holy dirt both at Roswell, New Mexico and at a Catholic shrine site in Chimayó, Mexico.

But the Roswell phenomenon is also something else, as Jeremy R. Ricketts explains. For “the truth is out there” believers, the New Mexico city has become a sacred space, a place to visit and commune with multiple alleged crash sites. Ricketts compares Roswell, now the site of the International UFO Museum and Research Center, and the village of Chimayó, also in New Mexico, and the location of a famous Catholic shrine. He argues both places “straddle a space between the sacred and the profane, and between the commercial and the spiritual.” Such sacred spaces, he argues “can act as screens upon which tourist-pilgrims project their hopes and desires.”

But these places don’t just happen. They are “largely social constructions created by interpretive communities that work to re-enchant believers and tourist-pilgrims who seek deep meanings in sacred geographies.” Ricketts details how both Chimayó and Roswell sites have been built up over the years. At both places, for example, pilgrims collect the supposedly holy dirt.

Ricketts dates the apotheosis of Roswell to 1980 and the publication of The Roswell Incident, which “served as a new creation myth that began the canonization of Roswell as the pilgrimage destination for UFO enthusiasts.” As at Chimayó, “a coherent and unified genesis is not necessary to sustain powerful belief.” Of course, not everybody has the same agenda in Roswell. The Chamber of Commerce, conspiracy buffs, evangelicals, and New Agers don’t necessarily mix, but as at Chimayó, syncretism, the blending of differing political/philosophical/theological concepts, proceeds apace.

Ricketts argues that the contemporary world is in a state of “disenchantment” (the term is from Max Weber), drained of meaning and spiritually vacant. Little wonder seekers converge on New Mexico, branded as the “Land of Enchantment.” There, ancient native legends and Spanish Catholic religious traditions converge at Chimayó, while Space Age/New Age optimism about aliens mingles with conspiracy and paranoia in Roswell. 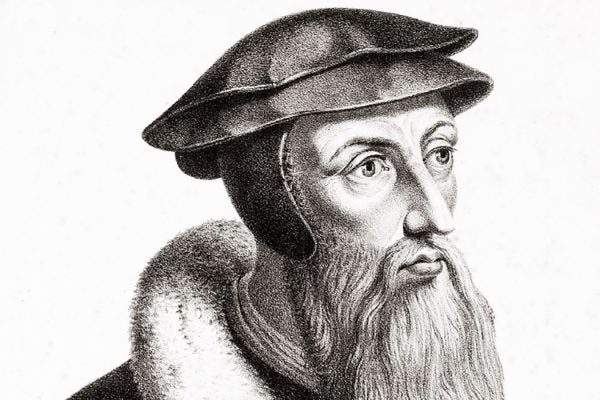 Both the blame and the credit for capitalism has often been placed at the feet of a 16th-century Christian theologian named John Calvin.